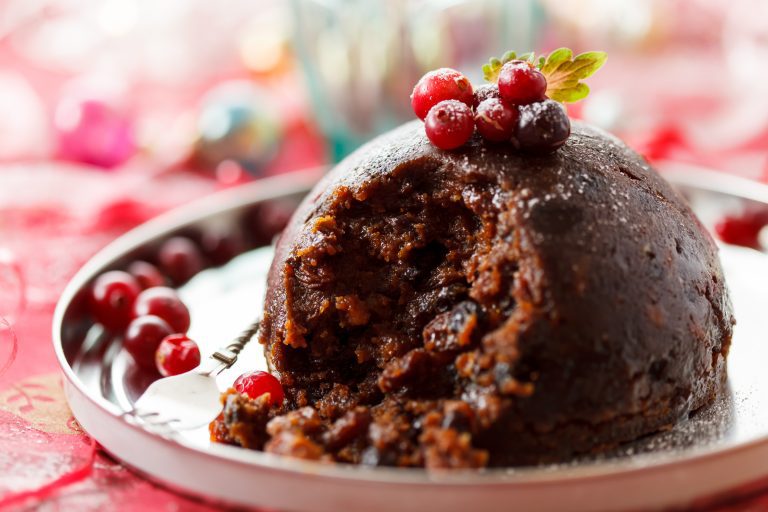 It was the Queen herself who launched this unique pudding competition to celebrate her Platinum Jubilee. Who will win?

There is nothing more British than a good pudding, the quintessence of English cuisine that couldn’t be missing for the celebrations of Her Majesty Elizabeth II. In fact, it’s tradition for the monarch to celebrate her years on the throne with a typical pudding, this year created especially by... whoever wins the competition! For Queen’s Platinum Jubilee, Buckingham Palace will run the competition in partnership with Fortnum and Mason, the tea room that has made afternoon tea history, and former ‘Great British Bake Off’ judge Mary Berry, that launched the competition. A dessert fit for the Queen to follow 1953’s coronation chicken, a combination of cold cooked chicken meat, herbs and spices, and a mayonnaise-based sauce.

There are few but strict rules to follow in the competition: it must be a good recipe, of course, but above all suitable for amateur confectioners. Not excessively elegant or sumptuous, but rather a creation that fully reflects the soul of the pudding: unfussy, poor and delectable. And, of course, it must be dedicated to the Queen! Entries must be anonymous, and the dessert must fit into the pudding category, which according to Fortnum and Mason excludes all sponge cakes but not shortcrust pastry tarts, which are instead accepted as well as steamed sponge cake to create sponge pudding. Among the first participants who have already joined, there are original recipes such as the jelly-like iPad where a scene from The Crown is depicted, a Range Rover-shaped cotton candy in honor of Prince Philip, and even a trifle with a missing layer to symbolize Harry.

The celebrations will take place over the four-day bank holiday weekend from June 2 to 5, and will culminate with the election of the winning recipe. The contest will be open to all UK residents, however only five finalists will be invited to create their masterpieces for the panel that includes Mary Berry, Masterchef’s Monica Galetti, and current Buckingham Palace's Head Chef Mark Flanagan. The winner's recipe will be served during the jubilee's celebrations and will become available to the public. A great achievement for aspiring pastry chefs and cooking enthusiasts, who will go down in history as the creator of Queen Elizabeth II’s pudding!