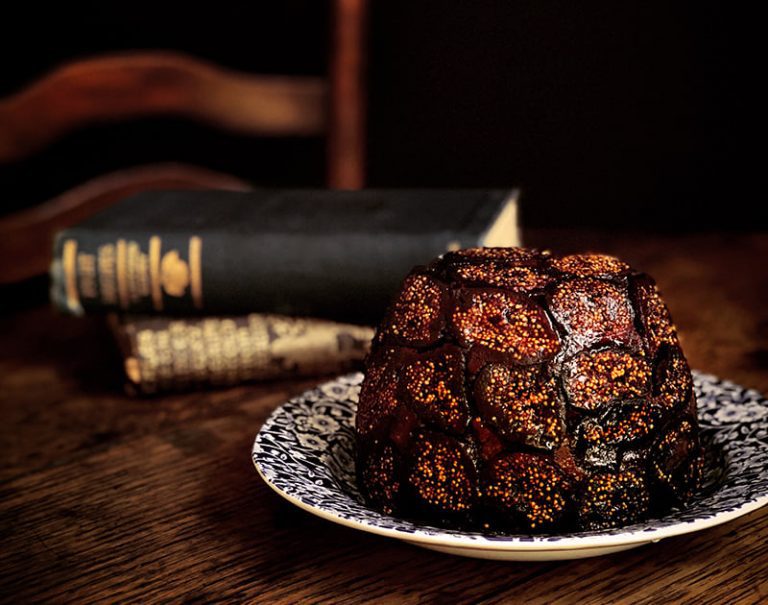 An immoderate passion for British cuisine led Regula Ysewijn to dedicate several books to it. The latest one published in Italy is all about a speciality that tells the country’s history: pudding.

Who is Regula Ysewijn, food historian and British cuisine expert

"There was a time when Europe laughed at British cuisine, and there was a time when many Brits began to laugh at it too. But that time has changed, and will continue to change" maintains Flemish food historian Regula Ysewijn, known on the web as Miss Foodwise. "The blog has been active since 2011, but today I only use it to update readers on what's new". The topic? British food, often forgotten and under appreciated, for Regula "honest and essential". Too long hidden away in academic books, "that's why I started talking about it: I wanted to bring the history of gastronomy within everyone's reach". First with the blog, then with the books: 'Pride and Pudding', 'The National Trust Book of Puddings', 'Brits Bakboek', 'Oats in the North&Wheat from the South', 'The Official Downtown Abbey Christmas Cookbook' (plus one on Belgian cafés, 'Belgian Cafe Culture'). Her passion? Puddings without doubt, recently published in Italian by Guido Tommasi Editori. 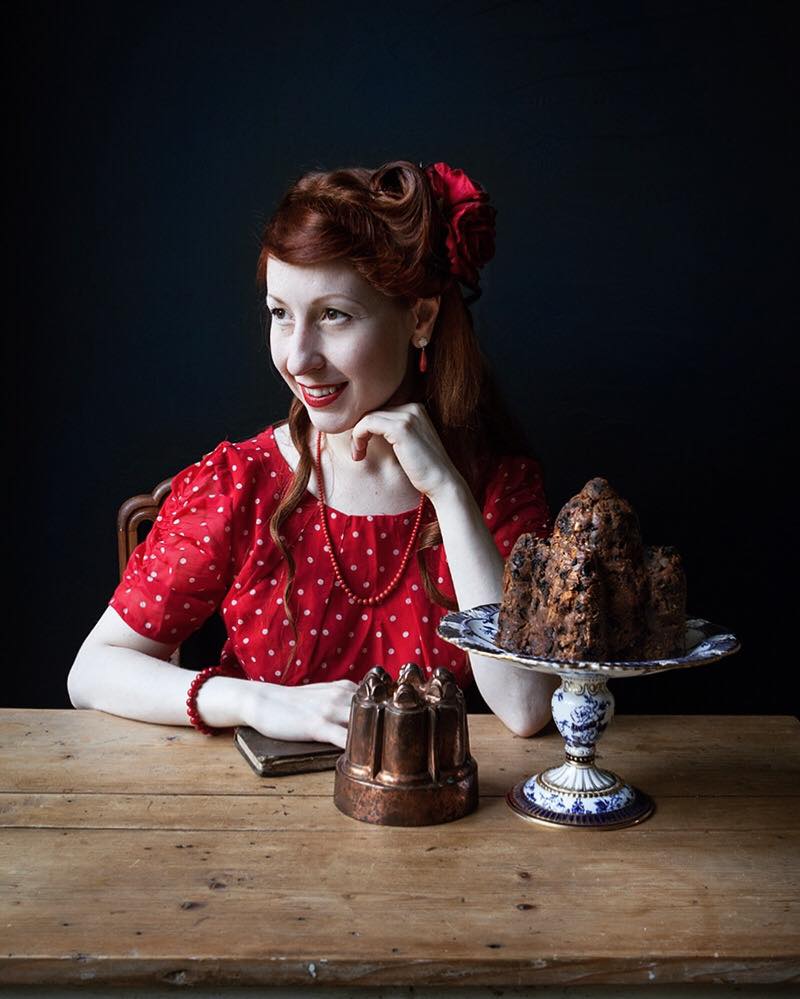 Pride and Pudding, the book on English puddings

Regula took care of the photos and stories, her husband Bruno Vergauwen of the illustrations on each page. A thick volume, full of information, a celebration of English cuisine in its purest essence, "you can't mess with British recipes, you can't hide behind embellishments: what you're going to eat is as you see it". A declaration of love that is at the same time a precious historical compendium, "researching sources is the most crucial part in my profession, otherwise you risk repeating false theories". This is certainly not the case here. In the introduction, she dwells at length on the history of puddings, which is also the history of British cuisine, and partly of the country. The recipes are full of details, anecdotes, tales of places and people, kings and queens, writers and cooks. All those who have sung the praises of a cuisine that over time "evolved much more than the French or Italian one, first because of the presence of invaders, then because of the religious consequences of the Protestant Reformation".

Pudding from the Romans to the Middle Ages

It is pudding the preparation that everyone associates with dessert. However, it is linked to the end of the meal only since the 20th century, thus tracing the history of English food. But let's start with the basics, from the etymology that leads in two directions: it could derive from the Latin botellus, sausage, from which the French boudin probably originated, or from the Germanic pud, to blow up. Basically, pudding indicates a mixture wrapped in a natural casing and placed in a mould. This includes boiled, steamed, baked, bread, batter, milk and even jelly puddings. The first record in European literature dates back to 800 BC with Homer's Odyssey, but what is certain is that the dish has always been part of the English diet. From Roman times, when it offered the possibility of cooking something else along with the main course, preparing everything in one pot, to the Normans, who developed a more sumptuous cuisine, bringing techniques, recipes adopted from the Mediterranean areas and especially spices. 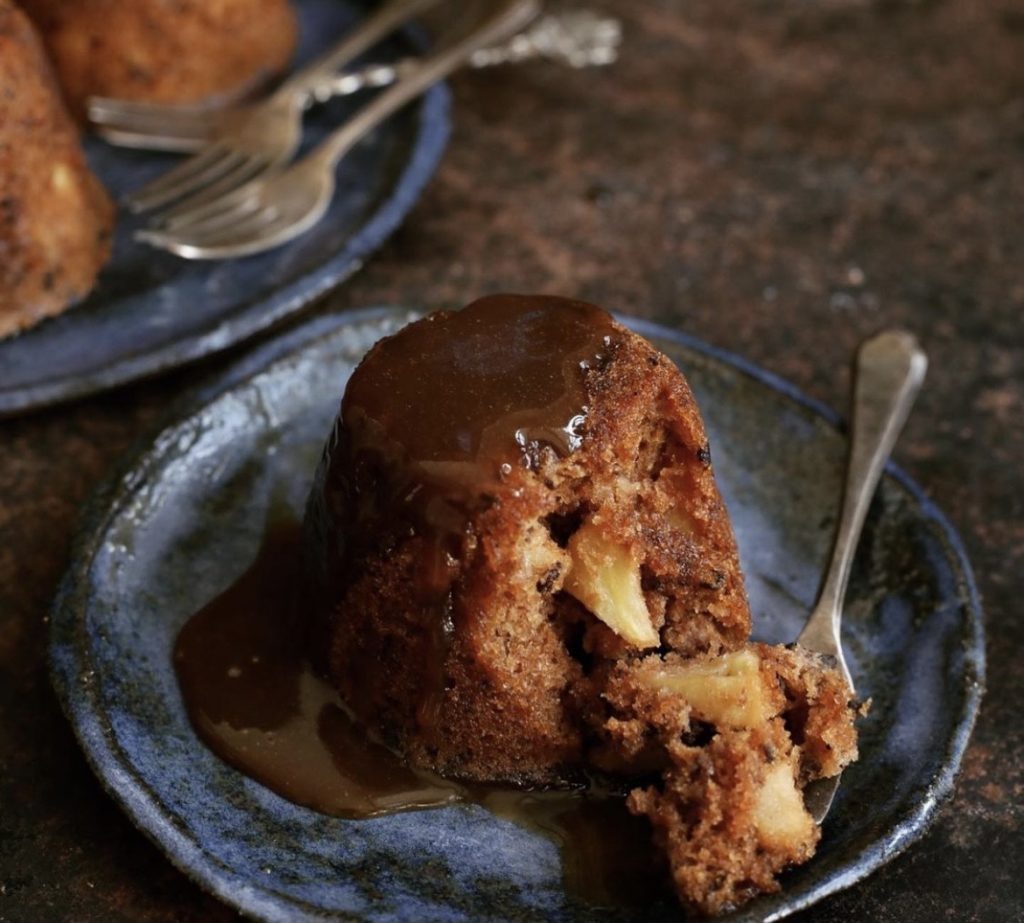 The English Reformation and anti-French cooking

In the Middle Ages, banquets became increasingly opulent, so much so that in 1407 for the installation of Bishop Clifford "a castle-shaped jelly was prepared, with a devil and a priest in the centre of a custard moat". Regula's words flow smoothly one after the other, marking the boundaries of an ever-changing country and cuisine, now opulent, now basic. She focuses on the most influential stages, such as the English Reformation, which banned elaborate dishes, "considered deceptive, Catholic and French", elevating English cuisine to "a form of nationalism". People took a clear stand about food: "Cooking became a political statement. Cooking the old way would have been proof that one was Catholic and not loyal to the king". Later, in the Elizabethan era, pudding recipes began to appear regularly, and sweet puddings ended up on the table of the lord of the manor.

Change of scene. Same set, a century later. In Georgian England more frying pans are produced, glassware is transformed into custard and jelly glasses and containers, blancmange is made in special moulds produced by Staffordshire pottery manufacturers. From the mid-nineteenth century, as the production of copper and earthenware moulds continued to expand, cookery books began to gain in popularity and the first pudding books were published. Eliza Acton, Georgiana Hill, Massey and Sons, Mary Jewry: these were the most famous authors, which gave rise to new recipes and cooking techniques. Another breakthrough came in 1911 with Grimwades, a pottery manufacturer who invented the Quick-Cooker, a mould that no longer required the use of a cloth, "showing the need for simplicity that people were looking for at that time". 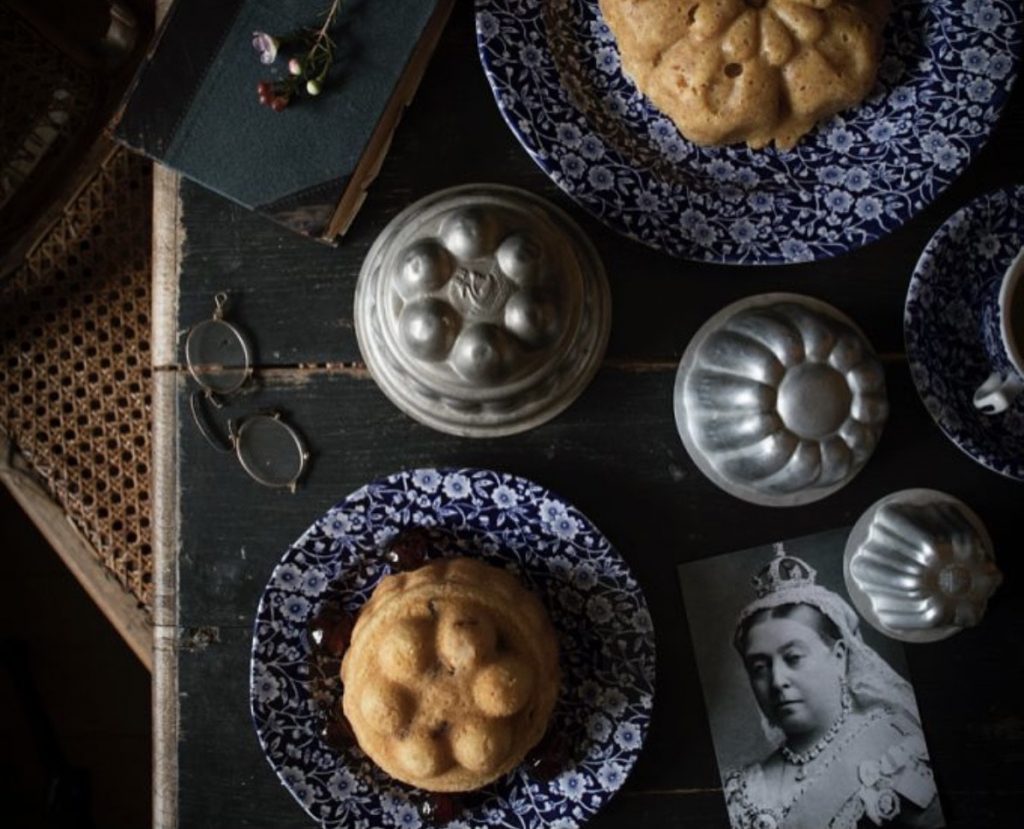 Let's jump back to the 1980s. It was hard to find a restaurant that served traditional English puddings, "the rule back then was all types of gateaux and desserts with a French name". And yet, in the Cotswolds someone believed in it so much so to form a club: the Pudding Club, created by Keith and Jean Turner with the desire to revive the legendary British dessert. Today, the club still meets once a week and is attended by people from all over the world, who can stay in pudding-themed rooms in the hotel who gave life to the club. The only condition is to stick to the Pudding Club’s rules. In the 1990s, elaborate French dishes were making a comeback, so people began to crave "the honest food of yesteryear again: roast beef with Yorkshire pudding and gravy, honey-glazed vegetables, bangers and mash, proper pies and meat puddings... food that fills you up and feeds your soul".

Today English cuisine is experiencing a renaissance, "the restaurant scene offers everything you want at any price. In Belgium we look to the English for inspiration. And then there are the gastropubs, where you can have very satisfying meals". The gastropub phenomenon has been a little, yet great revolution in modern British cuisine, carried out by rock-star chefs such as Marco Pierre White, and by great chefs as Heston Blumenthal, "who built a whole new restaurant concept around the foundations of British food”. Puddings are also gradually making a comeback, "noticed and respected again outside the domestic walls”. The United Kingdom has been praised for many centuries for pudding, "its quintessence in every form. It is the pride of English cuisine. It is pudding. Pride and pudding".

Heat the oven to 180°C and grease the moulds. Butter the bread slices and arrange a layer of bread, buttered-side up, in the bottom of the dish, then add a layer of sultanas. Gently warm the milk and cream together with the mace blade and brown sugar in a small saucepan over a low heat. Crack the eggs into a bowl, add some warm milk and whisk well before gradually adding the remaining milk mixture, beating constantly. Pour the custard over the prepared bread layer and sprinkle with sugar. Bake on the middle shelf of the oven for 20-25 minutes, until the custard has set and the top is golden brown. Serve with vanilla ice cream.