Passion for pizza: a surge in summer sales both in takeout and frozen 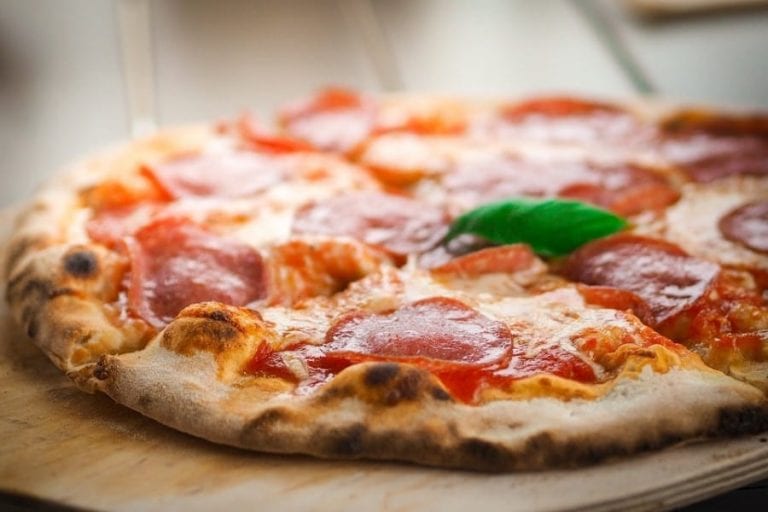 Pizza for Italians is an endless love, especially so in summer. A recent research conducted by Buitoni brand confirms this passion. In the summer months 7 out of 10 Italians choose pizza

The numbers are enough to make your head spin: 56 million pizzas a week, and this figure increases between May and September. In the last decade the business revolving around pizza reached an annual 3 billion. And not just in the pizza joints and at restaurants, often Italians eat pizza as a takeout meal or the grocery store frozen kind. It is this very kind that offers the biggest performance figures, frozen pizza sales reach 11% with an absolute piercing rate of 63%.

According to the Buitoni study, the reasons behind this pizza craze are many: the dish is objectively tasty, it is an identifying Italian cuisine representative (45%), exactly 52% of interviewed subjects chose pizza because it represents a symbol of conviviality and sharing, while for 78%, that’s almost 8 out of 10 Italians, pizza is a complete and quick meal that shortens the cooking process as opposed to a multi-course meal. Furthermore pizza is perceived as a tasty course (67%), yet at the same time wholesome (65%), provided it be prepared with simple toppings and ingredients.

Favorite toppings and the best time for pizza

Thanks to WOA (Web Opinion Analysis) method, Buitoni has surveyed the palate of Italians in much deeper detail. It is thus evident at in Northern Italy the favorite topping is prosciutto and mushrooms (89%), followed by classic Margherita (87%) while in the Southern Italian regions bufala reigns supreme (82%), followed by marinara (71%) and a quirky tuna and onion topping (64%). It is this very pairing that men like best (75%), while women mostly go for the Norma (67%), seafood (59%) or pies topped with cherry tomato, capers and olives (45%).

As far as the best time to enjoy pizza, it’s the weekend: 83% of surveyed subjects said to eat pizza mostly during the weekend, particularly on Saturdays (32%). These figures are completely overturned during summer, when scarce desire to heat an oven, or an increased social life, foster ordering pizza.