Fragrant, colourful, intense or delicate: spirits can be very useful to give character to our desserts. Here are the best ones to use in pastry-making.

Whether it's liqueurs, bitters or spirits, spirits are often found in traditional dessert recipes. Just think of syrups and moistening for cakes, delicately scented with liqueurs diluted in water or milk, sweet peaches stuffed with cream or chocolates with rum or brandy. Here is a list of the best alcoholic beverages to use in pastry making.

Liqueurs and spirits for confectionery 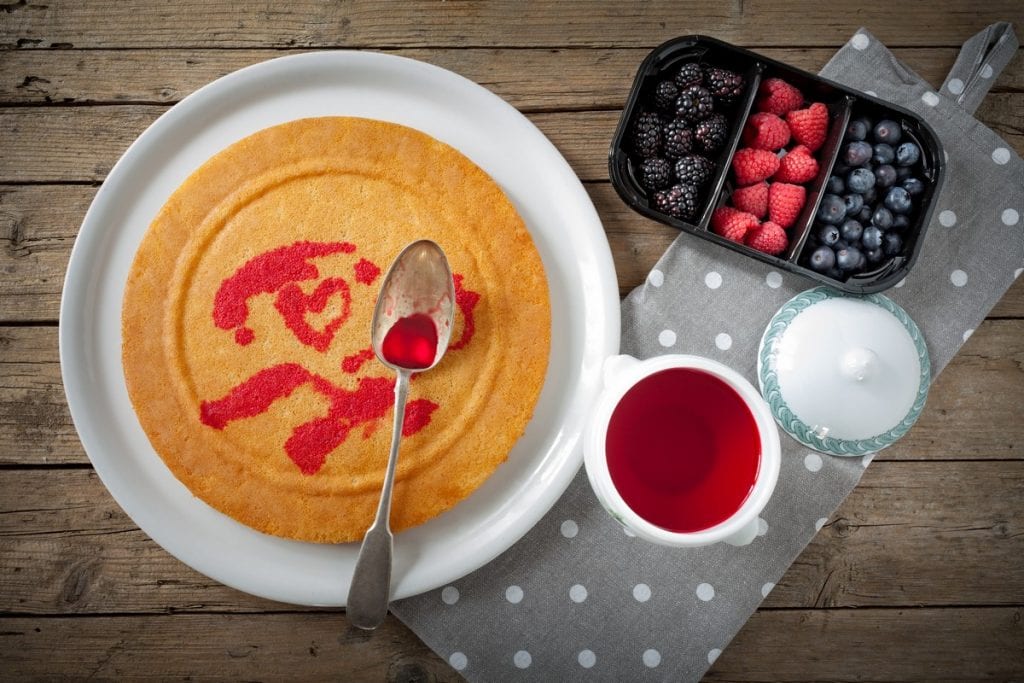 It is the main ingredient for a good Italian version of the trifle recipe, the beverage that gives taste but above all colour to the pudding: alkermes is a liqueur that has always been used pure in pastry, mostly in central Italy, with a good chance of Arab origin. It was, however, the Spanish who introduced it to Italy, where it found fertile ground in the city of Florence: it was there, in fact, that it was prepared in the Officina of the friars of Santa Maria Novella, where it was known as an elixir of life. Among its greatest admirers, Caterina de' Medici who, once married to Henry II of Orléans, made the product known also in France, where it was called "liquore de' Medici." The first to transcribe the recipe in 1743 was fra' Cosimo Bucelli, director of the Officina, while the first price list dates back to 1859. The name derives from the Arabic al-qirmiz, which means cochineal, a term used to indicate the dye obtained from insects of the same name that gives the drink its typical deep red colour. Crimson, to be precise, a dark shade that gives shocking pink reflections in pastry mixtures. 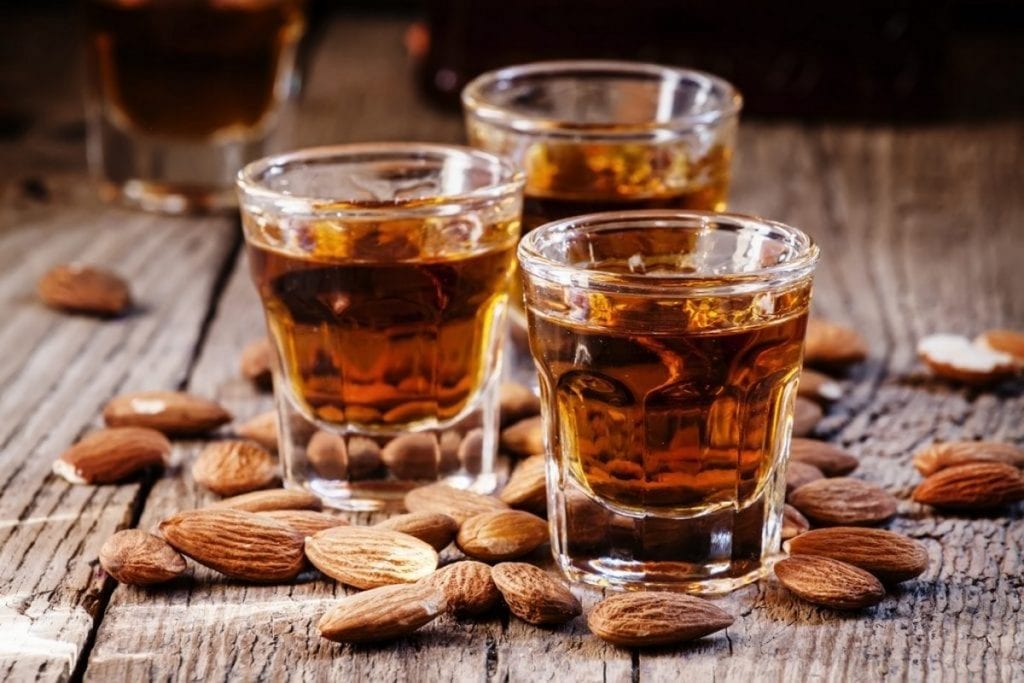 Despite the misleading name, amaretto does not fall into the category of bitters: it is instead a full-fledged liqueur, made with herbs, bitter almonds, cherries, plums, cocoa, herbs and sugar. A drink born in the 16th century in the city of Saronno, according to the folk tale from the idea of ​​a local innkeeper who offered the elixir made of herbs, toasted sugar, bitter almonds and brandy to the painter Berbardino Luino, at the time in the city to paint a fresco in the Sanctuary of the Beata Vergine dei Miracoli. The artist appreciated the beverage so much that he made it known to everyone, and in this way the liquor also spread outside Saronno. Today amaretto is one of the most popular Italian products abroad and is mainly produced in two historic factories in Saronno, one at ILLVA Saronno, which markets the well-known Disaronno brand, and one from Paolo Lazzaroni & Figli, manufacturer of Amaretto Lazzaroni 1851. In pastry making, it is perfect for scenting soft and aromatic cakes, pound cakes or muffins: it goes well with chocolate, but an interesting idea can be the combination with apples in the classic Italian apple cake or in a strudel. 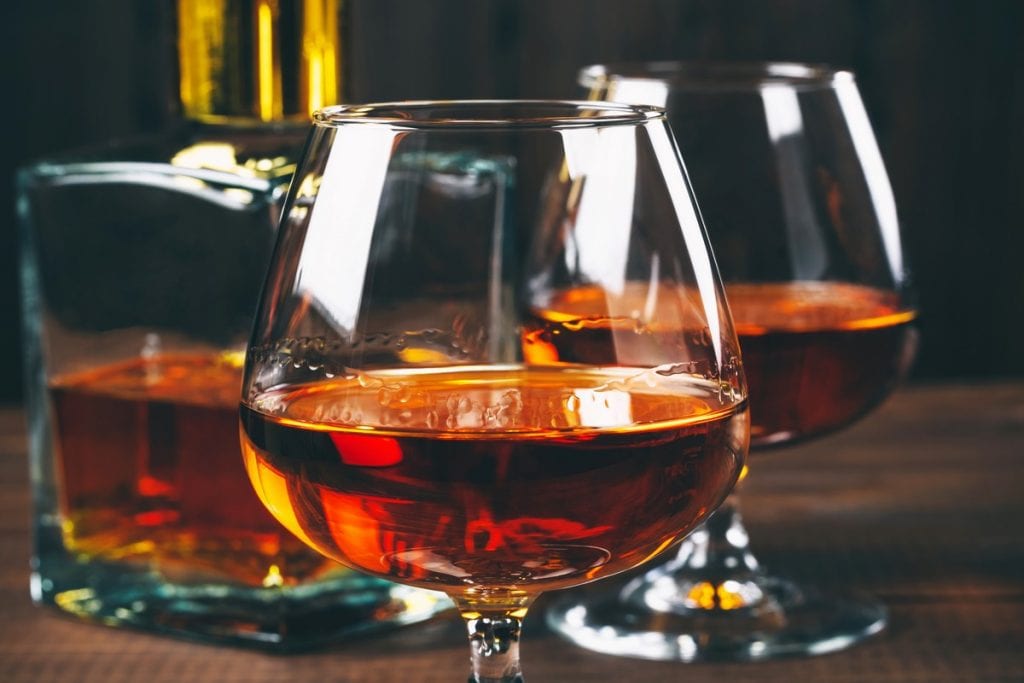 Obtained from the distillation of white wine, this French brandy is aged in oak barrels and produced in the city by the same name. The first written traces of cognac date back to 1622 and it seems it was the Dutch who went up the Charente river to teach local farmers the distillation of wines not suitable for enduring long journeys. Chocolate is undoubtedly a faithful companion of cognac: in fact, filled pralines, or a simple chocolate cake dipped in the distillate diluted in water, are delicious. Also try it in a chocolate pastry cream or - why not? - even with coffee. 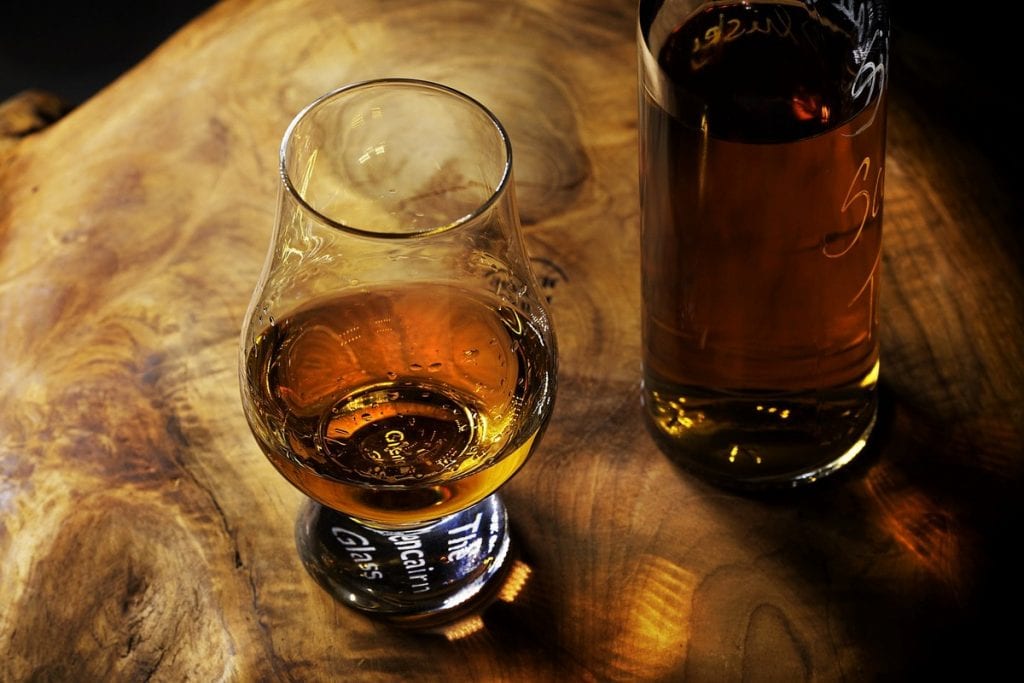 Obtained from the distillation of sugar cane molasses with its own juice, rum is one of the most popular and appreciated spirits in the world. Although the best known is the Caribbean one, rum was actually born in London in the 15th century. Immediately, the drink was successfully received, so much so that King Charles II Stuart in 1664 decided to found a distillery in the American colonies, in the area that today corresponds to Staten Island. This was followed by one in Boston and then many others scattered around the various colonies, until rum was transformed into the flagship product of New England. So much so that it became a common currency, a valuable and sought-after exchange commodity. In addition to being used as a moistener for certain cakes, rum can also be added directly to the mixture of various pastries, for example in the typical "chocolate salami." The perfect match, however, remains the one with the classic Neapolitan baba. Say Sambuca and you say Molinari. Indeed, it was Angelo Molinari who launched the product on the international market in the 1940s, but the drink was invented by Luigi Manzi in 1851 who, in a letter found in the family's archives, writes: "I produce a fine anisette which is very good for the stomach after a meal, called Sambuca because of sambuchelli, the water workers in my parts who go to the fields to quench the thirst of the farmers by bringing them a mixture of water and anise." In fact, Sambuca was immediately appreciated for its digestive properties, as well as for its pleasant and aromatic flavour. Because of its intense aroma it can be very useful in pastry to give personality to chocolates, creams and puddings. 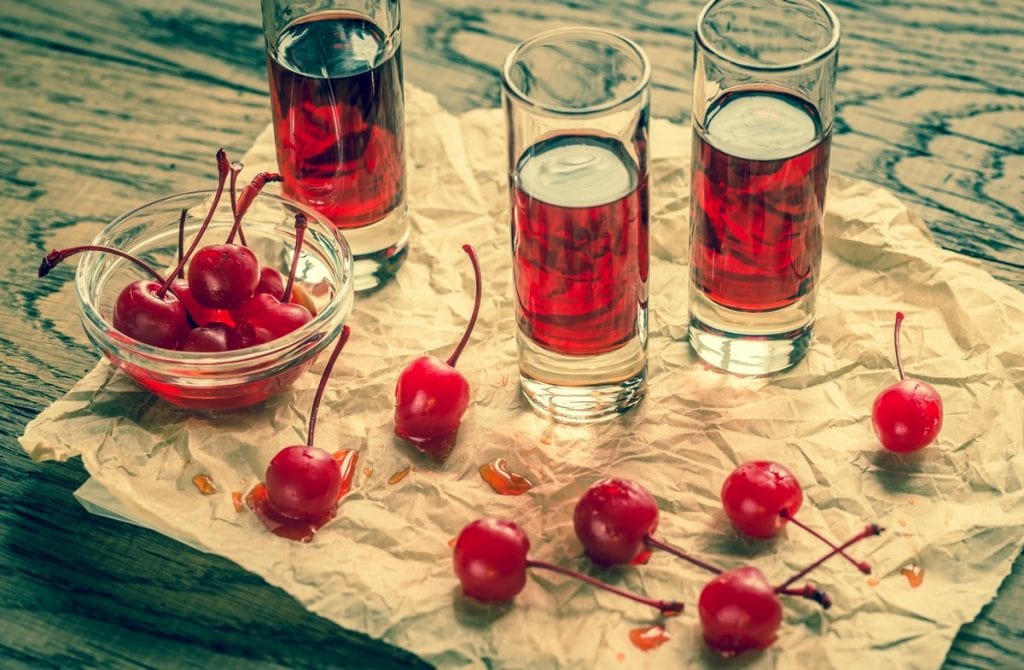 Marasca (morello) cherries are the fruits used for making maraschino, a liqueur made with cherries in an alcoholic infusion and then enriched with a syrup made with water, sugar and other ingredients. A specialty born in Zadar in the Middle Ages, whose recipe was developed by the pharmacists of a Dominican monastery in the city. On the other hand, it was the Venetian merchant Francesco Drioli, who perfected the product and began to market it in 1759, who started industrial production. In the same year, the Drioli maraschino factory was born, which was immediately successful in foreign countries, Austria and England in primis. Maraschino goes very well with all fruit desserts, from apple and pear pies to puddings: try it in a strawberry or peach tiramisu and you will not regret it. 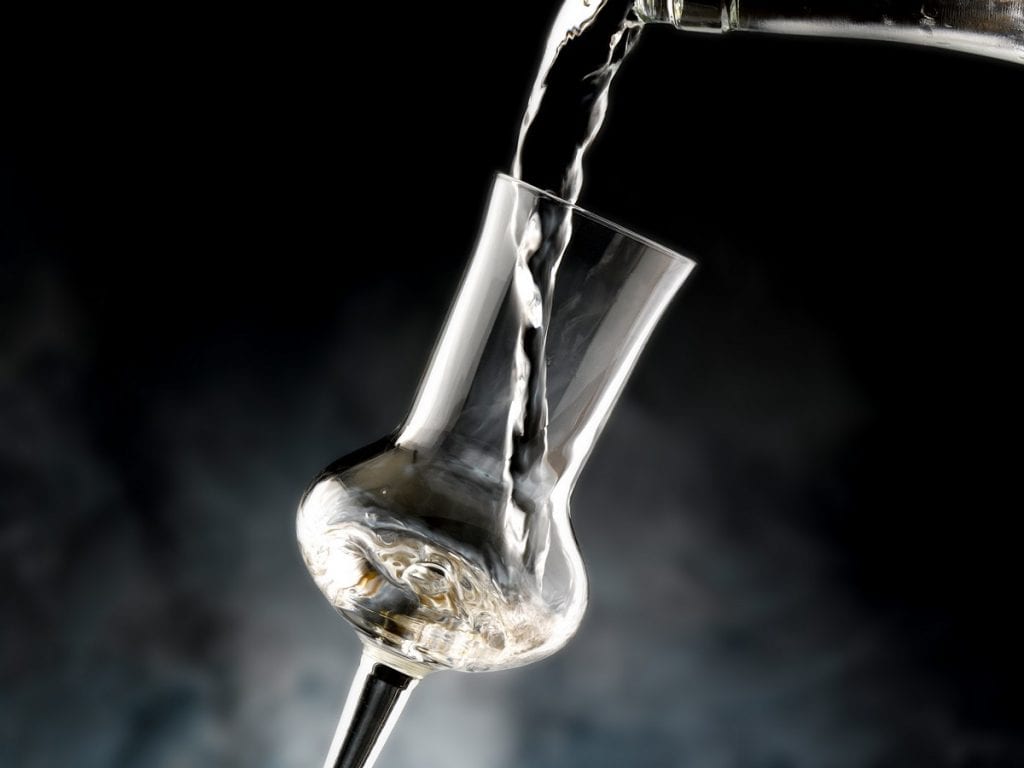 The name "grappa" is reserved exclusively for marc acquavit made from raw materials obtained from grapes produced and vinified in Italy, and distilled domestically. It is a liqueur obtained from fermented pomace and distilled directly by means of water vapor or by adding water to the still. The origin of the name, despite appearances, is not geographic, although right next to Monte Grappa there are two of the most famous Italian distilleries (Poli and Nardini in Bassano del Grappa) that may suggest a territorial link. In actual fact, the word grappa derives from the medieval Latin "grappolus," meaning bunch of grapes. Originally a waste product destined for the poorer classes, grappa has undergone a great evolution in recent years and, in addition to being a good distillate to imbibe, it's also very useful in pastry making. 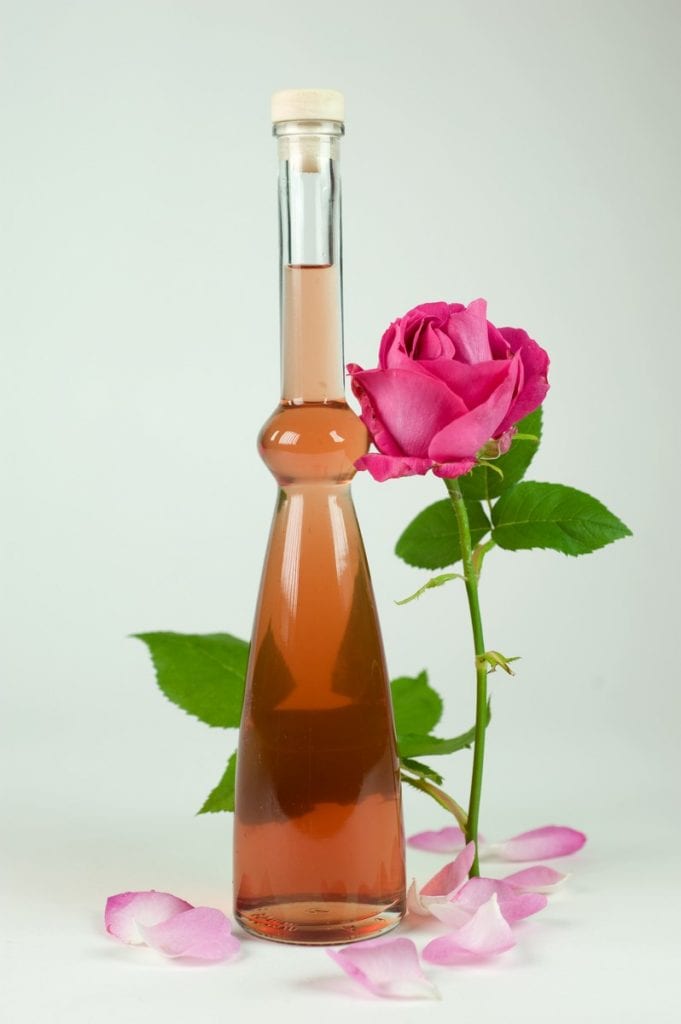 During the Renaissance it was perhaps the most widespread drink, also portrayed in books and films, starting with Collodi's "The Adventures of Pinocchio," in which the blue fairy gives a candy filled with rosolio to the puppet; ending with Disney animation, where Rosolio is the name of the suitor repeatedly rejected by the sorceress Amelia. As the name suggests, it is a liqueur derived from rose petals and often used as a base for the preparation of other drinks. A specialty born in convents, thanks to the inventiveness of the nuns who macerated the petals in alcohol to obtain a liquid to offer to the most important guests, often as a post-meal digestive. In the past, it was very popular on great occasions, especially during weddings: it was in fact offered to spouses as a sign of good luck. Today, there are several rosolios on the market and not only made with roses: they can also be produced with aromatic herbs or fruit. In any case, with its delicate flavour, rosolio is ideal for scenting even the lightest desserts. 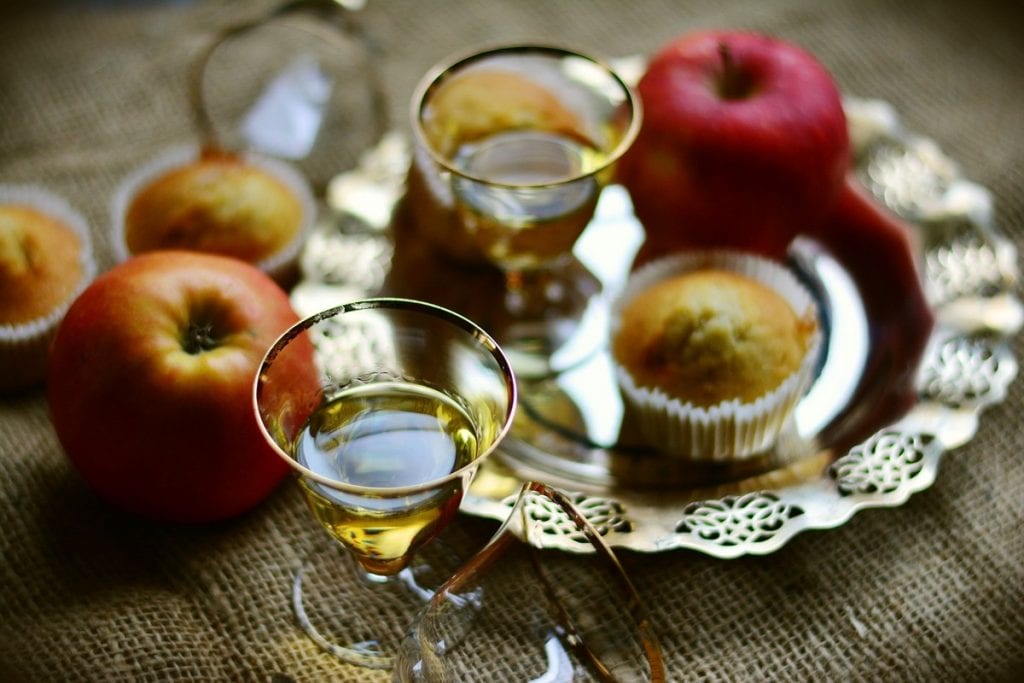 Another perfect alcohol to use for desserts is brandy, a product born thanks to Islamic alchemists of the 14th century. It was spread by the Spanish of the south-western colonies and still to this day, in fact, the brandy of Jerez de la Frontera––city on the border with Morocco––is among the finest and most sought after in the world. Diluted with sugar or milk syrup, the brandy can be used to moisten cake layers before frosting or filling with creams or mousses. Or in purity, to add to the dough of baked desserts, puddings or even to flavour pastry cream, both classic or in the chocolate variant.