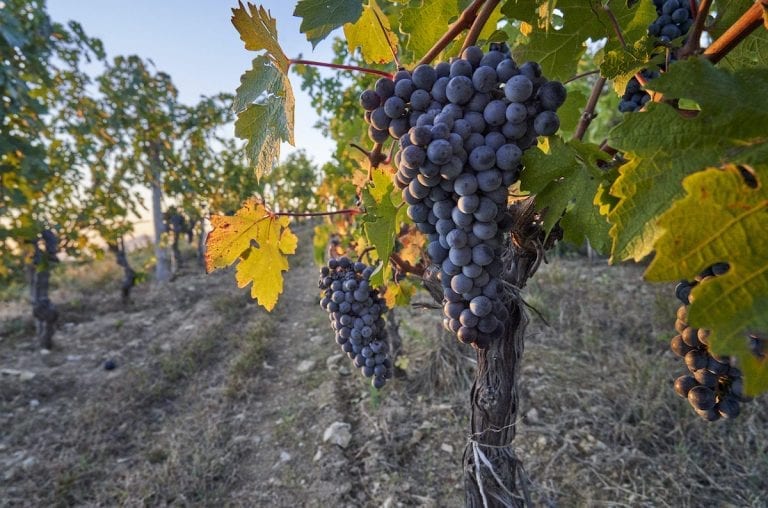 Domaine Long Dai, Chinese winery of Domaines Barons de Rothschild (Château Lafite) is located in the north-eastern province of Shandong, in the Qishan Valley, about 25 km from the coastal city of Yantai where the temperate climate is influenced by the Yellow Sea. In this region, temperatures vary between –5°C and 1°C in January, and 24–28°C in July, with humid summers and cold, dry winters, and annual average rainfall of between 550 and 950 mm. Long Dai has about 30 hectares of terraced vineyards, mostly planted in 2011, on granite soils. The grape varieties are Cabernet Sauvignon, Cabernet franc, Merlot and Marselan.

“Our family has been producing wine in Lafite for 150 years, so it’s in our culture to be patient and take the time to make sure we release a wine we are proud of,” DBR President Saskia de Rothschild said at the presentation in September 2019, speaking of the first vintage of Long Dai 2017. “It’s the first chapter of a very long history as wine producers in China.” An important label––recently indicated by the American critic James Suckling as the second best wine produced in China––selling at 380 euros per bottle. There is also a second label, Hu Yue 2018.

Now to continue the Chinese history of this legendary French company is Denise Cosentino, Italian oenologist veteran of China, who had previously worked at Château Nine Peaks in Laixi, also in Shandong. In an exclusive interview she talks about the characteristics of the winery, the harvest that has just ended and how the company deals with the various steps leading up to the bottle.

Firstly, tell us about the 2020 season trend in Shandong

2020 was a definitely cooler year than 2019, which went down in history as the driest of the last 50 years in Shandong. During the 2020 vegetative season we recorded lower temperatures and low intensity but recurrent rainy episodes. This year, spring––in the region is generally dry––was instead rainy.

And was this an obstacle or a benefit?

These rains, which fell at the beginning of the season, were beneficial for the recovery of the vineyard and for a rapid start of vine growth, especially after a season, like the previous, marked by extreme drought. Starting from veraison: the recurrent rainfall generated important phytosanitary pressure that we had to deal with promptly.

In these cases, can you explain what the philosophy of intervention is in the vineyard?

Plant protection is based on knowledge of local diseases and the application of sustainable agriculture principles. The number of interventions and the application rates depend on the monitoring of the vineyards. An important reflection is carried out on the physiological response of the vineyard in this particular context to find the best balance between climate, soil and vine. Many experiments and studies are conducted to better understand this specific interaction, commonly called terroir in France, and to find the most appropriate management to produce the best wine.

The feature of Long Dai is approximately 30 hectares of terraced vineyards. Please explain its salient features.

Precisely, to date, Domaine Long Dai vineyards cover an area of about 29 hectares, divided over 56 plots, in turn divided into 445 terraces. (More than 9,000 kilometers of stone walls were built around the vineyards, Ed.) Overall, it’s a homogeneous soil consisting of an easily degradable granite base. These different stages of granite deterioration generally depend on the contour lines but also on anthropogenic modifications. The terraced layout therefore presents an important level of heterogeneity, not only between the parcels, but also within them.

Does this heterogeneity impact the vines

This diversity has a direct influence on the vigour of the vine and therefore on its physiology. Given that there are numerous grape varieties, numerous types of soil and numerous terraces, heterogeneity is a determining factor for us, which we take into consideration as well as in the management of the vineyard, to adjust the harvest dates with precision, in order to associate particles of homogeneous maturity.

How long does the harvest take and how was it structured?

The beginning of the harvest and its duration is subject to this heterogeneity and varies from one season to another according to the physiological behavior of the different varieties, on the different terraces. Therefore a meticulous zoning of the plots is carried out every year according to the balance of maturity for each terrace, in order to decide the optimal harvest date. Generally, the harvest begins in mid-September with the earliest varieties and continues until mid-October for the later varieties. It’s carried out in several steps, manually, in boxes with a capacity of about 15 kg. This year the harvest was longer, with several steps, for a total of 25 days. The first varieties were harvested in mid-September, the last terraces of Cabernet Sauvignon grapes were brought to the cellar at the end of October.

What are the yields?

As the vineyard is still young, yields have been kept low (around 5 t/ha) with limited production to optimize phenolic maturation.

In the context of this vintage we are satisfied with the results obtained on the different varieties, especially on the main ones: Cabernet Sauvignon, Marselan and Cabernet Franc because they were able to best cope with the climatic variability of the season.

What stage are you at in production?

All the vinifications/fermentations are already finished. The 2020 vintage wines, Long Dai and Hu Yue, our second wine, have already been blended and are ready to be aged in barriques for the next 18 and 12 months, respectively.

Based on your experience, what are the expectations for this vintage’s wine?

Our vineyard, as I said earlier, is characterised by great variability that changes from one year to the next. All this has a clear and direct effect on our wines. The wines of 2020 will certainly be fresher than in 2019, however balanced and elegant, and benefitting from maturation.

What are the selection criteria for the first and second wines of the château?

The criterion for choosing Domaine Long Dai is above all quality of the grapes and the wine. In general, the grapes from the best plots, the ones that over time were found to be more homogeneous and constant in quality, become part of the first wine. Then, according to the vintages, also other vineyards and even the youngest ones, can reserve some interesting grape quality levels for the first wine. On average we produce between 20,000–25,000 bottles of Long Dai and 15,0000–20,000 of Hu Yue. It obviously depends on the vintage.

When will the final assortment be decided?

The assembly of the different varieties and different batches is carried out before aging, usually between the end of December and the beginning of the year, in January.

What is the Long Dai market?

Our first market is China: more than 90% of our wine is sold domestically.

How is the situation on the Chinese market right now? Has the demand for wine stabilised?

The situation on the Chinese market is rather stable, importers and distributors working on different distribution channels managed to face the problems related to the pandemic and have maintained their position. While those who worked only in one channel, such as hotels, were penalized more by this period of global stalemate.