What’s being used instead of palm oil? Here’s the food industry’s response 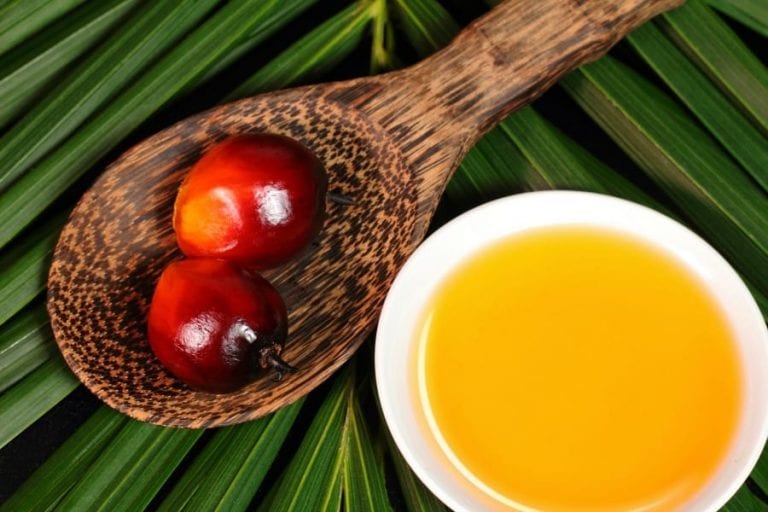 “Palm oil-free” is the new “Trans fat-free”. So allow us the benefit of the doubt: could this all be a marketing scheme?

Palm oil continues to be at the center of controversy, dividing the public in factions. We’ve researched the pros and cons of the ill-famed vegetable fat, neither demonizing nor sanctifying it.

Yes, on one end there’s an actual body that exonerates it almost completely, at least as far as purported environmental threats it may pose: “There’s been lots of talk lately regarding palmo il, discussing environmental and health hazards, but the arguement has been often generalized with insignificant clichés that are not backed by any scientific fact whatsoever”, says Giuseppe Allocca, President of the group. “There’s a fair amount of prejudice in regards to palmo il which needs attention, like for example that it canìt be produced in a sustainable fashion. Contrarily, certified sustainable palmo il already exists and it’s being produced by growing environmentally acceptable palm trees, preserving areas from deforestation and respecting native populations. All the business that use our approved product have been using 100% certified RSPO (Roundtable on Sustainable Palm Oil) palm oil for years. By the year 2020 the plani s to adopt even more strict certification criteria. This choice embraces the suggested actions of great international environment organizations like Greenpeace and WWF International, who continue to consider palmo il one of nature’s most sustainable vegetable oils”.

As a matter of fact it is irrefutable that if we were to substitute palm oil with rapeseed oil, for example, we’d need 5 times the cropland necessary to produce the same quantity of oil. Same goes for pesticides: palm oil uses 2 kg of pesticides per tonne, much less than sunflower (which uses  6 kg/t), rapeseed (11 kg/t) or soy (29 kg/t).

On the other side of the barricade are those contesting that sustainable palm oil who criticize the slack criteria enforced to obtain RSPO (Roundtable on Sustainable Palm Oil) certification and truancy of controls. And this is just scratching the surface of the environmental side of the discussion. A whole other topic is health.

Is palm oil truly hazardous to our health?

Conflicting opinions here too. According to Allocca “it’s true, palm oil is used in many processed foods and for this reason, critics have tried to demonize it by accusing it of contributing to an intake of excess in trans fat.Instead recent data proves this ingredient brings less than 20% of the tranbs fats we ingest daily. The remaining 80% comes from other foods… there has been in effect unjustified scaremongering on an ingredients. We’re here to shed some light on this aspect as well”.

On the other hand, for the European Food Safety Authority, the issue cannot be reduced to mere scaremongering: “Contaminants from base glycerol process (substances that develop at high temperatures)present in palm oil as well as in other vegetable fats like margarine and other processed foods, cause potentially hazardous health problems to average amount of product ingested by young age groups and larger amounts ingested by all age groups.”

The study goe sas far as suggesting cancerogenic effects, hypothesizing a complete conversion of ingested elements into glycidol (“There is sufficient evidence that glycidol is genotoxic and cancerogenic”) after ingestion. Everyone agrees on one thing: daily use should not be excessive. Efsa sets the max daliy intake to 0,8 microgrammes per kilo of weight for 3-MCPD and relative fatty acid resulting from processing of foods, in particular vegetable fats that are refined at high temperatures, like 200° C (see: snacks, cookies, crackers...). This limit could (probably) be incompatible with the amouny of products containing palm oil available on the market.

How the big companies are behaving

Definitely non-conformist s the Ferrero brand, which defends its use of palm oil through an unmistakeable TV ad. The message is that Nutella is being made with “quality” palm oilhailing exclusively from freshly pressed fruits and transformed at contolled temperatures. In addition to this arguement, Alessandro d’Este, CEO of Ferrero Italia, states theirs is “a safe oil and a sustainable one”, and perfect to enhance the creaminess of their products.

The majority of manufacturers, on the other hand, express doubt, or as a response to marketing needs – given the media attention palm oil has received – has decided to ban the product. Like Coop, which has announced the will to substitute palm oil in all its branded food products after publication of the Efsa dossier. In a note by the brand: “For Coop branded products we will hasten the procedure of substituting palm oil with extra virgin olive oil or single origin seed oils, with the use of more nutritionally balanced recipes and formulas. Coop has already substituted palm oil in 100 branded products, among these 'Crescendo' and 'Club 4-10' children’s line, as well as the 'Viviverde' line and the 'Solidal Coop' spreadable chocolate cream. Purging from palm oil the remaining 120 branded products will happen over the course of the next few months”. On its part, Barilla that for its baked products under Mulino Bianco line has shifted opinions (defending palm oil through an Aidepi campaign as unsubstitutable) has recently announced on its website that “we have already banned palm oil with other oils in at least 90 products”. These are only two examples of the “No palm oil” bandwagon, at least for some products. Consider Colussi, Balocco, Buitoni, Loacker, Pavesi, Carrefour, Conad, Eurospin, Esselunga, Pam andPanorama plus more are all on the no front. Are they indulging the ever-growing hostility in regards to this product?

Good, but not great. The use of a potential “single origin seed” or “other oils” is not at all reassuring. What other oils? Are they environmentally kosher? Who guarantees they are more healthy? Just a thought: should we start producing everything with costly sunflower or sunflower seed oil (at a glance this looks like the most frequently used substitute in place of palm oil) environmental issues would not be solved, since sunflower oil has a definitely inferior yield per hectare than palm oil. With the lack or worldwide cropland available this choice would signify subtracting land to other cultivations, like cereals, for example. The consequence would be a price increase with direct repercussions on the less affluent global populations, who survive solely thanks to a cereal-based diet. Health issues would equally not be solved, considering all trans fat-rich oils (vegetable oils) when heated produce cancerogenic elements. The remedy of substituting palm oil with another vegetable oil appears worse than the illness.

We hope than no other oil overtakes the palm oil dominance. As an alternative it would be better if  industries would start using various oils, including extra virgin and – why not? – butter too. Ever the culprit, then finally in June 2014 exculpated by an article published on Time. Moderation, as per usual, is the answer. Inclusing in the eating of great quantities of processed foods, whatever the fat employed. One solid and certain truth remains: when the media does a tirade against any product, usually it’s wise to not give 100% credit to the arguement. 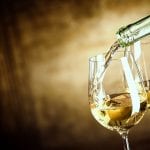 Pinot Grigio. First quarter up by 6.9%: so far no backlash