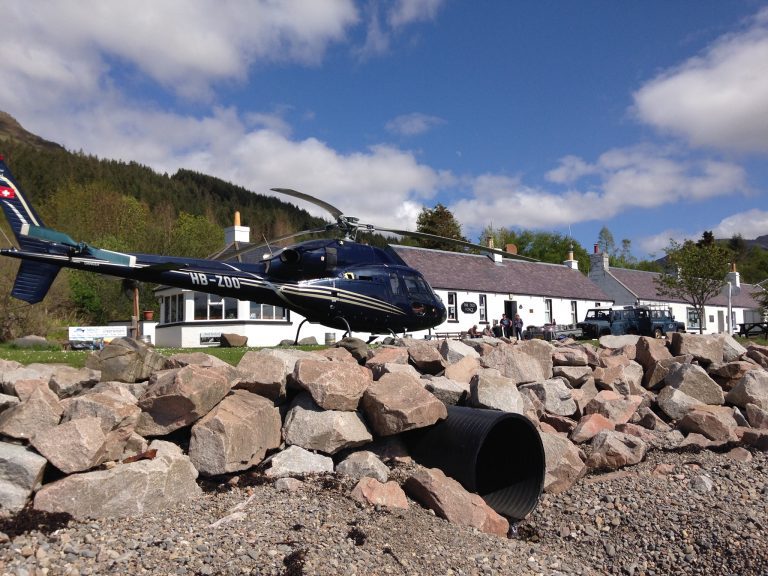 An old community-owned pub, now undertaking essential renovations, is preparing to reopen at Easter on the Knoydart Peninsula on Scotland's west coast. An amazing community project that will employ local people.

The Old Forge in Scotland

Located in the village of Inverie on the south coast of the Knoydart peninsula on Scotland’s west coast, the only way of reaching this traditional pub is by walking 18 miles or making a seven-mile sea crossing. It's no coincidence that The Old Forge was put up for sale in 2021, until it was purchased by the local community, who set up ‘The Old Forge Community Benefit Society’, formed by a group of 9 volunteers who decided to take the lead and carry on the business. A work that lasted 14 months, which then gave rise to the project: last March 28, the keys of The Old Forge were handed over to the local people, and in the coming months renovations will be undertaken to soon open the doors of the small pub to old and new customers.

The Old Forge, the community-owned pub

Former publican Jean-Pierre Robinet put the pub on the market, asking for £425,000 after running it for 10 years. Locals raised more than £320,000 through crowdfunding, and received financial support from the Scottish Land Fund and the Community Ownership Fund to secure enough capital to undertake renovations. A real community ownership model that will reinvest the profits into business and other initiatives for a wider community benefit. Community Benefit Society secretary Stephanie Harris said: "We are ecstatic that after so many months of hard work we have been successful in securing the pub for the community." And not just any pub, "The Old Forge plays such an important role in Knoydart’s social culture and economic sustainability, and with the business now in the community’s hands, we can steer it forward in a way that will work for the needs of the locals and the thousands of visitors who come every year."

The renovation works and the reopening

The Old Forge is famous among genre lovers, since it has the Guinness World Record for the remotest mainland pub in Britain! And now it will be run by locals, that already boast successful community ownerships (in 1999 they secured 17,500 acres of land, as one of the first community buyouts in Scotland). The pub is expected to reopen in a few weeks’ time, as Harris explained, "we have not been able to access the building up to this point except for when our building inspectors were permitted entry for valuation purposes. The inspection identified a number of essential works to make the building safe and fit-for-purpose, so we plan to open on a drinks-only basis for the first few months until we can renovate the kitchen". The hope is to reopen the pub on Easter weekend, "we're in the process of hiring staff and already have a number of local residents lined up". This is great news, considering that one of the project’s main objectives is " to provide new local employment".