Talkin' about tripe with Giovanni Passerini 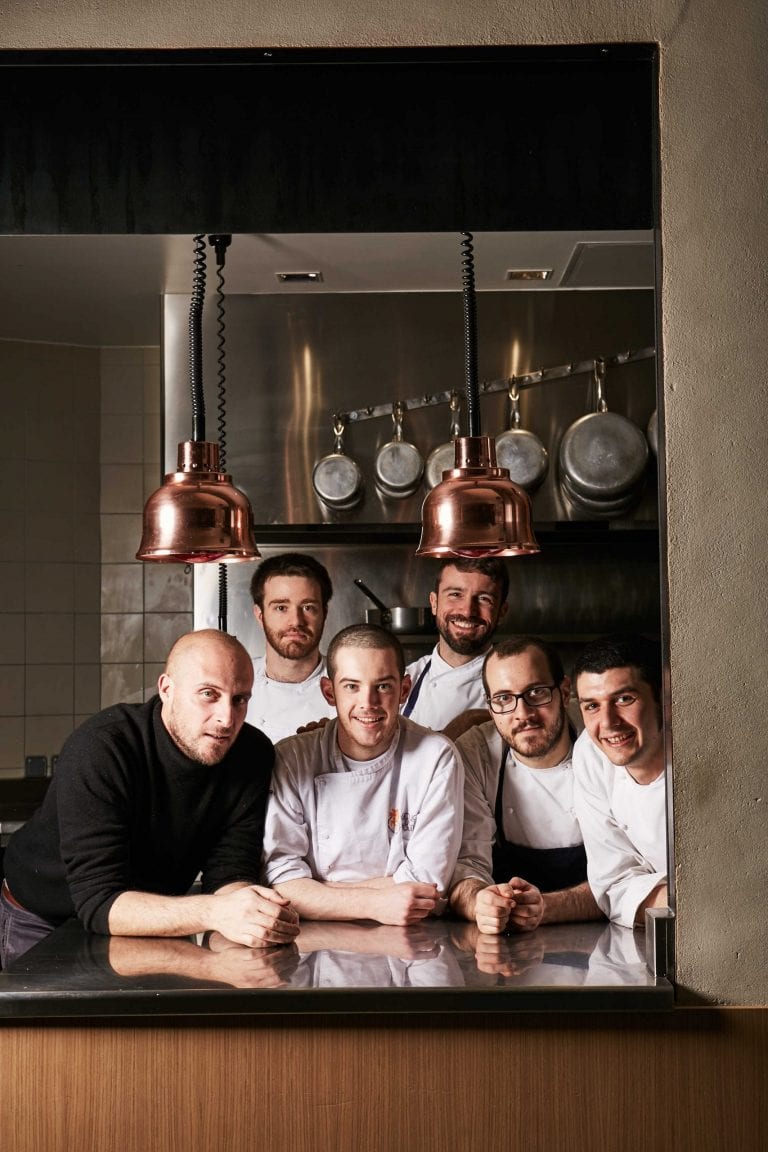 The most iconic dish? For me, it’s tripe.” Giovanni Passerini is unique among the Italian chefs whom we have met outside our country. He left his home in Rome ten years ago, and honed his trade between the haute cuisine oand the Parisian new bistro spirit. Then he opened Rino to resounding success. It was […]

The most iconic dish? For me, it’s tripe.” Giovanni Passerini is unique among the Italian chefs whom we have met outside our country. He left his home in Rome ten years ago, and honed his trade between the haute cuisine oand the Parisian new bistro spirit. Then he opened Rino to resounding success. It was a miniscule place that became a pilgrimage destination for many food fans. “I’m only realizing now what hysteria Rino created,” Giovanni told us.

We were in his new restaurant, Passerini. It has been open for 16 months, in the Bastille neighborhood. Nearby is his fresh pasta shop. His ravioli are sought after by chefs such as Ducasse. “My wife, Justine, and I wanted to open a place where we ourselves would have wanted to go for a meal. We decided to get away from a prix fixe menu because many new places have opened following our Rino style. We said to ourselves, ‘Let’s leave the rock’n roll spirit to younger people and let’s offer something else. The French say lache tout, giving it all up.”  In this case, Giovanni started from the basics, from simple features, the pleasure of the meal, the sharing of dishes at the table. “There’s a great demand for straightforward, rustic, simple and genuine cucina, but one that doesn’t give into the tendency towards fats and protein.”

We opened the menu, and the first item was Tripe a la romaine. Passerini commented, “Making good tripe is a great deal harder than doing spherification. There’s no codified recipe. Consistency, smell and cooking times depend on the individual ingredient, the animal source. Then there are the chefs’ hands, their manual ability, their understanding of when a sauce is ready and it’s time to lower the heat, cover or uncover a pot to achieve that texture, that ideal fragrance and concentration.”   We wondered whether in this return to cucina based on a product, there was a risk of simplifying and standardizing too much. “For me, a dish like well-made tripe is equivalent to lièvre à la royale. That hare dish has more steps, but it isn’t more difficult. Our heritage interested me deeply when I decided to open here. Certainly, if I write trippa alla romana in the menu, I had better make it very good. Otherwise, I’d make a brutta figura. In this way, I raise the bar even higher,” he smiled.

From the point of view of Romans crazy about food and restaurants, this was one the best tripe we never had: a pungent minty aroma, generous pecorino that gave a rustic yet elegant balance, sublime texture, sauce that was concentrated but not excessively so, and an acidic quality that both cleansed and enlivened the fatty quality. It was an illumination for a Roman in Paris.   “The key is not to run an Italian restaurant, but rather a restaurant where we cook Italian cucina, where we maintain the spirit. We do what a good trattoria in Italy would. We seek out farm products, local ones. When I couldn’t find good artichokes, I substituted sunchokes from a producer nearby, in the Ile de France. We discovered that sunchokes and mint is something that the French don’t expect. They loved it, like a classic artichoke with mint in Rome. It’s a territorial choice. It’s a winning choice.” When we paid the bill and left, we had the impression that we had experienced one of the most inspired and modern Italian tables on the scene, a cucina of intuition, research and method where everything is aimed at pleasing the palate, satisfying the belly. There were no frills, but great elegance and precision of flavors. An unforgettable experience.