Slow breakfast. History and recipes for waffles and pancakes Taking the time for a good breakfast is a habit we need to rediscover as soon as possible. Among the best recipes, waffles and pancakes undoubtedly stand out: here's their story.

The best way to start the day is with a satisfying breakfast, which you can enjoy calmly before heading to the office or to school. A cup of steaming coffee and a good dessert are enough to start off on the right foot and start the week with a smile: the weekend, then, is the perfect time to allow yourself a few more minutes for a slow and delicious awakening. For example, with excellent waffles, now popular throughout Europe and the United States, and which have a centuries old history. The progenitor dates back to the Neolithic era, a mixture of different grains cooked on hot stones, similar to the one that spread later. It was only in Ancient Greece, however, that the first waffles called obelías were found, which later became gaufres in the Middle Ages, a word that in old French means "honeycomb", initially consumed with cheese and honey. 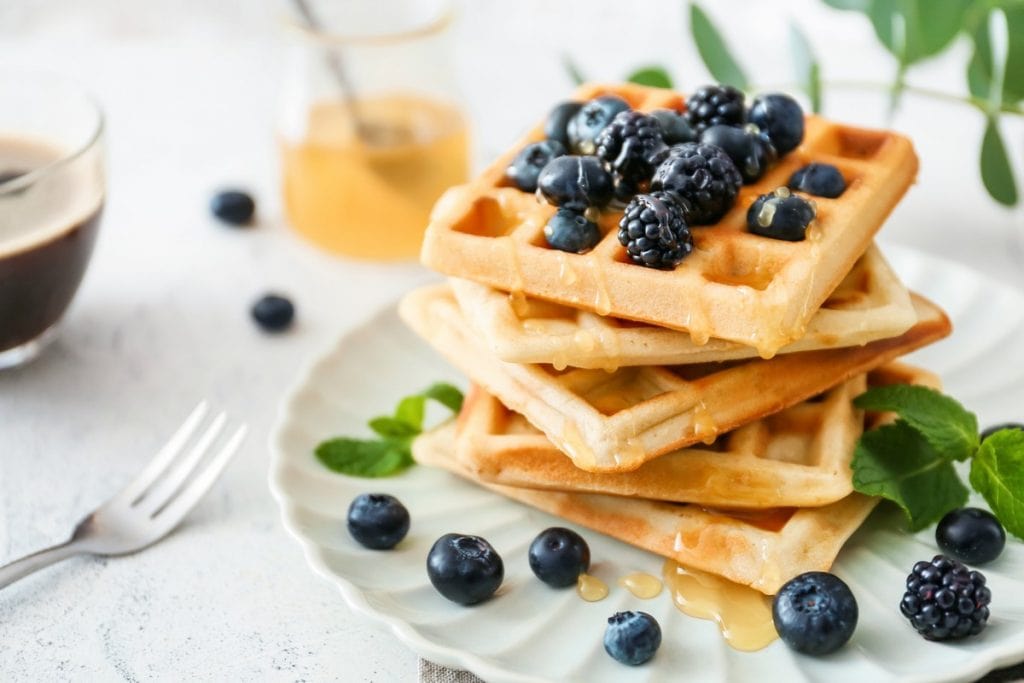 Similar specialties are also found in Malta and Gozo in the XII century: at the time, biscuits were prepared and sold outside churches during the holiday period, baked with two special irons that are very reminiscent of the current waffle irons. Several countries today have their own version of the specialty: in Belgium it's the gaufre, made with milk, water, butter, eggs, flour, sugar, brewer's yeast and vanilla, and served with whipped cream and fruit, slightly thicker than US waffles. In Italy they're called gòfri, typical of Piedmont, initially born as a substitute for bread for all the mountain people who could not go to the valley for purchases. In any case, waffles can be easily prepared at home. To enrich them, in addition to maple or agave syrup, you can use spreads, fresh fruit or honey, but also nut butters. 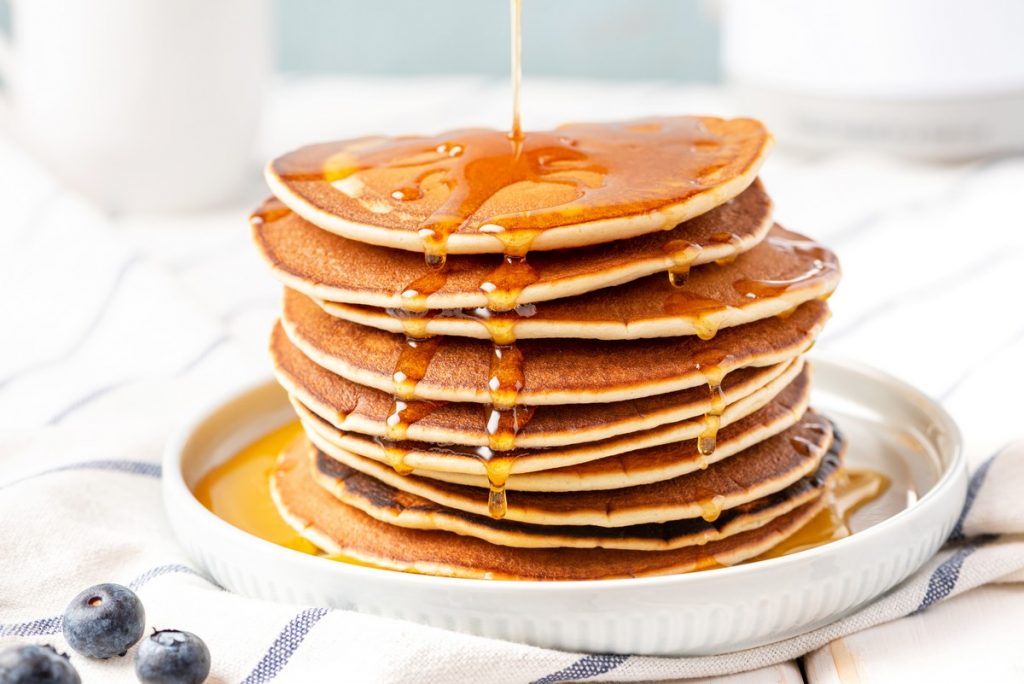 Covered with maple syrup or honey, coloured with cacao powder or flavoured with cinnamon: it's always the right time for pancakes, soft pancakes made with butter, flour, milk, sugar and eggs, cooked in a pan with a knob of butter. A recipe that has had international success right from the start, also thanks to films and cartoons that have portrayed them (who doesn't remember the famous episode of Donald Duck dealing with pancakes?). In the United States and the United Kingdom this specialty also has a day dedicated, Pancake Day, also known by the British as Shrove Tuesday. The custom of preparing pancakes was born, in fact, precisely because of the need to consume the last eggs and various fats, such as butter and olive oil, before starting the Lenten fasting period. And what better product than pancakes to celebrate the abundance of the table?

Sift the flour together with the baking powder and baking soda into a bowl. Add the salt and sugar and stir in the milk, beaten egg and melted butter. Work the mixture just enough to become smooth and evenly mixed, then cover the bowl and let it rest in a cool place for two or three hours (or overnight). The batter should be fluid but rather thick. When preparing the pancakes, heat a griddle or a large non-stick pan: it will have reached the correct heat when, by sprinkling a droplet of water, it skips before evaporating. Lightly grease the griddle by wiping it down with a paper towel soaked in olive oil or melted butter. Spoon small quantities of batter. As it spreads, it will form pancakes with a diameter of 8-10 cm. A not too full small ladle is the right amount. Cook for four or five minutes, until large bubbles form on the surface. Turn over with a spatula and cook on the other side as well. Keep the pancakes warm in the oven while you prepare the others and serve them hot.