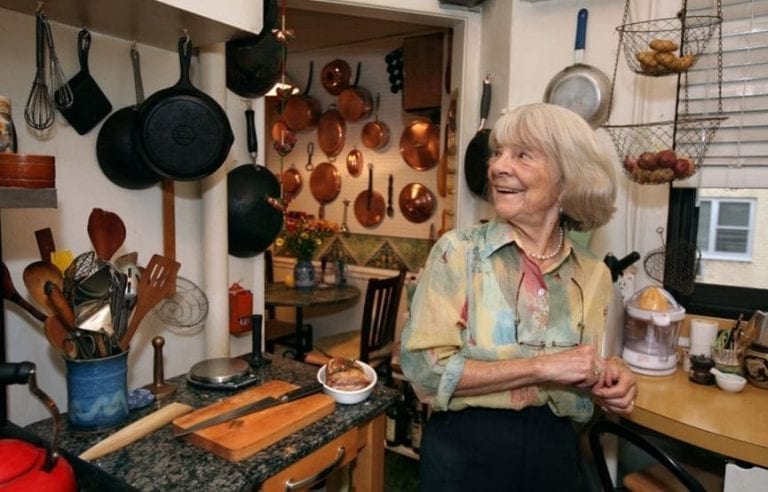 Boasting over 50 years in publishing and a passion for French cuisine developed in the Fifties in Paris, plus a successful career in bestselling publications, she discovered Julia Child in 1961, with her best selling cookbook that changed the world. But before that there was the Diary of Anne Frank.

Judith Jones, farewell to the empress of food publishing

It would be a brutal generalization to call Judith Jones a mere talent scout. Her ability to skew American readers’ choices would take away the poetry of this woman’s life. The life that ended at age 93 due to complications of Alzheimer she was suffering from had been an intense one, rich in personal satisfactions and hard work, influencing in the pages of many bestselling US cookery volumes. “Farewell to the empress of food publishing” is how the US press is paying tribute to Judith. Born in 1924, she dedicated over 50 years of her life to discovering food literature manuscripts of up-and-coming authors. Some of the most recent cookery books she even penned herself. In 1957 she was hired at Alfred A. Knopf as assistant translator for French classics. She never would have expected what the happened in the coming decades. Retiring in 2011, Judith Jones left the publishing company as Vice President. Before returning to her life timeline, let’s linger for a moment in Paris in the Fifties, where Doubleday sent Judith. 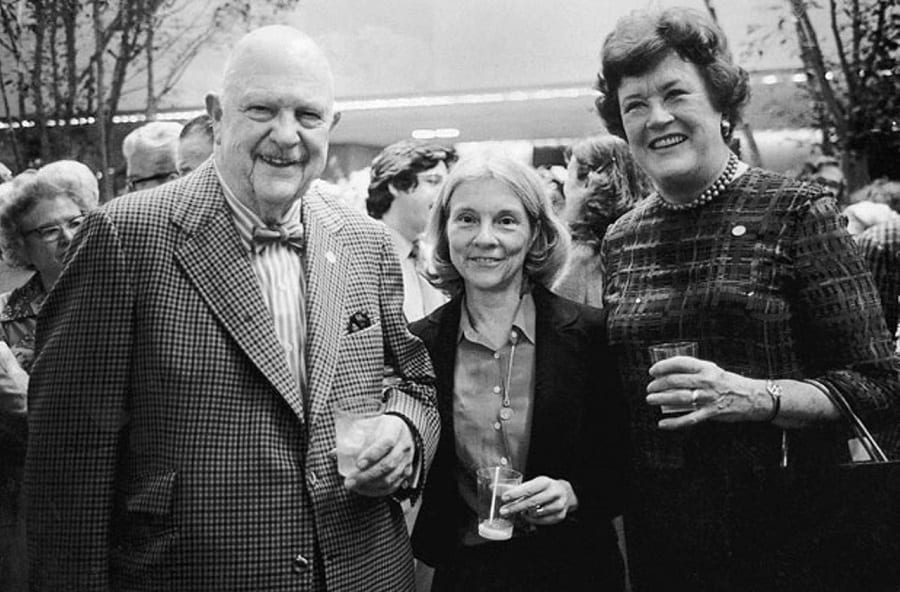 From Anne Frank to Julia Child

In Paris, Judith found in a pile of forgotten and rejected books the Diary of Anne Frank, which had only been published in German. Struck by the cover, as she told many years later, she read it all in one sitting. That book had to reach the US public, she thought. The message it contained was too important; the narrative was too moving to be ignored for the American public. “One of those fundamental books that will never be forgotten”, she’d say. She immediately worked on getting the book published, and she succeeded. After numerous other publications, about ten tears later in New York and employed at Alfred Knopf, she was leafing through a heavy manuscript of 800 pages. This was a French cuisine recipe book for Americans written by Julia Child, Simone Beck andLouisette Bertholle. It was the famous Mastering the Art of French Cooking. It never would have brought Ms Child to fame had Judith not believed in the manuscript that had been rejected by many. From that moment forward the life of the two women radically changed  (an idea of how things went is told in the 2009 film Julie and Julia). The doors of television were opening for Julia Child, with the fortunate series The French Chef, while her book travelled around the world, printed in many copies in 1961 and a second edition in 1970. At the same time the career of Judith Jones tilted more on food publishing and attentive scouting that culminated in 2006 with a James Beard Foundation lifetime achievement award.

The reason why the work of Child and her collaborators was of such impact with Judith is no longer a mystery. She revealed it herself a few years ago, “It was the cookbook I had always dreamed of. It made cooking easy with step by step instructions”. These came with detailed technique explanations, useful utensils and ingredient substitutions, “and all the tricks to remedy kitchen disasters”. This is no surprise to the cult-like following of the Meryl Streep/Julia Child film. In the decades that followed Judith Jones showed to be an extraordinary editor. A creative, eclectic, passionate and curious soul, one particularly fascinated by French cuisine, which she cooked in her Manhattan kitchen and in her Vermont country house. Among the authors she published are James Beard, Lidia Bastianich, and Jacques Pepin. With her husband whom she met in Paris in 1948, she penned three books: two on bread and the third on the cuisine of New England. After her husband’s death in 2009 she published the best selling book The Pleasures of Cooking for One. Over the years she also contributed to Vogue, Saveur and Gourmet. “Food started becoming a respected topic thanks to her”, confirms renowned food journalist Ruth Reichl.

Nobody has thought of making a film on her life, though. We’re hoping a screenplay as engaging as Julie and Julia will soon take life on the silver screen.