Buffalo mozzarella in Hungary: a business story from Italy 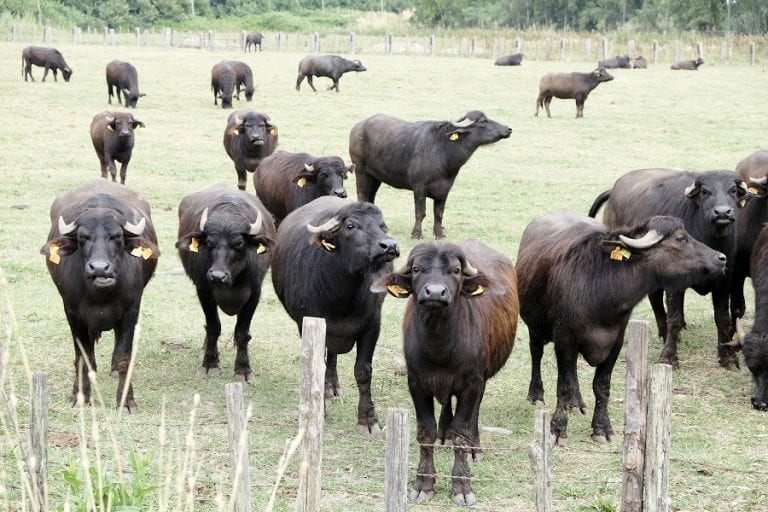 Since 2016 a group of farmers and food technologists has been producing a real Italian buffalo mozzarella in Hungary. Here's the whole story.

Take a herd of buffaloes raised in Salerno, a group of Italian techs, the technological know-how to set up a state-of-the-art ethical buffalo cheese dairy. In Hungary. This is the project launched by Italiagro in Mezotour, a Hungarian town located in the Great Central Plain (150 km south-east of Budapest), which lends itself well to experimentation with the collaboration of a group of farmers and cheese makers transforming milk hailing from Salerno.

The goal is producing buffalo mozzarella beyond the Italian border, according to the artisan tradition of Southern Italy and the skills acquired in the field over the course of centuries of Italian Mediterranean buffalo breeding. For this reason, in Mezotour, the company that is the result of twin efforts of Italy and Hungary, has imported selected bovines that are immune to diseases, in addition to the fundamental professional figures to pass on the ancient traditions of Italian cheese production.

Food as a cultural aggregator

With the idea of stimulating the birth of new European businesses that bring together different cultures and experiences. In this sense, food is a powerful aggregator. The Mezotour plant, under the name of Italiamilk Kft, has been in business for more than two years (the plant opened in May 2016, the first production came a year later), as the result of an investment of 330 million florins, for a structure that initially covered 5 hectares and aims to reach 70, accommodating 250-300 buffaloes (after starting with 50 animals, the company has already grown to raise animals born on Hungarian soil).

The milk, however, is treated in a professional training school run by the Hungarian Ministry of Agriculture and worked in the dairy adjacent to the barn, under the directives of an Italian master cheese maker. Following this way the entire supply chain, from production to processing, to the sale of products - mozzarella and spun curd cheeses, scamorza and ricotta - intended for the Hungarian market, mainly in Budapest.

In the farm animals graze, spending a lot of time outdoors, and this has become a flagship of the farm, which claims itself as ethical. But the choice of the ideal venue to realize the project certainly weighed the ambitions to develop the business in other countries: "We chose Hungary because it's a good starting point for penetrating the Eastern European market" explains Andrea Bettini, founder of Italiamilk.