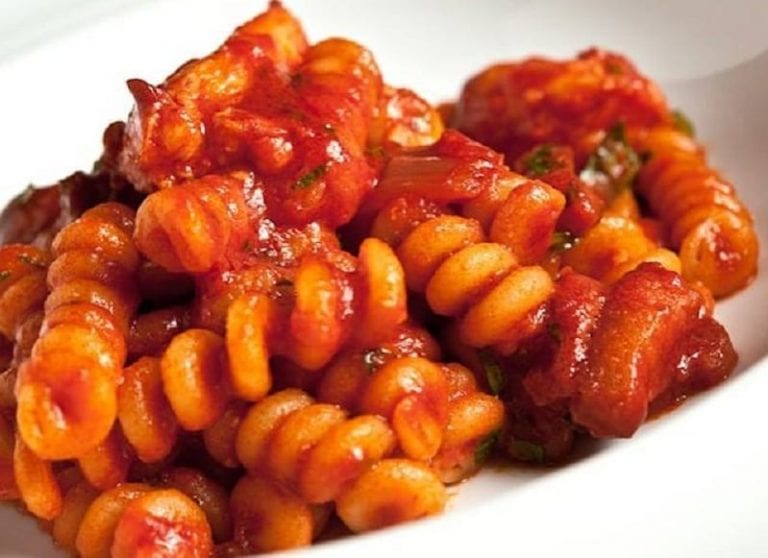 After a decade at the helm of Manhattan’s celebrated restaurant and a long-standing partnership with Batali & Bastianich Hospitality Group, chef Mark Ladner switches his kitchen in spring to focus on a project based on quick pasta dining turnaround.

If the popularity of Del Posto is mainly connected to its founder Mario Batali – celebrated Italian cuisine ambassador in the US, believer in the Eataly project partnering with Joe Bastianich and Oscar Farinetti – the acclaimed Manhattan cuisine is linked to Mark Ladner. The chef mans the kitchen brigade since 2005, when Batali and the Bastianich family (Lidia and her son Joe) decided to focus on fine Italian dining, ultimately culminating with a Michelin star. Dishes are refined, service attentive, worthy wine list that has supported Italy’s wine supremacy overseas. Back then Ladner was coming from previous work at Batali/Bastianich locations, initially sous chef at Babbo, then in the late Nineties spearheading the Lupa Osteria Romana and Otto Enoteca Pizzeria start-ups. His most ambitious challenge was landing the Chelsea kitchen, one that Mark has not left since.

Hence why the recent announcement released by Batali has drawn the attention of the local food press: at the end of January Ladner will leave Del Posto leaving the helm to his right hand person Melissa Rodriguez, the first woman to ever lead a 4-star New York Times restaurant. What will Mark be up to? Future projects are intriguing. After years pursuing stars and exclusive menus, the Cambridge, MA native chef will open an original fast food joint, entirely dedicated to pasta. The hope is that the format may turn out to be suitable for expansion, like the gourmet chain founded by David Chang’s fried chicken Fuku project. Quick and informal dining: an ambitious challenge, yet not impossible. One clearly centred on an Italian food staple. New Yorkers are among Italian food’s most ardent fans, after all. Just think how the two Eataly locations in Manhattan among the city’s most visited food halls, despite the worthy competition.

The place will be called Pasta Flyer, old world food “at light speed”, reads the eatery’s website over a Fifties black and white image of a Vespa. Work in the Greenwich Village flagship venue is under way, and opening night is scheduled for the spring 2017. Ladner’s work for this, with market surveys and analysis started in 2014 when the chef tested public response with a series of pop-up ramen bars, gluten free fusilli with porcini and truffle, and vegetarian lasagna. Will he be up to the job of bringing quality fast food and al dente pasta, dressesd with quality condiments? A few sneak peeks have thus far revealed that at Pasta Flyer Ladner will be cooking a number of pasta shapes made at the Felicetti manufacturer. Another is that thanks to a special cooking system, perfectly cooked pasta will be ready in 15 seconds. Science fiction? If it has Batali’s blessing, in a few months we’ll know if Mark Ladner’s pasta bar will be a success.