In-flight meals. Turkish Airlines is the best at it. Tips from the Inflightfeed blog 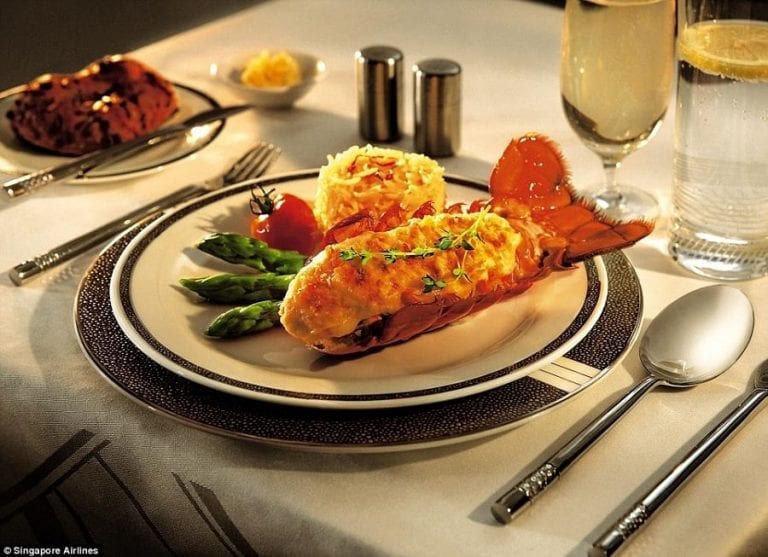 With 428 miles, 65 airlines and 403 flights in the course of 4 years, Nik Loukas can be considered a veritable high altitude airline meal expert. He shares his reviews with the world, talking about the in-flight dining industry and lending tips to fellow travelers. Here’s a few.

Reviewing a meal... on a plane. Inflightfeed

There’s those who can boast having dined at only gourmet tables, others can’t forego a Michelin starred restaurant in every city they visit, and those who travel seeking new and authentic culinary adventures. The world of foodies (in a pre-social media time once called simply a bon vivant) is vast and varied. The desire to share one’s opinion makes us all judges and undisputed censors. So surfing thew it’s possible to find in the brainchild of Nik Loukas, 428K flown miles and 44 countries visited in the last 4 years, at the time of the blogInflightfeed’s inception. Nik is an airline food “critic” examining quality of in-meals worldwide. Australian born and Irish by adoption, Loukas once worked for an airline maintaining relations with the various caterers. This very experience brought him to the idea that has now made him world famous: “I realized I loved learning all about this field, starting from how the food is chosen and hauled on the aircrafts, and everything that happens in between. If passengers only knew half of what airlines do to serve their in-flight meals they would definitely be surprised” he reported to CNN, reminiscing on how it all began.

The blog and documentary on in-flight food industry

The following step was in fact starting a blog – which is still being constantly updated – to narrate the average airline passenger’s in-flight food experiences. Nik experimented with 65 airlines for a grand total of 400 flights, making him a true genre expert and keen reviewer. It’s all documented on the site, which from 2012 has been collecting surprises and disappointments, in the hope of ultimately being gathered in a comprehensive documentary on the world of in-flight dining that Loukas intends to crowdfund via Indiegogo. In the meantime, the high altitude dining expert has compiled a rank of the best meals, providing gourmand travelers an unusual food guide, with thumbs up and thumbs down. Who says that airplane food is bad, after all? Recently many passengers find a safe haven in food halls during their international layovers. These are increasingly modernizing their food offer (with celebrity chefs included), but what airline can a traveler seeking quality in-transit meals and fine service count on?

Good and bad, ranging from luxe to low cost

Loukas has no doubt and selects Turkish Airlines, including on shorter flights. Meals are good and service is attentive, a little like on the Greek Aegeanairline which ranks the highest in the European companies thanks to its carefully executed local and regional in-flight cuisine. In Asia its the high standards of Singapore Airlines and Japan Airlines to win the gold, especially in first class where an abundance of lobster and caviar grace the menu, plus the opportunity to reserve dishes ahead of departure. And what about low cost options? In this instance too it’s Turkey with Pegasus Airlines, as well as Japanese airline Peach which will not disappoint gourmet travellers.

Among the most original options is the offer of Air Baltic, Latvian airline which offers the paid opportunity of building one’s own menu choosing between 70 different dishes. There are also the signature chef creations served on U.S. Jet Blue and Alaska Airlines. Children meals shine on Lufthansa flights, in addition to notorious initiatives like personalized Restaurant Service and bespoke menus, as well as Taiwanese Eva Air. Some perplexity and raised eyebrows were caused by the on-board pizzas served on Sas (while the Wow Air pies were rated as good). Bad grades go to Air Asia, Ukraine International Airlines, Air India, Sri Lanka Airlines. As far as Italian airlines the only review is for Air Dolomiti dating back to 2014: enthused review and a 9.5 grade on local specialties.