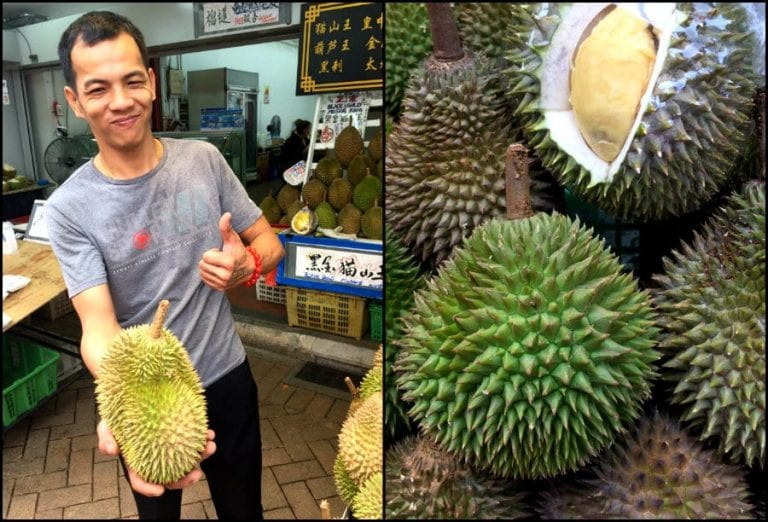 It's one of the most ill-smelling products in the whole world, but in Asia it is considered as a real specialty. We tried durian at the Chinatown market in Singapore and here are our comments.

Durian, native of Malaysia, Indonesia and Borneo, today is cultivated by companies specialized also in Sri Lanka, southern India, Cambodia, Vietnam and Thailand. The latter has become, in recent years, the main producer and exporter worldwide. Cultivating and exporting this fruit is actually worthwhile: The Guardian states that durian imports in China have increased by 15% compared to last year, reaching about 350,000 tons, worth 510 million dollars.

A business that has also attracted the Malaysian government - which encourages its production through tax relief - well aware of the fact that durian "Musang King" of Malaysia is the one most appreciated by Chinese consumers, probably for its creamy consistency and sweet and sour taste, so as to be willing to pay more than the other eight edible varieties available on the market. We tasted it in the Chinatown market in Singapore to understand the reasons for this success.

Belonging to the Malvaceae family, such as cacao, okra and roiboos, durian is also called the "King of fruit" both for its taste much appreciated by Asians and for its size, which among other things makes it very difficult to transport and therefore rather expensive. In the market stalls it's immediately recognizable: similar to a rugby ball and covered with dull green to yellowish brown thorns. Inside, it's divided into five compartments that represent the five carpels from which the fruit develops, which changes significantly in a very short period of time.

When harvested early the pulp is hard, definitely easier to handle and quite bitter. But when it passes maturity, falling spontaneously from the trees, it becomes a real delicacy (a bit as it happens for persimmon): the color turns bright yellow, the taste becomes sweeter and more pungent, the consistency changes becoming similar to butter or, for many, to custard.

And the smell? The smell is really sickening, a mix of rotting garlic and onions, to put it mildly. It's so pungent as to be banned from consumption in public transport and hotels, and mandatorily sold with a glove kit included, to avoid any kind of contact between hands and fruit. Once the obstacle of the smell is overcome, many very much appreciate the flavour (a little less so, as far as we're concerned), described here through the words of the great naturalist Alfred Russell Wallace, written in 1869 after having explored the Malay archipelago: "Its consistency and its taste are indescribable. A very tasty buttery custard with almonds is it the best overall idea, but it also mixes aromas reminiscent of cream cheese, onion sauce, dark sherry and more. There's furthermore a rich glutinous sweetness in the pulp that's neither sour nor juicy. It does not produce nausea or other side effects, the more you eat, the more you would like to eat. In fact, eating durian is a new sensation worth experiencing".

We have also picked up peanuts, yeast, bananas, chestnuts (always overripe to the point of being rotten), and public toilets confirming the comment made by Anthony Bourdain that after eating it "your breath will stink as if you had kissed your dead grandmother". Was this off-putting? Know that durian is rich in fiber, iron, vitamin C and potassium, in short, durian will not harm you and there are those who, on the other side of the world, are crazy for it. De gustibus...