Collalto: a story of passion and love for wine in Treviso 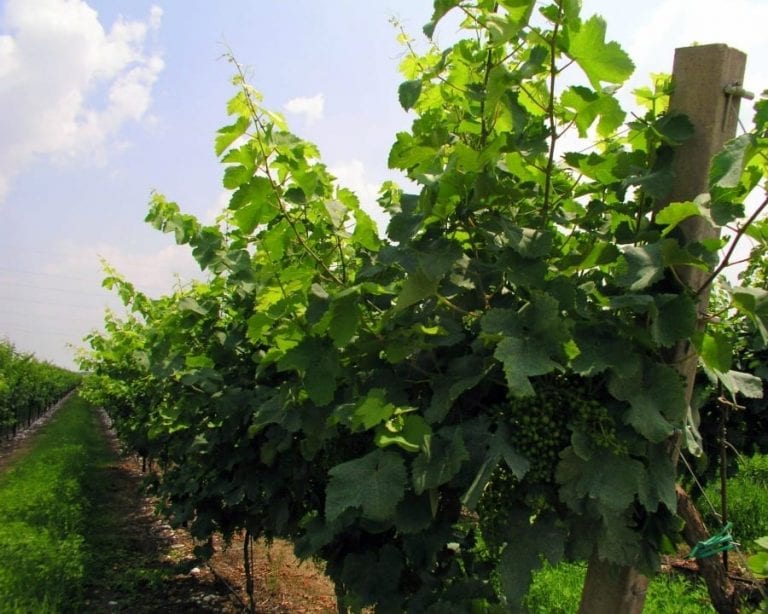 “The Collalto story is about a passion and love for wine that began more than one thousand years ago and continues today.” Princess Isabella Collalto de Croӱ, eldest daughter of Prince Manfredo Collalto, described the feelings that motivate her family as they head one of the most important winegrowing estates in the Treviso province.

The Marca Trevigiano zone is home to the Susegana winery, built in 1904, but today a modern, efficient, technologically sophisticated establishment. The estate extends over 250 hectares, of which 150 are devoted to vineyard. Production is at 850,000 bottles annually, of which over 55,000 are Prosecco Superiore Conegliano Valdobbiadene DOCG, and the rest a mixture of white and red still wines. “Our residence, originally a Lombard site, takes its name from the town of the same name that today is a part of the Susegana municipality in the province of Treviso,” explained Princess Isabella Collaltode Croӱ. “The Collalto name appears in official documents dating back to 958 when Berengar II, the then king of Italy, granted the court of Lovadina to my ancestor, Count Rambaldo I of Collalto. Wine was always one of the elements featured in their history. At one time, production took place right inside the family castle, but in 1904, the present-day large facility was built. Today we also use it for the Collalto Store and a wine shop.”

The development of Treviso's wine movement

The management of the estate has been in Isabella Collalto’s hands since 2007. Today she focuses on winegrowing, following in the footsteps of her father, Manfredodi Collalto. “Vinification takes place in the historic structure of Susegana, the one built in 1904. We use only the grapes that we produce on our own 150 hectares of vineyard. Avant-garde technology and architectonic respect for our century-old building are distinctive traits of the winery,” said Isabella. “Next to the large barrels from 1904, naturally not used any more, but still visible witnesses to the history of our winery, production is organized around the state-of-the-art equipment required to make quality wine: autoclaves, stainless steel storage tanks, vinifying vessels, barrels, tonneaux, barriques and cement tanks. The bottling line, also avant-garde, can turn out up to 2,200 bottles of spumante per hour.” Over the years, the structure has always been active, but today it guarantees production of extreme quality. Collalto releases nine types of spumanti, fourteen still wines and a grappa. “Today we take for granted the concept that the production of quality wine depends on responsible viticulture, with low yields and healthy grapes. Over time, sensitivity and commitment to sustainable viticulture has grown,” Isabella continued. “A fundamental role in the development of Treviso’s wine movement has been played by the Enology Schoolof Conegliano. It was the first one in Italy, founded in 1876. Our winery has also always worked together with The Institute for Research in Agriculture and Viticulture, also in Conegliano, since the days of Professor Luigi Manzoni, who developed the Incroci Manzoni varieties. Moreover, we have perfected growing methods with the help of the famed vineyard technicians Simonit&Sirch. Thanks to them, we have managed to preserve our vines and grow healthy grapes.”

Incrocio Manzoni grapes and other varieties

The Collalto family has always paid attention to the protection and showcasing of the indigenous varieties of Treviso’s territory as well as Incrocio Manzoni grapes, international varieties, and the prestigious red wildbacher, a variety from Stria, in Austria. “Our winery is the only one to produce wines with the four Incroci Manzoni cross breeds. We also make monovarietal Verdiso, an indigenous white grape that competed with Prosecco in the 19thcentury. Another native, Bianchetta, completes the sensory profile of our spumanti.” She went on to explain, “Wildbacher is a variety that originated in Austria, brought to Italy by Count Antonio Rambaldo di Collalto in the 18thcentury. It has a very small berry, full of seeds, that makes the grape hard to vinify. The seeds have to be removed as soon as possible to allow maceration on the skins to continue longer. It then requires long aging in large barrels to soften its aggressive nature. It’s a long-lived wine with a deep ruby color and lively highlights. It has fruity notes of blackberry and ripe plum, dense tannins, and is fresh, rustic, yet elegant.”

The terroir of the Collalto vineyards enjoys an ideal microclimate. The soil tends to be clayey with a calcareous base. Sun exposure is ideal, breeziness and wide temperature swings guaranteed. These features favor the production of excellent labels in demand in both Italy and the rest of Europe. “Prosecco is enjoying a particularly happy moment on many international markets. The sales of our wines benefit from this market trend, and we are getting very positive results not only in Italy but also in our principal export markets: United States, Great Britain, Switzerland, Germany and Belgium, to mention a few,” said Isabella. “Demand is certainly concentrated on our Prosecco Superiore Conegliano Valdobbiadene DOCG, but we’re getting excellent results with some of our reds, particularly the Riserva labels.”

The future of Collalto

Collalto’s intention to keep moving towards excellence comes clear in the many new projects the winery has underway. “In recent months we launched an important program that will involve the entire firm. I want to integrate the various sectors of our business – countryside, winery and commercial,” Isabella concluded. “Viticulture is landscape, it’s aesthetics, but it’s also culture, sensibility and respect for people and the environment. We have to introduce an even more ecofriendly approach to vineyard care through training personnel to attain quality and sustainability. Microzoning will allow us to identify and further enhance the potential of each single zone or vineyard. In the winemaking facility, I intend to focus more on research, collaborating further with the enology schools, research institutes and universities that we have been connected to for decades.”