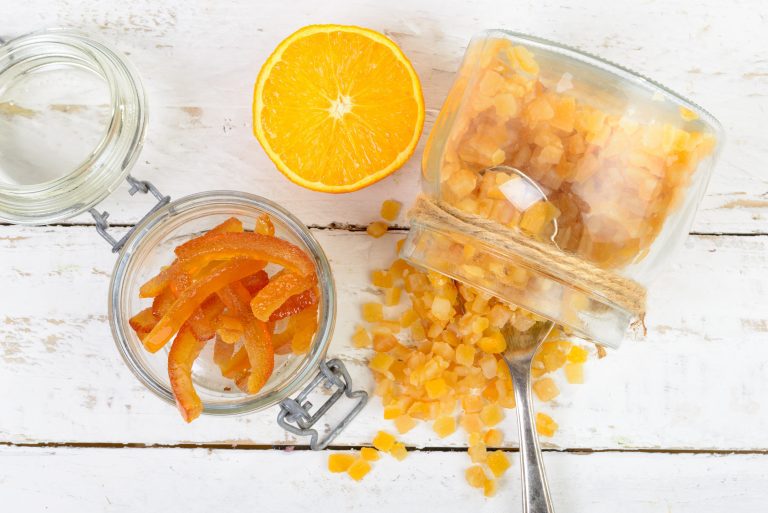 Candied orange peels are one of the typical Christmas delights: chocolate dipped or pure, they can be a delicious snack as well as added to cakes.

Many ingredients in our kitchen have passed through the apothecary's jars before reaching the table, and sugar is one example. The official name of sugarcane – Saccharum officinarum or 'pharmacy’s sugar' – betrays its purpose. Sugar is also an excellent preservative, and its properties were exploited to create new compounds based on fruit pulp or peel that were used in traditional medicine. It is no coincidence that one of the first preparations of candied fruit is described in an 8th century classic of Arab medicine, 'De consolatione medicinarum' written by Mesue the Elder, known in Italy thanks to the Italian translation published in Venice in 1493.

The old recipe is quite similar to the actual one, with the difference being that the citron peels are first washed with lye, a wood ash and boiling water solution once used as laundry detergent. By the next century, the recipes were simplified and have remained essentially the same until today. Candied orange peels are in particular one of the typical Christmas delights: chocolate dipped or pure, they can be a delicious snack as well as added to cakes, imparting immediately an unmistakable aroma and flavour.