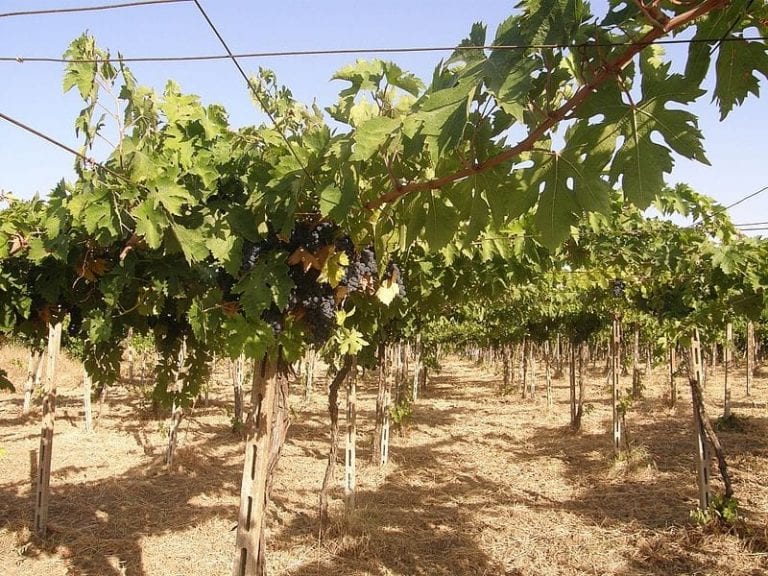 Winner previews of Gambero Rosso Vini d'Italia 2022 guide continue. Today we land in Abruzzo and Molise, to reveal the wines that have conquered the Tre Bicchieri top recognition.

Abruzzo has two identities: the sea and the mountains. In the region, plains are almost entirely absent (covering only 1% of the territory), as hilly areas and, especially, mountain ranges (Gran Sasso and Majella, which overlooks the waters of the Adriatic) dominate. Il 37% della superficie è ricoperto da parchi nazionali, una natura in gran parte incontaminata, selvaggia, che ospita oltre il 70% delle specie animali presenti in Europa, incluse alcune specie rare in via di estinzione. This is the backdrop for two types of wine production: large cooperatives and smallholding vintners, a dichotomy that's being realigned by certain, commendable cooperative producers that are focusing on quality projects with an artisan slant. The foundation is the same: Montepulciano, Trebbiano d'Abruzzo and Pecorino grapes, a trilogy that's fundamental for the vast majority of the wineries reviewed here. Of the 29,530 hectares under vine, 22,940 are concentrated in the province of Chieti, with an average yield that's still very high (about 15,000 liters per hectare). And yet, there is an Abruzzo that travels at another speed, where we find increasingly focused, rigorous wines characterized by extraordinary vitality and gastronomic potential.

The best wines of Abruzzo

This year saw 15 Tre Bicchieri awarded, divided as follows: 5 Montepulciano d'Abruzzos, 5 wines from Pecorino grapes, 4 Trebbiano d'Abruzzos and a Cerasuolo d'Abruzzo. 2020 proved to be another excellent vintage for Pecorino, the 'Adriatic Riesling'—a wine that stands out for its freshness, acidity and share of sapidity. In contrast 2020 Cerasuolo was a bit below the excellent 2019 vintage. It should be noted that among the Trebbianos awarded, there's not a single, current-vintage annata wine, only 2017s and 2019s, once again demonstrating that it's a wine that changes gear and gustatory rhythm over time. Another theme that emerges is the fact of Abruzzo representing extraordinary value for the money, with many excellent wines often offered at absurdly low prices (good news for those who buy the region's wines, a bit less for those who make them). Finally we'd like to make note of a new entry in the Tre Bicchieri club. For the first time, we recognize Adolfo De Cecco's Inalto Vini d'Altura. Anticipating the effects of climate change, the winery cultivates grapes at elevations spanning 400-800 meters in the territory of Ofena, on the slopes of the Gran Sasso. The future is on high.

Numerically speaking, Molise has the population of a single district in Rome. In fact, 305,000 people live in this small region, rich in mountainous and hilly areas, embellished by a small stretch of coast sprayed by the Adriatic Sea. Molise is a varied, fascinating territory, in many ways still pristine in terms of its landscape, and historically well suited to grape cultivation. Most of the vineyards are situated between Campobasso and the sea, where that sort of large plateau that slopes down towards the coast finds the right conditions in hilly areas with a less extreme climate, even if over the last decade several producers have pushed upwards, cultivating closer to the green mountain ranges. Among the grapes most commonly cultivated we find Aglianico, albeit in a more immediately expressive and fragrant guise than what we are used to, and Montepulciano, which in this area takes on a unique goût de terroir; among the white grapes grown, Trebbiano and Falangina dominate, making for approachable, fragrant wines. However, there are also tracts of Sangiovese, Greco, and several hectares cultivated with international varieties, especially Merlot and Cabernet Sauvignon.

The best wines of Molise

Today, however, the watchword is Tintilia, Molise's primary native grape variety. The name derives from its tint, due to its intense ruby color and the richness of its anthocyanins. It gives rise to wines with trademark Mediterranean flavors, both in terms of its mineral profile and in its whiffs of coastal scrub. Think of the excellent Tintilia Macchiarossa '17 by i Cipressi or the vivid fragrance of black fruits and juniper that characterize Tenimeti Grieco's Tintilia 200 Metri '20. Then there's Tenute Martarosa's Tintilia '19, which also plays on fruit and a peppery, paprika sensation found often in our tastings. We are talking about a trio that handily reached our finals, certifying the growing stylistic definition adopted for the grape. It's a topic that takes on a further dimension when we analyze the very interesting results obtained with Tintilia in various characterful rosés. The only Tre Bicchieri awarded concerns a familiar face in our guide, the Aglianico Contado Riserva '17 by Di Majo Norante, an excellent red that, like many wines in the region, comes with a truly honest price tag.