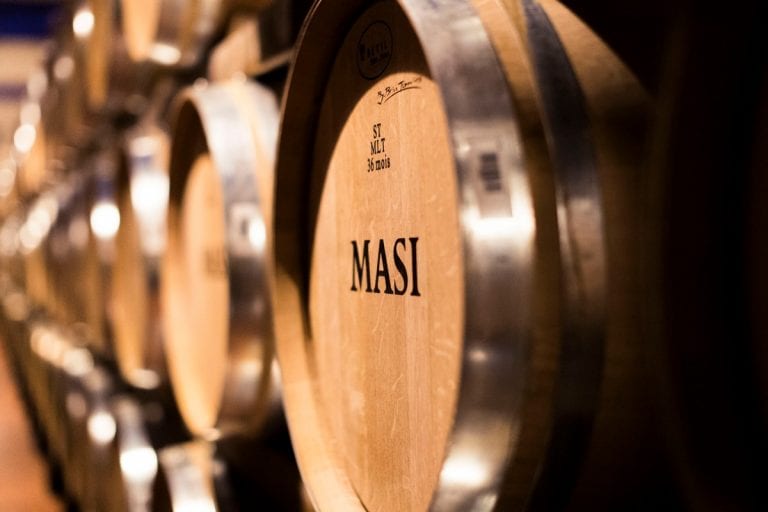 Masi is one of the most famous Italian brands in the world, thanks to the Boscaini family. Here's its history.

Masi is one of the most famous Italian brands in the world, thanks to the Boscaini family. The company’s headquarters are in Gargagnago (Sant’Ambrogio di Valpolicella) even though the incredible vineyard park stretches across some of the most important denominations in the Veneto region. “Our area of origin is Valpolicella Classica. The oldest area where the appellation was born: land bordered between Verona and Lake Garda, protected to the north by the Lessini Mountains and the Dolomites and climatically influenced by the proximity of the lake” – says Raffaele Boscaini, Marketing Director, Coordinator of the Masi Technical Group and representative of the seventh generation of the Boscaini family – “The area is known for the history of its great red wines, with a variety of soils ranging from limestone to clay to volcanic, for native grapes such as Corvina, Molinara and Rondinella and for a thousand-year-old method of vinification, that of Appassimento, still used today. Thanks to Masi’s intuition, with its Campofiorin, an unconventional system for producing a wine linked to the dried grapes has also developed, which is that of Ripasso, today more correctly known as Double Fermentation. “Over time, the Masi Group has expanded the geographical boundaries of the company and of Valpolicella. The company has also focused on other wine-growing areas, selecting the best suitable lands, historically chosen for viticulture. Paying attention to the enhancement of individual vineyards (the cru) that express the different excellences of the various areas.

The Masi Group in Italy and around the world

From the vineyards of the classic Veronese areas (as well as Valpolicella, Soave and Bardolino), have been added the historic estates of the Counts Serego Alighieri (descendants of the poet Dante) with whom Masi collaborates. In Trentino, the agreement with the ancient and noble estate of the Counts Bossi Fedrigotti has given Masi a real historical château. Canevel, a producer of excellent sparkling wines in Valdobbiadene, has been part of the Group since 2016; in Friuli, the Boscaini own the large estate Stra’ del Milione in the Castions di Strada area. Finally, at the end of the 1990s, it was even decided to cross the national borders, focusing on Argentina, in the valley of Tupungato in Mendoza, where the winery Vigneti La Arboleda was born: autochthonous grapes of the Venetians alongside the emblematic Argentine Malbec and Torrontés vines and withering, a technique of which Masi is a recognized specialist. All of this with a careful eye on sustainability: “Respect for the environment and attention to the health of consumers are part of our culture and philosophy,” Raffaele emphasises. “The Masi vineyard uses natural fertilisers and pesticides, limiting treatments to what is actually needed. State-of-the-art filtration and purification systems are applied in the winery. In packaging and wrapping it has chosen recycling and waste reduction. Energy is produced in the farm buildings thanks to solar panels. In particular, we have chosen to operate in organic farming in the estates of Valdobbiadene, Tuscany and Argentina. Because of our careful management, we have been selected to represent Veneto in the VIVA project of the Ministry of the Environment”.

The Amarone is the leader of the battery presented this year at our tastings. This is the Mazzano ’12 coming from the homonymous locality on the highest hills above Negrar. This Amarone gives intense notes of overripe fruit and bitter cocoa, embellished by the balsamic nuances of medicinal herbs. The palate is of great concentration and solidity, supported by an important tannic scaffolding. Raffaele gave us some advice on the perfect pairing: “it is an austere and majestic wine, the prototype of Amarone, which benefits from the aging in small barrels. The grapes come from a historic vineyard whose qualities have been known since the twelfth century. It is the ultimate end-of-the-meal red, it accompanies: red meat, game, aged cheeses and in general tasty dishes. Excellent with tasty cheeses such as Parmigiano (warmly seasoned) or pecorino cheese, or with the typical English Stilton or a beverage such as Fourme d’Ambert. ” 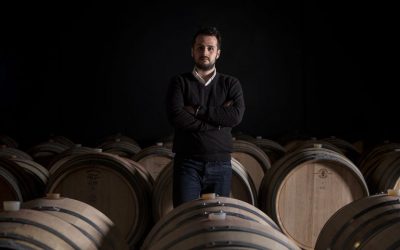