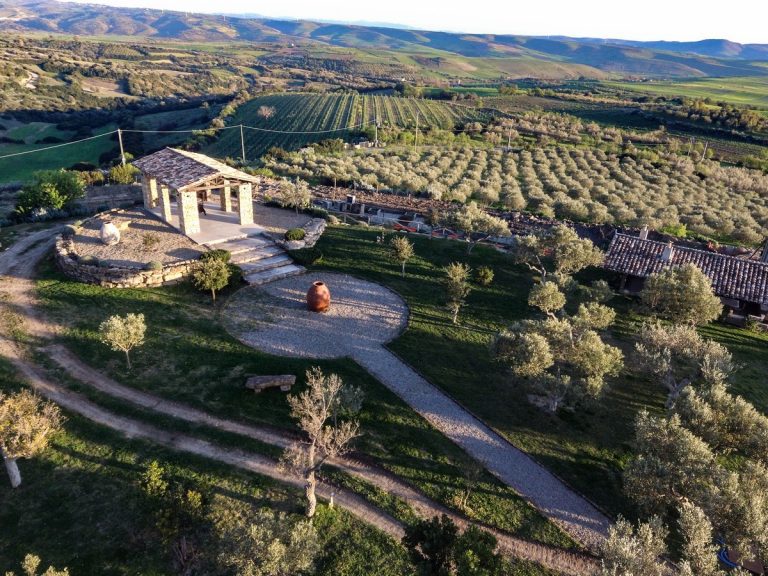 Stefano Casadei’s experience, skill and sensitivity led in 2013 to the study of an internal disciplinary, with the help of a technical committee, then registered with the brand ‘Biointegrale’. Here's the story of Tenuta Olianas.

For everyone it was the dawn of the new millennium, while for Stefano Casadei and the Olianas family it was the dawn of a new winemaking project. Olianas was founded in 2000 in Gergei, a small village in the Sarcidano area, 60 km (37 miles) from Cagliari. An inland area bordering on several subregions of Sardinia: Marmilla, Trexenta and Barbagia. A land where unspoilt nature has always left room for vineyards, where real ampelographic gardens with native varieties dominate the scene and many winegrowers, who have always been working between the rows. The farmland abandonment and the vineyard uprooting did not spare this area either, but the vision and farsightedness of the founders with the establishment of Olianas revived viticulture in a place with a high vocation. The project was clear from the start: producing wine with respect for the environment, the land and the people who live there. Oenologist and owner of two important estates in Tuscany, Stefano Casadei’s experience, skill and sensitivity led in 2013 to the study of an internal disciplinary, with the help of a technical committee, then registered with the brand ‘Biointegrale’: “We started from organic to switch then to biodynamic practices – tell us Casadei –and we felt the need to put some key points down on paper that would go beyond the appellations. From there, we drew up the Biointegrale 10 points, a real philosophy of life. Each point in the handbook is crucial, such as the importance of human-animal interaction. We work with the horse traction, thus avoiding soil compaction and allowing the roots to go deep. Having animals on a farm not only increases biodiversity, but also leads to a daily experience of the estate, whatever the weather. ‘’Another important issue to tackle is doing something for the land, starting with the redistribution of wealth: we set up the perimeter with a virtual compass within 50/60 km (31/37 miles) radius from our winery,’’ continues Casadei. 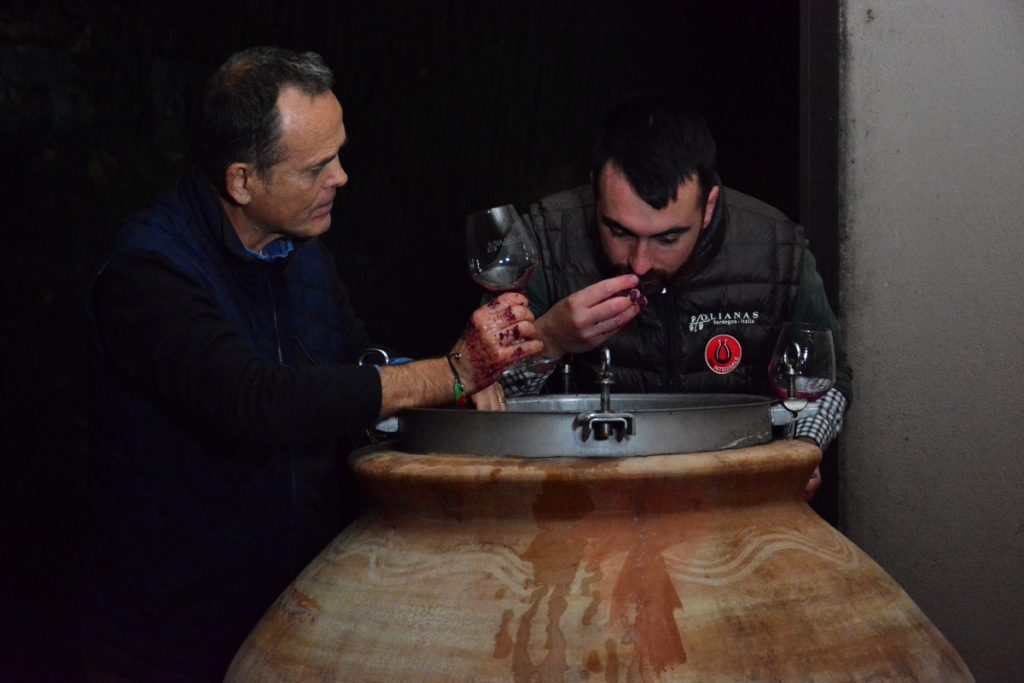 Everything must come from our territory, from the workforce to the suppliers. Lastly, we are working hard to become soon carbon neutral.” The vineyards are located at 400 metres (1312 feet) above sea level and up to 600 metres (1968 feet) in the Isili area, not far from Gergei. The estate boasts a total of 30 hectares (74 acres). “The beauty of Olianas,’’ – says company’s technical manager Alfredo Figus – ‘’lies in its location, an area with different soils, from sand to limestone, from clay to the volcanic soils in Isili. The varieties behave differently and our native grapes, Cannonau, Bovale, Semidano as well as the aromatic Nasco and Malvasia, give different sensations depending on the vineyard. In the cellar we keep it simple, acting in a non-invasive way: we use steel, wood and amphorae that the company has always been betting on and therefore many experiments have been carried out: here too their use varies according to the wines and grape varieties, since the main objective remains the enhancement of the individual territories.” Three projects of great personality under one name

Famiglia Casadei represents three different wine projects. One identifies with Castello del Trebbio in the Chianti Rufina area, that focuses on the most authentic tradition and on the production of Sangiovese and its enhancement. On the other hand, located in Suvereto, Tenuta Casadei focuses on international wines with Cabernet Franc playing the leading role, for which several excellent results have been achieved for the allochthonous variety. Last but not least, the Sardinian project of Olianas is based entirely on the regional native grape varieties, starting with Cannonau. It is no coincidence that the company is planning on adding two real crus from completely different soils, to the two Cannonau wines already produced. In addition, the three realities of the Casadei family are united by the amphorae, a working tool that has become over the years a fixed project that led to several lines (also commercial), both in Tuscany and Sardinia.

1 Respect the cardinal principles of biodiversity.

2 Minimise the raw material manipulation to preserve the naturalness of the finished product. And goodness.

4 Preserve the link between the organoleptic characteristics of the products and their territory, without compromising quality.

5 Conceive eco-friendly architectural spaces, powered as much as possible by renewable energy sources.

6 Employ local labour, use local products, distribute wealth throughout the territory and maintain it over time.

7 Reduce the use of mechanical means on the land, favouring animal-drawn vehicles.

8 Till the soil to enrich its vitality, not the plants.