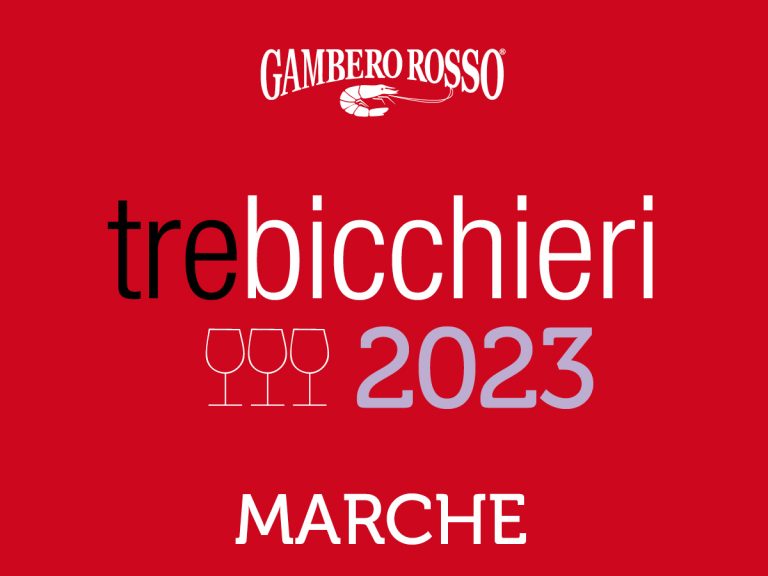 Previews of the awards of the wine tasting by Gambero Rosso's Vini d'Italia 2023 guide. Here are the best wines from Le Marche.

How is Le Marche doing? It's all too tempting to opt for a terse and consoling “never so well”, but intellectual honesty requires us to identify some points that deserve greater attention. In the region there are undeniable strong and weak points.

Le Marcher. Lights of the region

The brightest lights concern the growing number of young people involved in the difficult work of winemaking. Page limits don't allow us an exhaustive account of the region's many new developments, but all the best are mentioned and many (we imagine) will continue to be in the future. The tastings carried out this past summer confirm the great vitality of Castelli di Jesi, the high average level of Matelica's wines, the growing quality of Piceno's pecorinos, and the good health of Morro d'Alba. We also note reassuring growth in the quality of ribona, the "marine verdicchio" that's widespread in the province of Macerata. Something (though we're talking lilliputian) is also stirring in Serrapetrona.

The role of Cinderella is played by Pesaro: the marketing and organizational efforts of those wineries willing to interpret sangiovese and bianchello hasn't translated to better wines. What's worrying is the often impersonal bottles encountered, sometimes clumsy or openly wrong, the result of far too original approaches or vague experiments. Further south, the vintners working with montepulciano are trying to revive a style based on integrity of fruit and drinkability (after the chewy fruit fad of the early 2000s). Conero and Piceno are changing course. But attention! Nobody wants montepulciano to become pinot nero. We've simply noticed that interpreting the generous grape with a contemporary sensibility, more in line with current tastes, is possible.

We close by noting, on a positive note, the widespread adoption of organic agriculture, various sustainability projects and "zero residue" approaches in the wines and soils, with the hope that all this can contribute to increasing their economic value. Of the 931 wines tasted (from 189 wineries, 120 of which are mentioned in the guide), 23 Tre Bicchieri were awarded. The list of their creators will provide you with a sense of who constitutes the backbone of quality wine in Le Marche.

And among these, we have also singled out a Special Award, the White of the Year, which after a few years returns to the Marche region, to the Castelli di Jesi; this time the palm of the best goes to the Castelli di Jesi Verdicchio Classico San Paolo Riserva '19 of Pievalta, a reality that has also always been committed to the forefront on issues of environmental sustainability. Alessandro Fenino, at the helm of the winery, offered us a refined and multifaceted Verdicchio among mineral and brackish sensations, notes of anise, aromatic herbs on a savory sip with precise tension.