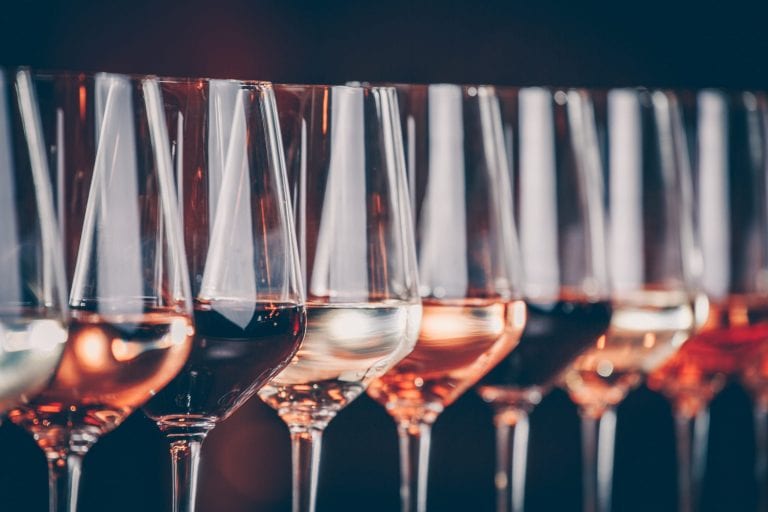 The last quarter of the year, with the onset of the holiday season, is historically the most profitable. But the anti-Covid restrictions will condition the budgets of wineries already affected by the firat springtime lockdown. Will the new Government Decree in regards to dining suffice to resolve its businesses? Wholesale and wine producers fear that, "The HoReCa crisis will be overwhelming for us all."

The first question is: how much will a semi-lockdown cost in one of the most profitable periods of the year? The second is: how should the industry plan to resist? The third is: is further aid needed for wine?

The evening closures imposed on the Horeca channel and the limitations contained in the latest measures by the Italian Prime Minister Decree to contain the surge in infections from Covid-19 came as a sudden bomb on the attempt of businesses to try to wade the river of the economic crisis. And the flood that will arise in the coming weeks risks wrecking, if not even sinking, any attempt to fix a supply chain that is increasingly afloat in a climate of indeterminacy.

After the spring that is already reflecting on balance sheets of all Italian wineries, and after a summer that has given some oxygen back, the autumn has arrived. Judging by the rhythm of the infections in October, the season carries the concrete risk of a new massive lockdown. The health reasons that pushed the Italian Government to tighten measures for the population and the various economic segments, albeit necessary, now appear almost like enemies. The new semi-closing for many is already as good as a lockdown. Just a week ago they commented on the dubious measures of some Regions, such as Lombardy, on the sale of alcohol and the closure of shopping centres on weekends. Not much compared to the tornado that will happen here between the end of November and, perhaps, until Christmas: a period in which many in the dining sector recoup an entire season. The air has definitely changed. And if the recently approved Dining Law Decree (5.4 billion euros) could guarantee non-repayable transfers, by mid-November, for the categories penalized by it, Italian wine will have to equip itself immediately to contain losses.

Based on the new initiatives that will limit restaurant and bar activity, Ismea estimates for 2020 a decline in spending on food outside the home of –48% compared to 2019, for a total loss of almost 41 billion euro. At the same time, as happened in the past months, a new acceleration of purchases from modern and traditional distribution is expected which, again for 2020, could lead to an increase in domestic spending equal to +7%, for a corresponding value of about 11,5 billion euro. The budget of the total final expenditure for agri-food products will therefore be almost 30 billion euro less (–12%). 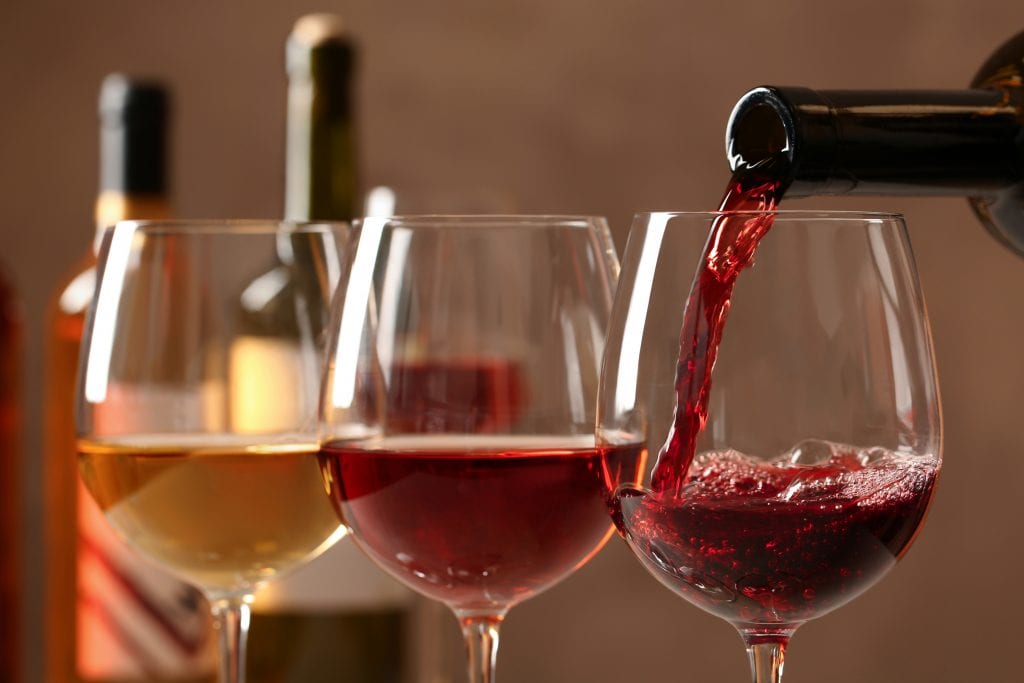 The Horeca channel appears to be seriously ill with this pandemic. Confcommercio is well aware of this, estimating the drop in spending at restaurants at around 50% and speaks of a “dramatic scenario,” as President Carlo Sangalli defined it in his meeting with Prime Minister Giuseppe Conte. The second lockdown phase will cost Italy a general reduction in consumption of 133 billion euros in 2020, more than 12% in real terms, with a fourth quarter that will leave 17.5 billion euros on the ground, concentrated in dining and tourism.

The impact on the world of wine

Most of the high quality wine passes through this channel and it is the Unione Italiana Vini, through its observatory, that assessed the impact of the new evening lockdown, with the early closure of restaurants, hotels and bars at 6 pm: “We will lose 30% of sales in Italy. The loss of income will weigh this year in the coffers of wineries for a value of 1.2 billion euros, with a decrease in sales in the segment of over 2 million hectoliters of wine,” announced the general secretary, Paolo Castelletti, according to which the recessive spiral will inevitably affect medium-high range products, considering that blockages and limitations concern parties, ceremonies, conferences, fairs, shows, which directly or indirectly affect wine consumption. A worrying scenario also according to Piero Mastroberardino, president of the Federvini wine group: “The hope is that the measures will work and allow the critical phase to be overcome quickly, because otherwise the end of the year, which the TradeLab projections today set at –30%, could have to be revised even for the worse, with obvious dangers for the supply chain system to be maintained.” And those who fear are above all small businesses whose budgets live mostly on sales in the dining channels. Fivi, the association that brings together 1,300 independent winemakers, wrote a letter to Prime Minister Conte asking for greater flexibility in restaurant hours: “These are small businesses, often families, already heavily weakened by the months of forced closure and for which the dining business is the preferred outlet market. After the new Dpcm,” President Matilde Poggi pointed out, “they have already received the first cancellations for already counted orders.”

Wholesalers and distributors at risk

The distribution chain is likely to suffer significant repercussions between now and the end of the year, after a 2020 that, from March onwards, has shuffled the cards in the so-called value chain. Behind the restaurant business, as Maurizio Danese, president of GH-Grossisti Horeca recalls, there is a supply chain of almost 4,000 wineries and 58,000 employees: “And with the Dpcm in force, the supply chain will suffer further losses of about one billion euros. Overall, in this annus horribilis, the distribution system in the Horeca channel will accuse a loss of income for over 8 billion euros, equal to approximately 50% of its turnover.” Very critical of the early evening closures is Massimo Sagna, President of Club Excellence, which brings together 18 of the most important brands in the Italian distribution and import of fine wines and spirits, with 1,400 agents: “Although they were the first to adapt to the provisions, dining businesses in general are the most discriminated against at the moment. The reduction of seating, the distancing between diners, the reorganization of spaces and structures are sacrifices that are now zeroed, risking to condemn them to close for good. And non-repayable economic contributions and stimulus are not a solution.”

The unknown about the holiday season consumptions

There are categories and denominations that look above all to the holiday season as a decisive period to close the year well, or to revive, an entire season. Wine shops and major denominations had set their sights on the last quarter, considering specific marketing initiatives. Now, this new scenario forces everyone to revise their plans. “From October to December, wine shops produce from 33% up to 70% of their annual turnover,” President of Vinarius, Andrea Terraneo, explains to Tre Bicchieri: “The new provisions force us to be extremely cautious. Considering the uncertain moment, I think there may be a reduction in the costs of storing wines and spirits, which is the highest expense for wine shops.” And the more than one hundred associates are already preparing for a possible new lockdown: “We are ready, we are strengthening the logistics starting from strengthening home deliveries. But I also want to make an appeal to the members: please communicate more via the web to customers on price lists and products, so that, in oder to avoid queues and gatherings, they already have clear ideas about their purchases before arriving at the stores.”

The Asti Docg Consortium has defined and is about to kick off the usual web and TV marketing campaign, which this year will see as the testimonial Alessandro Borghese and the Unesco territory as the protagonists. “This is an important time for our sales. The last quarter is worth over 35% of annual revenues. In the first 9 months we recorded a growth of 3 million bottles,” underlines Director Giacomo Pondini, “but the closures and restrictions don’t help a DOP like ours, which is linked to celebrations, banquets and convivial moments. It’s important to preside over the holidays in the dessert sector, but we also want to come out of the niche of dessert wines.” The new specification just published, in fact, will give wineries the opportunity to produce new types of Asti with sugar residues up to pas dosé. And one of the best sellers of the holiday period is, without a doubt, Prosecco Dop. For the Veneto-Friuli sparkling wines and for the Prosecco Doc Consortium, chaired by Stefano Zanette, with the EU approval for the rosé type in his pocket, the last quarter of the year is worth about 28% of total sales: “The contraction for the Covid effect stopped at –1.4% considering the last nine months, and at –0.7% per annum,” says Zanette who adds, “The possible loss on the Horeca front that we risk suffering as a result of the recent Dpcm, could be offset by a growth in demand in large-scale distribution, a segment that for our Doc is equivalent to about 65% of total sales.” 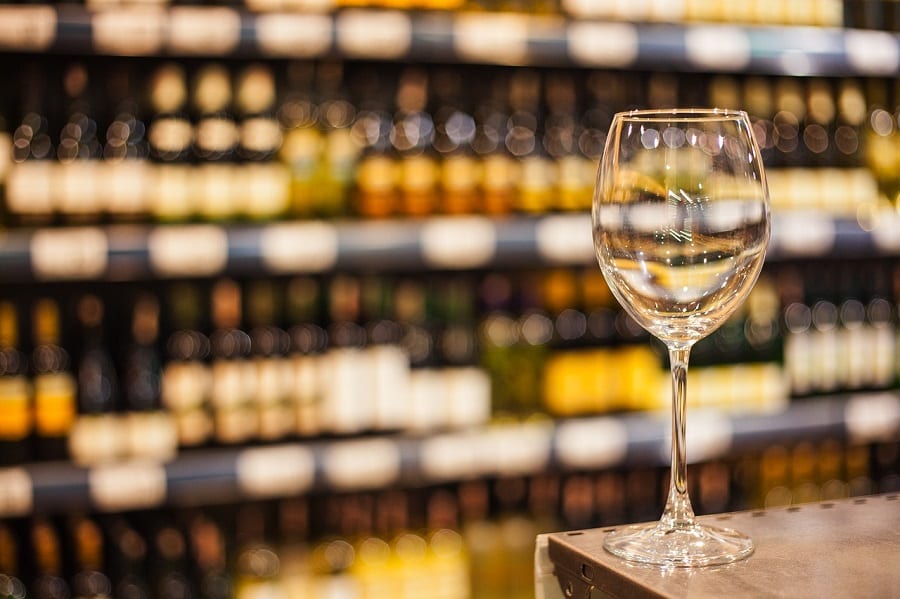 Will large-scale distribution be a lifeline once again?

In light of the Horeca closures, large retailers could once again be the main vehicle for wine products. The Esselunga brand (8 billion in turnover in 2019), which in the lockdown had suffered a drop in sales for wines and spirits up to 10% compared to 2019 due to the bans on moving people between municipalities – a gap filled in the following months – is preparing for one of the most anticipated times of the year. In the more than 160 salespoints, anti-contagion safety devices were increased and e-commerce and delivery services were strengthened. Therefore a positive end of the year is expected for wine and spirits, having escaped the danger of the ban on the sale of spirits after 6 pm in Lombardy.

The proposals of the associations

If Federvini, with its President Sandro Boscaini, is asking the Government for flexibility and a reshaping of tax credits and tax exemptions, Alleanza delle Cooperative underlines the importance of focusing on Made in Italy: “The restrictive measures will have repercussions on the wine sector and we believe that direct support measures for businesses are necessary, but avoiding market distortions, just as interventions to favour and promote the consumption of Italian wine would be desirable, in a moment characterised by missed collections and loss of positioning on foreign markets,” says the coordinator of the wine sector, Luca Rigotti. Confagricoltura, with Massimiliano Giansanti, who estimates lower consumption due to the suspension of activities at 2.7 billion euros, focuses on the fact that for the Italian agri-food sector 30% of the turnover of wine, pasta, bakery products, pork and poultry meat comes from sales to the Horeca channel: “In this month of early closures of bars and restaurants, farmers do not have the opportunity to allocate the goods. And they are also concerned about the consequences on the financial exposure front. This is why we must go beyond the emergency by drawing up a plan for recovery.” Coldiretti looks at the possible repercussions on national agritourism: “We risk unfairly penalizing the 24,000 Italian businesses, often located in isolated areas, in family structures, with a limited number of beds and at the table,” remarked President Ettore Prandini, who in relation to the Dpcm, asks for measures such as cutting the cost of labour, with the deduction extended also for the next deadlines, exceeding the limit of state aid.