Michel Chasseuil opens his Louvre of wine. Is it worth the 500 euro admission ticket? 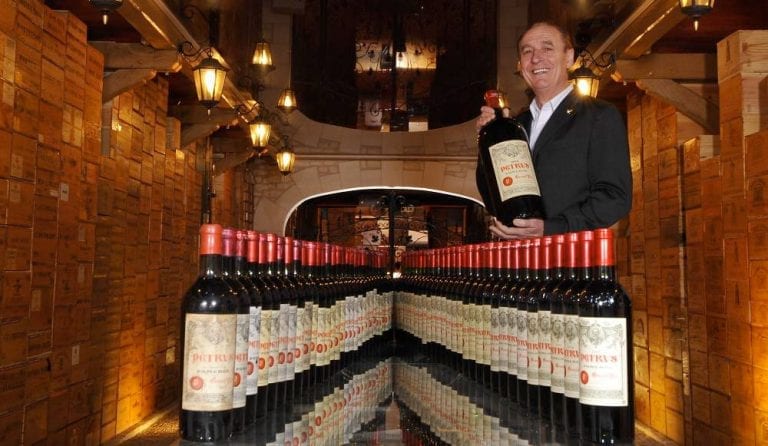 For over fifty years, Michel Chasseuil has been collecting bottles of rare and precious wines, which make him one of the most famous collectors worldwide. He will soon open his International Museum of Rare Wines in Chapelle Baton. But the admission price is exorbitant.

Chapelle Baton is a tiny French municipality in New Aquitaine. The village has fewer than 500 inhabitants, but one of them is planning to make it famous all over the world, linking its fame to the opening of a one-of-a-kind museum, which without any false modesty said inhabitant has already renamed the “Louvre of wine.” The idea is the result of a life spent collecting rare and precious bottles: Michel Chasseuil is one of the most famous wine collectors in the world, and today he owns more than 50,000 bottles, among which 120 examples of Château d’Yquèm and 80 Pétrus (but there are also lots of Italian, Spanish, Chilean wines; and rare spirits). The collector’s ego is well known to insiders: in 2011, Chasseuil published a volume focussed on his dream selection of wines (published in Italy by Gribaudo, with the title 100 extraordinary bottles from the most exclusive collection in the world).

The Louvre of wine. at a 500 euro ticket

Besides, in the last fifty years, he has travelled far and wide to find the rarities that now make up his collection, valued at 60 million dollars. Soon, everyone will appreciate it by visiting the nascent International Museum of Rare Wines in Chapelle Baton. The project has a troubled genesis: at first, Chasseuil tried to bring his idea to Paris, without finding consensus. The plan B strategy brought the initiative back within the walls of the house, not without a major investment to set up an adequate exhibition space (the cost, it seems, was over half a million dollars). A not nearly too hidden clue as to how Chasseuil expects to make back the expenses is the price of the admission ticket, set at the (exorbitant?) amount of 500 euros. The expenditure will guarantee that visitors will discover the bottles in the collection and retrace their history, without however having the right to a tasting, because, as explained by the French collector himself, “Such a worthy heritage must be preserved, and the wines treated as works of fine art,” and therefore never again destined to be drunk by anyone. In short, only look but don’t touch. Or rather, don’t drink, as the Times ironically headlines the article illustrating the enterprise.

A lifetime for wine

But why, then, ask for such a high ticket price, to the point of passing off the operation as a real provocation? Furthermore on the consideration given today to wine culture (remember that France, a few years ago, inaugurated an ambitious City of Wine in Bordeaux, while just recently, in Italy – where there are also several museum projects related to wine – UIV obtained the protection of cultural heritage for its library and archive). At the age of 79, Michel Chasseuil, known as ‘the monk,’ is considered the owner of the most precious collection of bottles in the world – including antique pieces dating back to the early 19th century, unique bottles as well as complete verticals – until now viewed only by a lucky few who have had access to the vault that he personally created since the 1980s, stacking the wooden boxes one on top of the other, and displaying the rarest bottles in the window, like an art gallery to contemplate, respectfully. He has made a living out of this passion, pushing himself to daring operations to snatch the best bottles around, especially rarest and hardest to find. Like when he borrowed a million euros to move into the market, or when he sold his collection of coins and stamps to reinvest everything in wine.

It is therefore easy to imagine what drives the museum project of his patrimony, ready for next summer. However, visitors will not have access to the historic vault, but rather to the new space set up by Chasseuil himself, not far from the former, developed on 350 square meters of surface, beneath his home in Fonfolet: wine-red floors, scenic lighting, background music for an experience that the collector can imagine is almost mystical. But not priceless. The ambition is to make his small village a place of attraction famous all over the world: “Fifty years ago, before Brigitte Bardot arrived, only three boats were moored at the port of Saint Tropez,” explains Chasseuil. Will there be room for your wines between the Louvre and BB?