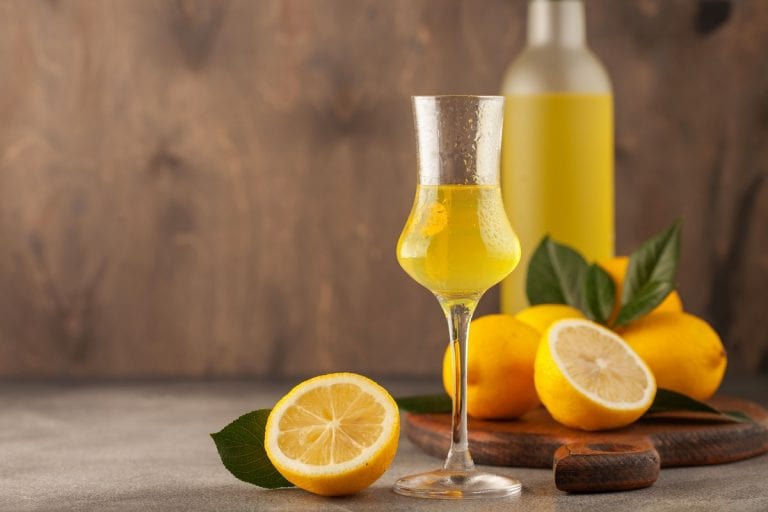 Once a must in the homes of Italians, liqueurs too are back in vogue during quarantine, thanks to the large amount of time available to prepare homemade dishes and beverages. History, recipes and anecdotes about traditional Italian products.

In the beginning, it was the Benedictine abbeys to first create infusions using roots and plants in alcohol, bitters to be administered as medicine to stimulate appetite, for example, or to facilitate digestion. There was the famous elixir, the drug par excellence, and then the many liqueurs to fight smallpox, malaria and other infections. Therefore these were not beverages to be enjoyed for pleasure, but out of necessity: only during the Renaissance did herbalists and apothecaries began to enhance the taste of such drinks, following the arrival of spices from India and South America. At first they were elite products destined for the court of Catherine de Medici, then from the mid-19th century bitters and liqueurs became the symbolic drinks of aristocratic parlours.

What are liqueurs and how are they made

Various beverages are included in the "liqueur" category, but to be precise they are products based on aromatics, drinkable alcohol or spirits, in the past ubiquitous in Italian homes, prepared by hand with what the territory had to offer. As happened with many other old habits, from homemade bread to sweets for breakfast, quarantine has led us to the rediscovery of these specialties, too. Firstly, in order to prepare really good ones, the quality of the raw materials is fundamental, whether it be fruit, herbs or roots. The procedures vary according to the type of liqueur to be prepared: for those with fruit, the peels or pieces of fruit must be left to macerate in pure alcohol for at least 10 days, so that the various elements can release all the aromas. Once the maceration phase is complete, the liquid obtained is filtered and combined with a syrup based on water and sugar. The glass bottle must then be kept tightly closed in a cool, dark and dry place. 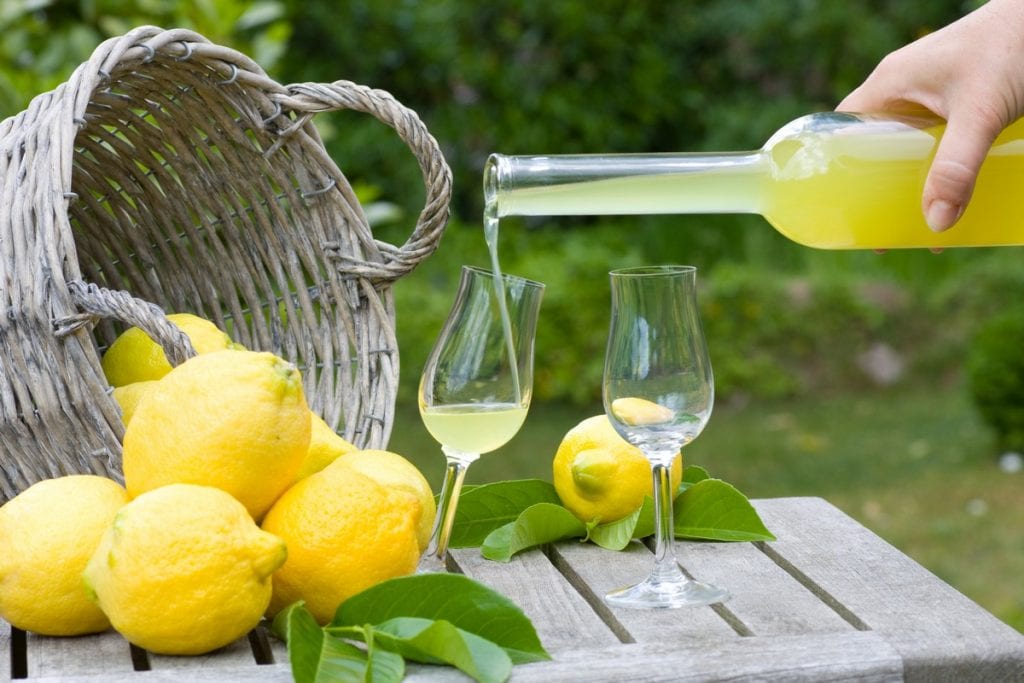 Limoncello, the liqueur of Capri

Among the most popular homemade liqueurs is limoncello. According to the legend it was born on the island of Capri in the early 20th century thanks to Maria Antonia Farace, owner of a small bed and breakfast with a large lemn and orange garden. Her son started the artisan production of lemon liqueur in the 1980s, thus spreading the tradition of limoncello on the island. In fact, the term was already in use in the 16th century, reported on the "Vocabulario De Las Dos Lenguas Toscana y Castellana"by Cristobal Las Casas of 1590, and then again in 1691 the vocabulary of the Accademici della Crusca, which defines limoncello as a simple "citron water." Originally, in fact, the name limoncello indicated non-alcoholic drinks made with water and lemon. 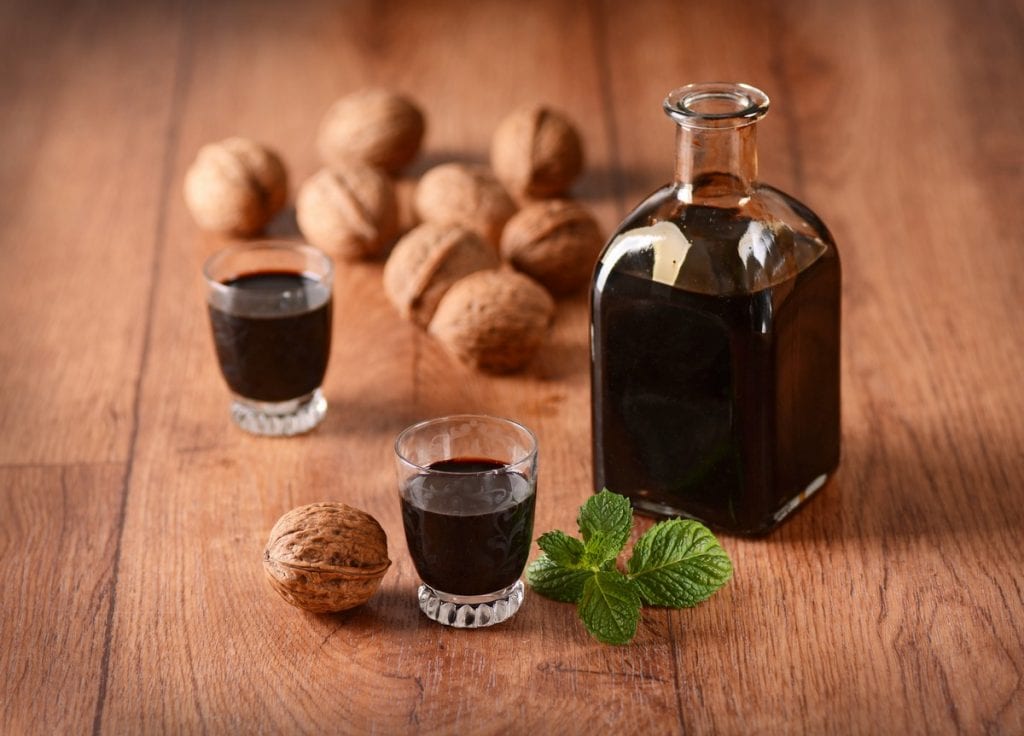 Nocino, the Celtic liqueur and the feast of San Giovanni

Another historic liqueur of the Italian tradition, nocino, also mentioned by Pellegrino Artusi in his "Science in the kitchen and the art of eating well": "Nocino is a liqueur to be made in mid-June, when walnuts are still unripe. It is grateful in terms of flavour and exerts tonic action on the stomach." A digestive infusion based on unripe nuts with an intense flavour, whose origins are shrouded in mystery. There are those who say that it was the Romans who imported the recipe from Gaul, and those who believe that instead it was the druids, the Celt priests, who invented the drink by collecting the nuts at the dawn of the summer solstice by barefoot virgin women. An evocative ritual that in part still persists today: nocino is in fact inextricably linked to the Feast of San Giovanni, celebrated for centuries with customs of pagan origin on the night between 23 and 24 June. Among the products prepared for the occasion is the liqueur, to be made with the unripe walnuts collected the previous night, with tender husks and "picked by the hands of barefoot girls when the precious and beneficial dew has wet them", as the book “Santa pietanza” by Lydia Capasso and Giovanna Esposito. There's more: "For the walnuts to properly develop their powers in the infusion, the fruits must be in odd numbers." 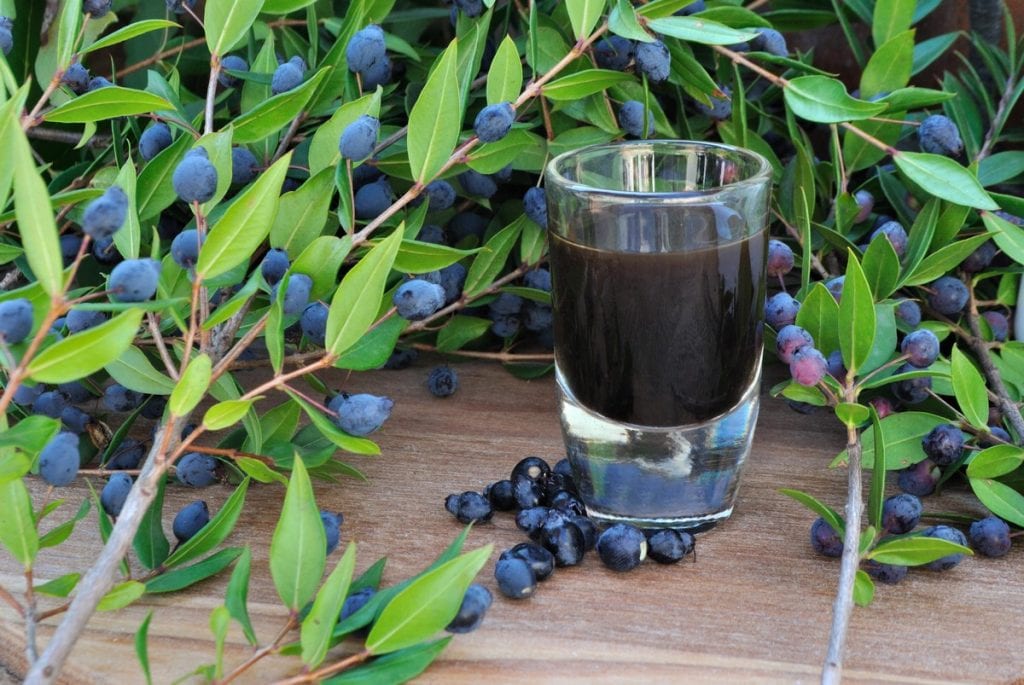 Among the most representative products of Sardinia, mirto, is a liqueur obtained only from the berries or from berries and leaves of the myrtle plant. Already known at the time of the ancient Egyptians, who used it to make decorative wreaths for the most important anniversaries, this is a custom then resumed in ancient Greece, where the winning athletes of the Olympics were surrounded with a wreath of myrtle. The first uses in the kitchen, however, came only in the Middle Ages, when cooks began to flavour their meat dishes with berries and myrtle leaves. The first appearance of the liqueur dates back to the 19th century, and since then myrtle has always been a symbol of hospitality and conviviality, one of the first beverages to be offered in any self-respecting Sardinian home.

Amaretto and the legend of the innkeeper in Saronno

Despite the misleading name, amaretto does not fall into the category of bitters: it is instead a full-fledged liqueur, made with herbs, bitter almonds, cherries, plums, cocoa, herbs and sugar. The drink was born in the 16th century in the city of Saronno, according to a folk tale thanks to a local innkeeper who offered the elixir made of herbs, toasted sugar, bitter almonds and brandy to the painter Berbardino Luino, at the time in the city to paint a fresco in the Sanctuary of the Beata Vergine dei Miracoli. The artist appreciated the drink so much that he made it known to everyone, and in this way the liqueur also spread outside the area. Today amaretto is one of the most popular Italian products abroad and is mainly produced in two historic factories in Saronno, one at ILLVA Saronno, which markets the well-known Disaronno brand, and the other by Paolo Lazzaroni & Figli, manufacturer of Amaretto Lazzaroni 1851.

In addition to the classic liqueurs, there are also liqueur creams, more dense and sugary, with a moderate alcohol content. Think limoncello cream, for example, or the mandarin cream, or the coffee or chocolate cream. Another difference between the two products is the presence of heavy cream or milk (or both) in the mixture, which is therefore more silky. But at home you can also prepare elixirs, in the past used mostly for therapeutic purposes, made from the maceration of herbs, spices and fruit, whose alcohol content ranges from 40 to 65°C.