Etna Fever: the classic wines of the volcano 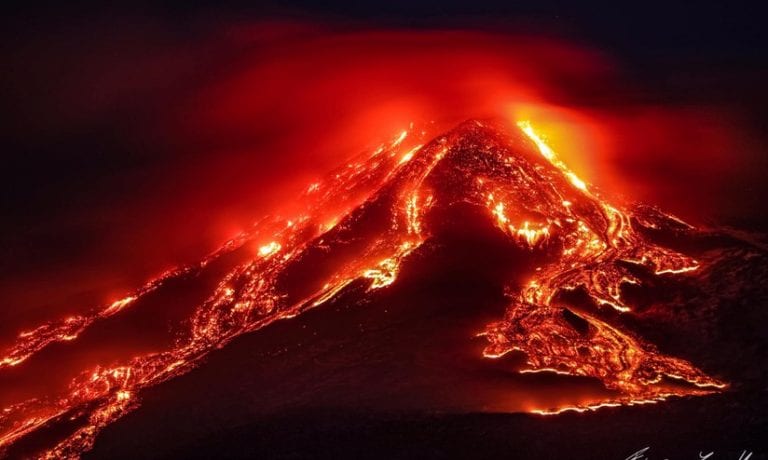 11 wines, 11 songs, 11 caresses of the volcano: here is a collection of some of the best Etna wines.

She’s awake. In recent days, Etna has done what it does best: put on a show. Lava flows, roars, mountains of smoke and lapilli (pumice pebbles) hundreds of meters high, ashes that have covered all the small villages on the north flank, even reaching Catania, with the airport forced to close. The usual Etna, the usual magnetic charm of all time. I could spend whole days just looking at it. There are no other romantic and evocative wine territories like Etna, with its wild and raw beauty, its villages frozen in time, that handed down aspect that so damn sexy. Etna gives you no way out, it exudes danger and a sense of attraction, uncertainty and energy. All sensations that we are experiencing strongly these days. The beauty in the glass is woven from the details, from that dark and graceful profile, a delicate but very intense presence that grows in contact with the air. Etna wines are unpredictable, even fragile. On this occasion we dusted off a round of tastings of the great classics of the volcano, put together in an album by true enthusiasts. 11 wines, 11 songs, 11 caresses of the volcano.

Monumental for precision, crystallisation of flavour, brilliance, surreal time management. The scents include menthol, the colour is still very young, vibrant and creamy, never ending in its hints of herbs and salt. One of the best whites ever produced in Italy, child of the contrada caselle, just outside milo.

A wine that has opened a way, a vision. a 6,000 square meter patch surrounded by dry stone walls that Marc De Grazia decided to produce on his own. The vintage is graceful, with bewitching floral aromas, pure silk tannin, reminiscent of medicinal herbs alternating with whispered minerality.

Etna Rosso Monte Ilice 2007 – Biondi
A wine produced only in 2007 and 2008 by Ciro Biondi in the municipality of trecastagni on a small volcanic crater. The gustatory verticality is proportional to the slopes of the vineyard, reaching 45% inclines, complete with an active cableway to transport the grapes. Plants sink into the sand, there is also a little minnella; the modulation of flavour and the incisiveness of this Etna are something worthy remembering.

Etna Rosso Musmeci 2008 – Tenuta di Fessina
There is a sense of balance in this wine that is totally at odds with the disturbing energy that the volcano transmits. The vineyard dates back to 1932 in the contrada Rovittello district. scents are of freshly picked blackberries, graphite; the tactile sensations are nothing short of caressing, there is still a lot of momentum and fragrance, lashings of flowers and ash. Among whites, take note of a’ Puddara 2009 and a real gem: Musmeci Bianco 2015.

Etna Bianco Quota 600 2010 – Graci
Great interpretation of the vintage by Alberto Graci. The sensations of orange blossom and broom touch deep strings, as well as the minerality matrix, for a white with a refined step, structure, and with a decisive and balanced finish, just slightly resinous, of excellent progression.

Rosso Relativo Rivedibile 2014 – Bonaccorsi
It’s not a red, it’s not a rosé, it’s rather a fascinating middle ground for its cadence in perfumes, first slow and then incessant. The smoky imprint carries herbs, mulberries, licorice with it. The wine was rejected by the tasting commission of the Etna Doc, Alice Bonaccorsi thus decided to put the “to be revised” term on all the bottles. reassessed now, it has aged better than many famous Etna Rosso.

Magma 2014 – Cornelissen
From the contrada Barbabecchi district comes this intense red, deep, powerful and fascinating on the nose, which smells of smoked herbs, ripe peach and lots of mediterranean scrub. In the mouth it’s dense, rich in fruit, with round tannins that satisfy. at the beginning it feels like a slow wine, in the end it runs freely between smoky touches and an intense minerality.

Etna Rosso San Lorenzo 2014 – Girolamo Russo
2014 was a great year only on Etna. Rarefied, impregnable, the colour is very clear but the tenacious taste, a spun texture like silk, with fruit at its maximum point of maturity and vitality. Memories of pepper and graphite accompany a symphonic gait. in the cellar there are a few bottles of a 2016 goosebumps-worthy San Lorenzo reserve.

Etna Rosso Contrada Santo Spirito 2016 – Pietradolce
We already talked about that natural amphitheater that is vigna Barbagalli, the 2012 vintage should be framed like a precious work of art. Here we like to remember a bottle that best summarises the traits of a delicate cru like Santo Spirito, one can feel the cold winds, and the scents of rose and mint. Raspberry and a lot of grace in the mouth.

Etna Rosso Don Alfio 2016 – Vino di Anna
Australia and france meet in solicchiata. here, the sensibility of Eric Narioo’s tasting, the resourcefulness of Anna Mertens and the grapes of a vineyard located 900 meters above Rovittello, matured in amphora. It opens with a little co2, then it’s just a crescendo of mulberries, pepper. Juicy and salty: extremely long!

Etna Rosso Contrada P 2016 – Passopisciaro
The last “track” is dedicated to the work on the contrade by Andrea Franchetti who has opened the eyes of many other producers. we like the echoes of root, anise and violet, for a juicy red of finesse and depth, with well-defined minerality and nuances of incense. 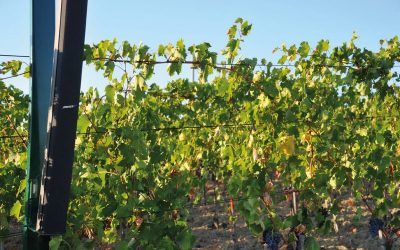