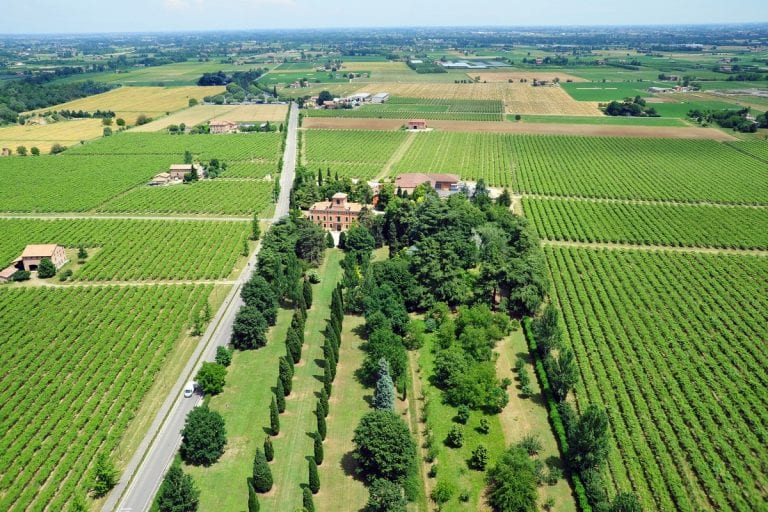 How to taste Lambrusco best? Here are a few tips by Tommaso Chiarli.

It was the year 1860, when Cleto Chiarli decided to change his business, closing the Trattoria dell’Artigliere in Modena to devote himself entirely to wine, given the success of his Lambrusco. A happy intuition, supported by the increase in sales well outside the province; until 1900 when he obtained Mention Honorable at the Universal Exposition in Paris. Tommaso Chiarli today represents the fifth generation, grandson of Cleto and Anselmo Chiarli. He has brought a breath of fresh air to the company with a younger and more dynamic vision in response to the pandemic crisis. "We have always been innovative in the production field, among the first in 1959 to introduce the Charmat method - Tommaso says - in 1960 we launched the Lambrusco di Sorbara Centenario label for the first hundred years and between the Seventies and Nineties, we followed the impetuous growth of the market in Italy and abroad, effectively managing the momentary decline in interest in Lambrusco and showing a lively will to rect."

In 2001, Chiarli, which continued to be firmly in the hands of the family, decided to unify the management of the seven owned estates. Thus was born, in Castelvetro, in the heart of the Modenese countryside, the Cleto Chiarli Tenute Agricole, a new entity of more than 350 hectares divided into three estates, in particular - Tenuta Cialdini, Tenuta Belvedere and Tenuta Sozzigalli. "Our Lambrusco is destined for large-scale distribution and part of HoReCa. Until now we know that wine sold in large-scale distribution and discount stores has not suffered financial collapses - says Tommaso - because consumers, who did not go to restaurants or other places, bought it in these points of sale. In foreign markets, on the other hand, where quality sales were aimed at the HoReCa sector, the entire Cleto Chiarli range, present in almost all countries, underwent growth. This market is strongly rewarding us as new consumers begin to appreciate the dry, sparkling and low alcohol style that Lambrusco offers." The current oenological crisis has led consumers to turn to lower-end wines which is registering an increase in demand for wines in big bottles or in bag in box.

"In light of this - says Tommaso - we, as Chiarli, are trying to keep the aforementioned quality products alive through new sales channels and advertising investments through e-commerce sales such as Vivino USA and Wine.com. Surely the possibility of offering different product ranges and prices in the various international markets will help us overcome this low period, but we are aware that the quality journey undertaken by Chiarli and many colleagues in the area must be such. Sales in Canada followed the same trend as all western export markets. The Chiarli winery, thanks to its experience in the monopoly of LCBO (liquor Control Board of Ontario) has managed to sustain sales in the sector, while sales in the HORECA sector have completely collapsed. Furthermore there have been many logistics issues that have slowed down supplies and created out of stock with direct consequences on sales. The pandemic has certainly compromised the process of enhancing Lambrusco in the fine dining sector, especially in the western part of Canada, Alberta and British Columbia”.

And for those who wish to taste it on their tables, how would they appreciate Lambrusco best? "Lambrusco in the various denominations and grape varieties offers ample space for pairing with Italian cuisine. It's important to distinguish Lambrusco di Sorbara from Grasparossa di Castelvetro. The former has a marked acidity, few tannins and an unmistakable freshness. For this reason, in addition to the typical pork cured meats of the Emilia tradition, it goes perfectly with fatty and salty dishes such as fried fish and tuna and salmon sushi. The latter, thanks to its roundness and more pronounced tannins, can be paired with meat-based dishes, such as American and Korean barbecues. In its most "amabile" sparkling version, it pairs well with many spicy dishes of Chinese and Indian culture." 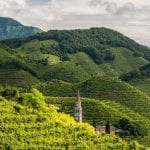