Biodynamics. Not just small wineries, but also bigger businesses are adopting it 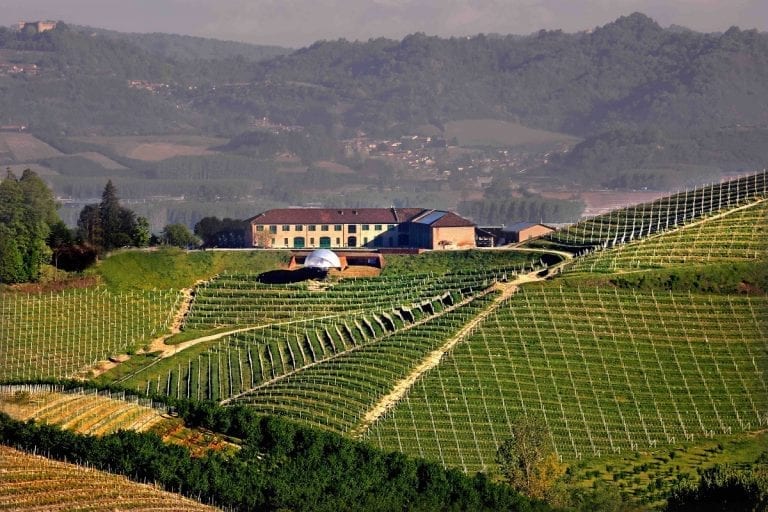 It is not only small farms that choose biodynamics: today even large wineries follow the teachings of Rudolf Steiner

Increasingly less mysterious, with slips into the esoteric, and more and more a recognized discipline, capable of painting a clear agronomic picture. Italian biodynamics has changed a lot in recent years, both internally and in the perception it conveys. Proof of this is in the number of farms that have decided to implement the turn to biodynamics, with the world of wine in the forefront. A quantitative fact that crosses with the type of wineries: if once it was the smaller ones, sometimes the very small ones, who chose this production method, today there is no lack of large companies, with historical and established brands who are now determined to take the path traced by Rudolf Steiner.

Biodynamics in wine: Ceretto chooses it but is not certified

Just think of the sensational decision of Avignonesi in Montepulciano (about 200 hectares in one single body), today one of the major wineries managed in biodynamics, and Ceretto, one of the most significant brands in the Langhe (in the opening photo). The latter case is not yet certified by one of the relevant bodies, but the substance does not change. “I personally came to know this world in 2009” affirms Alessandro Ceretto “the spark struck immediately, convincing me to start the first experiments; first only on the crus of Barolo and Barbaresco, today in 100% of our vineyards which occupy about 130 hectares. Not exactly an easy thing to organize” he continued “but the result is extraordinary in terms of quality and health of the soil, microorganisms and organic matter. All issues that were not taken into consideration, until twenty years ago.” No certification, however: “I'm not certified because at the moment the brand does not bring us particular benefits, in addition to the fact that I find certain positions excessively dogmatic. For us biodynamics is a means, not the goal: what counts is the wine we are able to produce. I don't care about the rest, I don't want to prove anything. I'm not even interested in scientifically justifying things; I read some numbers but it's not the important thing. Just look at the soils and their vitality, as well as the quality of the wines. Plus I'm ethically happy. I do not pollute and this is already a lot."

Another epiphany, perhaps unexpected, came to famous winemaker Luca D’Attoma, who immediately chose the biodynamic regimen for Duemani, his personal project in the hills outside of Pisa. "Not so unexpected," smiles the winemaker "Since the beginning of the Nineties I've been pushing wineries towards organic conversion. Then I realised that something more complete was needed, also thanks to important people, including Francois Boucher with whom I collaborated for some time. In fact, in my work as a consultant I noticed there were no wineries with this set-up, but for mine I had no doubts. Afraid of being labeled? Absolutely not. I wanted to show that excellent wines can be made with this discipline, rigorous and without defects. I have always fought for this: if wines have problems, it's certainly not biodynamics' fault. We need attention, approach, dedication, clean approach."

Biodynamics of Tuscany and its big wines

In short, the movement in Italy is not only the prerogative of hyper "alternative" wineries that are a little hippy, with a light-hearted and irreverent attitude, it has also attracted proselytes in more "bourgeois" environments. With its chateau appearance, Tenuta di Valgiano on the Lucca hills, is an example of how prestige and global reach can be combined with a holistic and sustainable vision of wine, creating a sort of "biodynamic district" that has few equals in the world.

It was the early Nineties when Moreno Petrini, together with Laura di Collobiano and with the technical support of Saverio Petrilli, started his winery. "From the earliest years, I had an instinctive reaction to the use of harmful substances. I found it absurd so I approached the organic regimen and finally biodynamics. The goal was to recreate humus in the soil, something no one talked about except biodynamic advocates." That's when we had our first contacts with Australian producers and from there with Alex Podolinsky (who was President of Demeter Australia and, practically the founder of the movement in that country). “We immediately liked his pragmatic approach, as a farmer who put his experience at the service of other farmers. So I decided to jump on the bandwagon and I purchased Joly's first books, which I read in French. From there to the certification, which arrived in 2006, the path was exciting. Much also depended on my training in wine, as a passionate taster: on every occasion the biodynamic wines were the most captivating, even if less immediate at first. After all, how can you not fall in love with the wines of Leflaive, Romanée Conti, Leroy, Lafarge, Comte Lafon or Marcel Deiss?"

What is the current position regarding, “Where do I place myself today? It's not something I wonder about. I just make the wine that I like, I have been critical of certain wines of the oenologist nor do I like wines that are overly funky. In the biodynamic world, let's call it that, my wines are sometimes criticized for being too correct and therefore 'unnatural.' This is a big limitation for movement. In terms of image, at least for where we want to place ourselves, biodynamics is not enough. If you want to sell at certain prices it's the quality that speaks, not the labels. I am very critical of the 'commercial' trends in the matter: selling a philosophy rather than wine is wrong."

But the list of prestigious names, converted or somehow reached by biodynamics is getting longer and longer and concerns famous brands like Foradori in Trentino, Castello dei Rampolla, in the heart of Chianti Classico, just to name other prominent examples. The fact is that the club of biodynamics Made in Italy today has a pedigree of absolute value, capable of breaking down barriers and clichés; a bit like in France, a country where many prestigious wineries have been working in this manner for some time, without sacrificing their classic and prestigious image.

But back to domestic facts, biodynamics appears increasingly as a paradigm of organic rules, transmissible and with measurable effects. Courses are multiplying and an annual Master program was also created, now in its fourth edition, promoted by the Cambium training centre and coordinated by renowned professional Adriano Zago. A structured teaching program, aimed at various figures in the world of wine: producers, consultants, university researchers, marketing and commercial managers, marketing staff.

The next edition will be held from 26 April to 1 May 2021 at the Castello del Trebbio (Pontassieve, Florence; for information and registration email: [email protected]).

As Zago says, "being biodynamic does not mean doing things randomly, with questionable results." This applies to the production processes, in the vineyard and in the cellar, but also for the image, communication and marketing. Followers of certain disciplines have sided against the standardisation of taste and it is correct in that this basic choice is declined in all corporate aspects, in search of ethical and aesthetic identity.