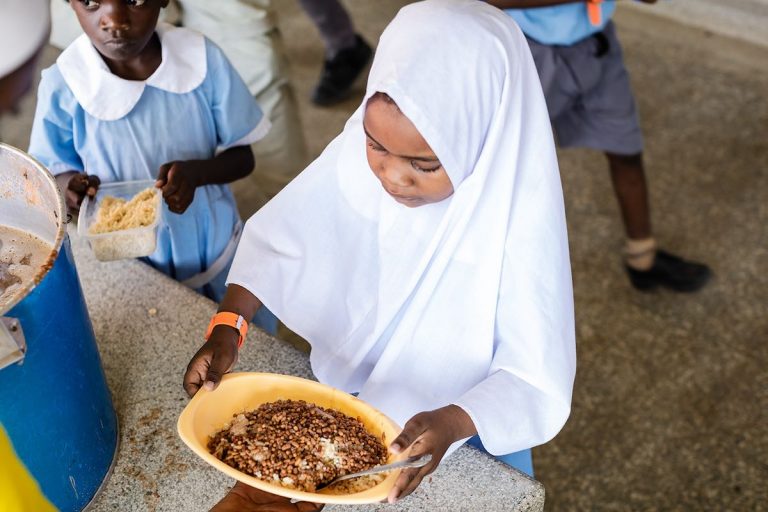 50 Best Restaurant assigns the Icon Award to Wawira Njiru, Kenya nutritionist and creator of the Food for Education organisation

Since it was awarded for the first time, the Icon Award, which is a  recognition that 50 Best assigns to the character who with his/her work has brought positive change to the sector and society, has awarded Dominique Crenn - "true leader in culinary field, capable of giving a voice to those who are not represented," an activist for the rights of women, LGBTQ+ communities of workers and the hungry - and José Andrés for his engagement with the World Central Kitchen in 2019. This year the award went to Wawira Njiru, former United Nations Person of the Year in Kenya in 2021 and first winner in 2018 of the Global Citizen Prize, Cisco Youth Leadership Award. The Kenyan nutritionist is founder and director of the non-profit organisation Food for Education which is engaged in ensuring access to food for children in Kenya, where 80% of children do not receive a meal during school hours. This has consequences on attendance and learning. "The Icon Award recognises true pioneers in the food industry," explains William Drew, director of The World's 50 Best Restaurant. "We are honoured this year to deliver it to Wawira Njiru for her outstanding work. Food for Education's achievements in just six years have been astonishing and we know that Wawira and her organisation will continue to do amazing things in the future, across Kenya and beyond." The prize will be presented at the awards ceremony to be held at Old Billingsgate market in London on Monday July 18th.

Who is Wawira Njiru and what does Food for Education do?

Convinced of the relationship between food and education, of the importance of a sufficient nutritional intake to follow the schooling path correctly, and of the possibility of improving one's living conditions through education, Wawira Njiru launched Food for Education in 2016, distributing 25 meals a day. Today it has reached over 7 million.

Food for Education - which operates 24 hours a day and now has 200 employees - is able to ensure food for 40,000 children a day, providing meals with the correct nutritional intake to the students of 41 schools in the counties of Nairobi, Mombasa and Kiambu, in Kenya. Thus not only countering hunger but also the lack of education, and therefore opening new perspectives for the future. She herself - raised in Ruiru where during the lessons some children fainted from lack of food - has experienced firsthand how the lack of adequate meals can reduce attention and learning, "no child should go to school on an empty stomach" because, she explains "for hungry children it is neither possible to learn nor grow, and the meals provided at school are essential for the development and education of children." The pandemic, during which they distributed money and over 2,000,000 meals to children and their isolated families, aggravated the situation. These meals, sometimes essential to cover the nutritional needs of children, were even more important. Not only that: by sourcing from local farmers, Food for Education also has a positive impact on the local economy.

How Food for Education works

A central kitchen prepares meals with high nutritional value at night - usually rice, beans and vegetables - according to internationally recognised food safety standards; subsequently the food is distributed at lunchtime in schools and then delivered to children thanks to advanced technology. Wawira Njiru and her team have developed a mobile platform called Tap2Eat that works through a smart bracelet (harder to lose than cash) given directly to children to pay for lunch. The cost? 15 cents per meal - "the cheapest in Kenya" says Njiru - thanks to funds raised from donations. Today she works with the government to secure a national school lunch subsidy while aiming to feed 100,000 children a day by the end of 2022, and then reach 1 million children over the next five years across multiple regions of Kenya.