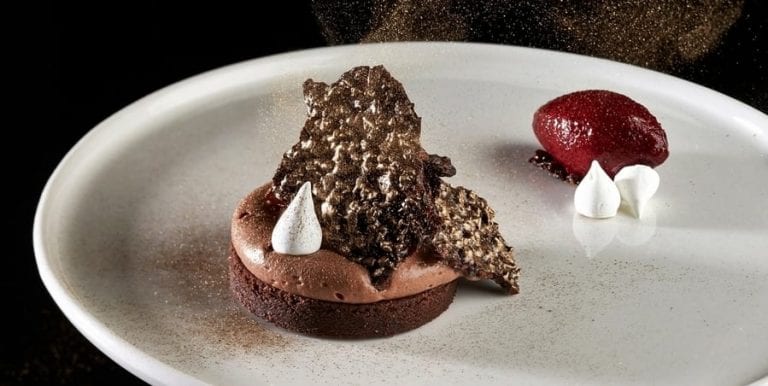 The American capital is not only the political heart of the country, but it is also a sophisticated city where the world’s cuisines are especially authentic. The best Italian tables are here. Even home food shopping is aimed at direct contact between consumers and farmers.

It’s not surprising that restaurants in Washington, the country’s capital, offer what is probably the best Italian cucina on the continent. Quality is high, considering that we’re on the other side of the Atlantic, and is supported by ingredients coming either from Italy or from American farming states such as nearby Virginia or distant California. Excellent summer tomatoes are abundant in Eastern Market, which has been open since 1873 with both fixed stalls and improvised ones manned by small farmers. Supplies of quality produce are abundant and an increasing number of restaurateurs are buying directly from the growers. Abraham Lincoln, who established the Department of Agriculture, called it “The People’s Department”. Its home is near the National Mall. The culture of good agriculture and good cuisine has a daily presence in Washington, and the population boasts a high percentage of careful consumers from around the world, including Japanese, French and Italians. Shoppers focus on the sensory characteristics of their purchases, rather than on the guide from the Department of Agriculture. This publication, focusing on health, furnishes statistics on fats and sugar but the department allows GMOs, foods from genetically modified organisms, often deplored in Europe.

Washington shows its romantic side during the National Cherry Blossom Festival, when 3,000 cherry trees, donated by Japan 110 years ago and cared for religiously since, bloom around the Capitol. Italian cucina is popular in the city and quality is generally high, thanks to Italians who cherish, maintain and update their culinary traditions. Washingtonians eat less cedar-plank salmon every year and more Italian risotto. They drink more Brunello di Montalcino, Barolo, Cannonau and Aglianico del Vulture and down fewer French bottles. Many Italian restaurateurs deserve reviews in our guide, interpreters of the extraordinarily complex Italian cucina. Here are the best.

Like a gold-seeker in the middle of the 19thcentury, Fabio Trabocchi, from Osimo in the Ancona province of the Marche, sought his El Dorado. After studying with Gualtiero Marchesi, he bounced between London and New York before finding gold in Washington D.C. In homage to his home territory, he named his restaurant Fiola, which, in Marchigiano dialect means ‘daughter’. Although it began as a regional restaurant, today it serves the best all-around Italian food in Washington. With extreme elegance, summa cum laude service, and a record-breaking wine list, Fabio Trabocchi serves authentic cucina. Many of his fixed price menus open with glamorous Kumamoto oysters paired with Sorrento IGP lemon granita and delicate caviar. The rich saline of the oysters blends with the refined savor of caviar, both cleansed by the granita. Next are tepid tortellini with ossobuco, pesto and sweetbreads, in which the delicate, typical flavor of the sweetbreads blends well with the savory pesto. The meal ends with fireworks, a selection of desserts from different regions of Italy reinterpreted by the pastry chef. Among them is an unforgettable Sicilian pistachio soufflé tart.

“Washington’s restaurant sector is in ferment. It has diversified thanks to restaurateurs and chefs coming from other cities like New York or from other countries. Italians have a special place in the hearts and minds of gastronomically mature Americans. Despite the important role played by the French and Spanish, ours is still the star,” declared Fabio Trabocchi.

Assaggi: the Osteria that politicians love

Domenico Cornacchia has been in the United States for 25 years. He opened his Osteria in 2009, a fresh, modern restaurant with an outdoor terrace, a few blocks from CIA headquarters. The place is a favorite with politicians, lobbyists and diplomats from around the world. Service is careful and professional, entrusted to well-trained young Italians. Dinner at an Assaggi table leaves a pleasant memory, such as of salmon trout marinated with fennel, green grapefruit and intensely fruity extra-virgin olive oil. It is a marvelously simple dish with clean flavors in which the natural fattiness of the salmon contrasts with the sweetness of the fennel and the mild acidity of green grapefruit to cleanse the palate. The oil lends aromas of grass and fresh olives. Pan-fried calamari (cooked briefly over high heat) take on a bittersweet note that lobster mushrooms (typical of Canada and New England) render particularly pleasant, conferring a contrasting sensation on the palate. Excellent zucchini blossoms are stuffed with crisp sardines, cherry tomatoes, capers and Cetara anchovy colatura. The wine list covers all Italian regional production with interesting deviations from the classic names. The selections show careful research and thought that is often missing from even the most respected restaurants in other cities. This summer, Assaggi Osteria opened an adjacent Neapolitan-style pizzeria.

Tiramisu is one of those restaurants where the personality of the chef stands out above everything else. There would be no Tiramisu without the volcanic, romantic verve of Luigi Diotiaiuti, who landed in Washington twenty-five years ago intent on creating a true Italian restaurant. The identity of Lucania in each dish is clear, an identity that Luigi also tried to pass on to the staff of the Department of State during Barack Obama’s terms. Luigi was born on a farm in the countryside of Lagonegro and studied at the hotel school in the resort of Maratea; he has always been a true ambassador for the Lucania zone. His devotion was such that the region of Basilicata starred him in a documentary called Beauty of Basilicataproduced by the James Beard Foundation. The restaurant, located near Dupont Circle, 300 meters from the World Monetary Fund and the World Bank, offers top quality cucina, using ingredients imported directly from Italy. Contact with producers is important for Luigi. He returns to Italy every year to accompany Lucanian shepherds in their biannual transhumance, the moving of their herds between summer and winter pastures. Tiramisu is a temple to pasta, presented in a satisfying array of guises. Luigi is an atypical innovator: he uses modern techniques and serves ancestral foods, starting with goat meat. “Only 3% of Americans know that goats exist, can be eaten, and that their meat is good. Goat is the future of healthy human nutrition. I grew up in the country in the company of 250 goats. I want others to share that experience. The success has been astonishing. That’s what’s beautiful about America – there are enormous, extraordinary, pristine culinary paths to explore.” Tiramisu’s wine list is wide-ranging and deep.

Antonio Matarazzo, thirty-eight years old, has been showing the American capital city a kind of cucina italiana that rejects the desire for modernity at all costs. Instead, he affirms a romantic model that is beginning to win over American tastes. His amazing selection of ingredients arrive from Italy every day and he produces an impressive variety of pasta in-house. Fusilli ‘con il ferretto’, made with a knitting needle, as Irpinia’s tradition demands, is topped with meat sauce, half pork and half beef, that simmers over low heat for at least eight hours.

The Cheese Room is overseen by an expert that offers almost one hundred Italian cheeses, ranging from the classic to the rare: pecorino alla grappa, l’ubriaco del Piave, Moringhello made from Lombardy’s buffalo milk, Accasciato, from a mixture of cow and buffalo milk. All the selections can be paired with honeys and chutneys from around Italy.

Italian artichokes marinated in ice with lemon and orange peel are breaded in a mixture of flours. Crisp outside and delicately tender inside, the earthy flavor of the artichoke is enhanced by the “bagna cauda rivisitata”, a warm garlicky dip based on Cilento’s fatty anchovies. Pork chops, marinated in apple vinegar for four days and then grilled, are crunchy outside and wonderfully tender inside. They are served with a marmalade made from salt-preserved Amalfi lemons that fuses perfectly with the meat’s caramelized vinaigrette. The pork is slow-raised for Lupo Verde by Pig Crafters of Goochland in nearby Virginia. The farm specializes in heritage breed pigs fed on distillery and brewery mash. Lupo Verde’s wine list represents all Italian regions, is not limited to the classics, but offers interesting novelties from the Italian wine scene.