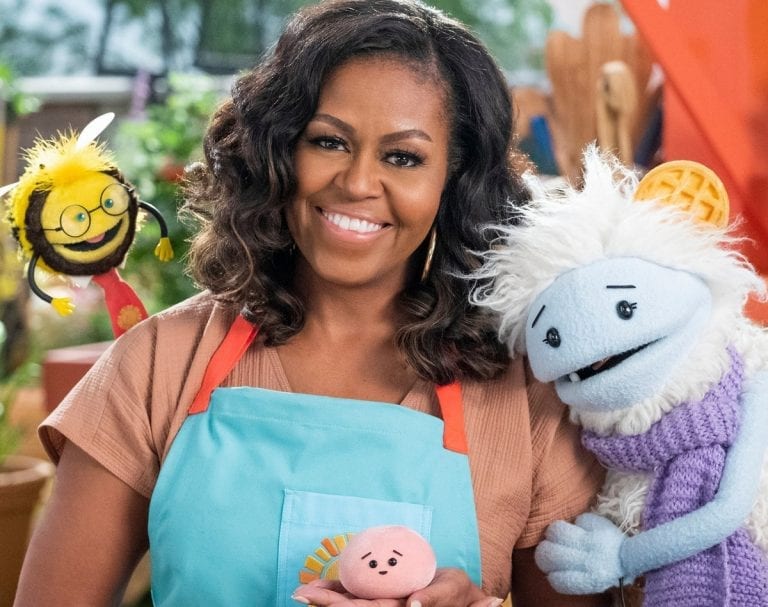 Eating healthy is essential in childhood and the former first lady knows it well: champion of well-being, Michelle Obama is now back on Netflix with a series dedicated to nutrition.

Proper nutrition has always been a topic near and dear to former First Lady Michelle Obama who, more than 10 years ago, approached the national restaurateurs association asking to rethink the quality of the meals offered to families and children. Her focus went to school cafeteria menus asking for healthy, balanced and tasty meals, suitable for growing kids (a plan which Trump, during his tenure, tried to overturn). Already the protagonist of the documentary "Becoming, my story," which tells about her life after leaving the White House––but above all her pursuit of happiness regardless of her husband's political career––Michelle Obama returns on Netflix starting March 16 with a series produced by Higher Ground, the couple's production company, all focused on the role of food.

The show is called Waffles+Mochi, and it consists of ten 20-minute episodes which aim to explain to the little ones how to eat healthy, having fun and without sacrificing taste. In short, a different, useful series, the kind of program that "I wish had existed when my daughters were growing up, because it's fun to watch with the whole family, and at the same time gives parents the certainty that, looking at it, their little ones are also learning something." The protagonists of this adventure are Waffles and Mochi, cute puppets and aspiring chefs who live in the Land of Frozen Foods and are then hired in a grocery store. The owner is Michelle Obama, who will help the duo learn how to cook, thanks also to the complicity of chefs and prominent personalities from the world of food and wine, who will support Waffles and Mochi in their journey.

Massimo Bottura, for example, but also José Andrés, founder of World Central Kitchen, plus famous people like Jack Black, Gaten Matarazzo, Rashida Jones and many others. An ambitious project created thanks to a partnership with Netflix started in 2018, with which––in addition to Becoming––Michelle Obama had also created American Factory and Crip Camp. And now she is once again confirmed as an icon of well-being and a healthy lifestyle, but first of all a great communicator, expert, charismatic communicator, who becomes the narrator of a story never told before, at least not in these terms. An absolute queen who does not steal the show, is rather the discreet protagonist who puts first of all "good food: how to find it, cook it and above all eat it" in the limelight. To help the children, but "even giving adults a chance for some laughs, and who can find useful hints and tips for cooking better." A series for everyone, innovative and as always tailor-made for the public. In full Obama style.