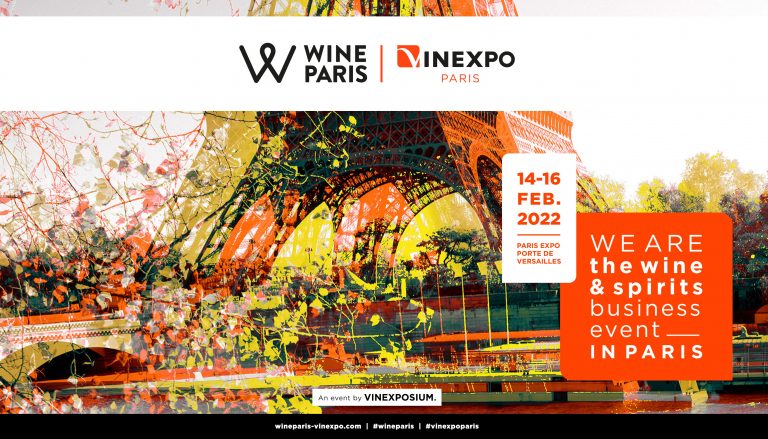 2,800 exhibitors from 31 countries, seminars, high quality tastings and multifaceted conferences with experts is Vinexpo's winning formula for this 2022 edition in Paris.

The world of international trade shows is making a comeback. The season will start in Paris with Vinexpo opening a year still full of pitfalls, but also of new opportunities in the wake of a burning desire to restart. The organizers made it very clear: in compliance with anti-contagion measures, Wine Paris & Vinexpo Paris will take place from 14 to 16 February at Paris Expo, Porte de Versailles. And there will also be Gambero Rosso with its Tre Bicchieri event, scheduled on February 15, and a masterclass led by Gianni Fabrizio and Lorenzo Ruggeri dedicated to the guide Vini d'Italia 2022’s special awards. A three-day trade show that will feature about 2,800 exhibitors from 31 countries, with France’s regions prominently represented. The organizers made a great effort, considering the two-year break in Paris since the pandemic outbreak. A tried and tested formula that includes seminars, high quality tastings and multifaceted conferences with experts on major subjects. The meetings are one of the event’s flagships, thanks to their quality content and authority of the participants on the matter: Be Spirits will talk about spirits and mixology, Wine Tech Perspectives about innovation and digitalization, while La Nouvelle Vague will leave room for young and talented wine producers. Paris is also getting ready to welcome guests by arranging accommodation, transport, as well as bars and restaurants for several side events that will take place in the French capital.

And speaking of food, during the Tre Bicchieri event, top Italian restaurants in the City of Light will be awarded. Paris is indeed one of the cities with the highest average quality worldwide, and at the same time one of the favorite destination for top Italian chefs. Among the several new openings that enrich an already extremely competitive dining scene, we would like to point out the one of Niko Romito’s restaurant at the Bvlgari hotel, the Langosteria, wanted by Monsieur Bernard Arnauld in the LVMH Group’s historic Samaritaine department store, the relaunch in grand style of the Carpacccio restaurant at the Royal Monceau hotel, or the +400° Laboratorio of the talented Neapolitan pizza chef Gennaro Nasti. Good news also comes from Italian wine import data: according to the Italian National Institute of Statistics, in the first 10 months of 2021 France has imported wine from Italy for a total of 187 million euros: +14.7% compared to the same period in 2020 and +5.6% in 2019.

Visitor profiles with the Netherlands in the lead

But let's go back to the trade show with visitor profiles’ detailed preview provided by Vinexpo. Interesting the attendance figure, which is equally divided between French (52%) and foreigners (48%). Among the 10 most represented countries, the Netherlands are in the lead followed by USA, Belgium, UK, Germany and Canada. 76% will be represented by trade buyers, 14% by wine merchants and 6% by hospitality. On the whole, decision-makers will represent 80% of all visitors, of which 64% are purchasing managers, whose role is to oversee purchases. Among the leading brands that will contribute to the restart of the trade show industry, there is the Brazilian Grand Cru, Winebow, Vncellars and Zachys with reference to the US, while Auchan, Leclerc, Edeka and Marks & Spencer for the large-scale retail sector. "The 2022 edition promises to be a truly historic fair with the record number of over 2,800 exhibitors from 31 countries and the strong desire for B2B and B2C meetings. If exhibitors correctly send e-invitations to their clients, we are highly convinced that this 2022 edition will be a spectacular success. We are well aware that, since September 2021, the trade show industry has seen a drop in visitors, from 10% to 30%, yet experiencing a massive increase in quality and, above all, a desire to exchange, buy and learn as never before", says Cinzia Colizzi, Vinexposium’s Italian market manager.