Vin brulé in the world: history, versions and recipe of the hot Christmas beverage 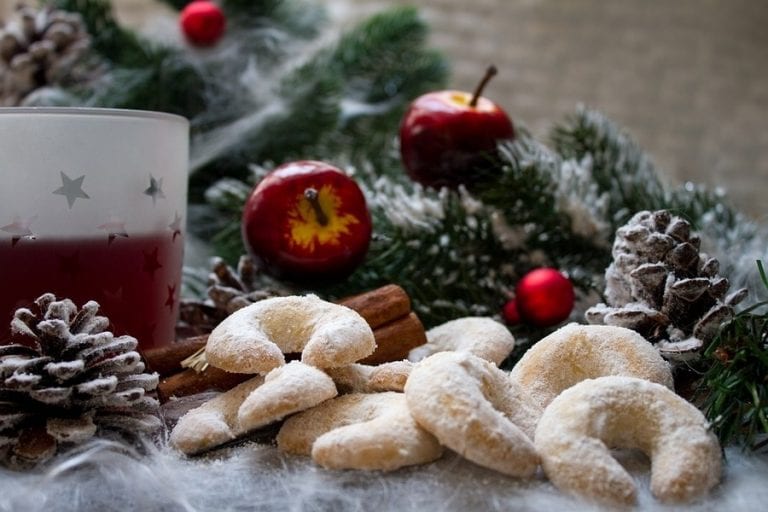 Red wine, sugar, aromatic spices: these are the basic ingredients for vin brulé (mulled wine), one of the most popular hot alcoholic beverages throughout Europe and beyond. A spicy wine with ancient origins, among the timeless classics of Christmas markets. Here's the whole story.

The magical Advent atmosphere, with colourful holly jolly lights and delicacies of all kinds, in the most classic Northern European tradition of iconic Christmas markets, aka Christkindlmarkt following the Protestant Reform. It's in these outdoor fairs that consumers from all over the world indulge in delicious treats, including typical sweets, invigorating dishes against the harsh December climate, and sugary hot beverages. Like apple cider, for example, or the most classic hot chocolate, or even the famous vin brulé, among the most popular drinks of Christmas parties.

From ancient Rome to the Middle Ages

A thousand year-old recipe, which has its origins in ancient Rome, with the contidum paradoxum, described by Apicius in his "De re coquinaria", a wine sweetened with abundant honey, heated several times and flavoured with pepper, nard leaves, saffron and dates, and generally offered to guests at the end of the meal. A specialty that has gone through centuries of history, undergoing––as it always happens––modifications and variations according to the eras and areas of diffusion. In the Middle Ages we find a sort of ancestor of vin brulé called hypocras, a wine enriched with medicinal herbs and usually enjoyed cold, also known as claret or piment. Legend traces the recipe back to an ancient invention of Hippocrates, 5th century BC Greek physician. But the first written records appear only at the end of the 13th century in the volume "Tractatus de modo preparandi et condiendi omnia cibaria".

Adding spices to wine is a widespread practice throughout Europe, partly because of their nutraceutical properties (cinnamon, for example, is rich in antioxidants and is one of the oldest natural remedies for fighting cold and flu), and a way to cover the taste of the wine, which at the time was poor quality and often rancid due to the bad conditions of transport and storage. To try to improve the taste of wine, the Swedes invented glögg, a hot spicy wine––originally consumed during meals––which in the 19th century was enriched with a further alcoholic addition: cognac. Glögg as we know it today, in fact, includes use of red wine, cognac (sometimes replaced by dark rum), sugar, star anise, cardamom, cinnamon, cloves, ginger, nutmeg, orange, raisin and almonds.

From mealtime wine to Christmas beverage

It's precisely with the Swedish beverage that hot wine begins to be associated with Christmas. The turning point took place at the end of the 19th century, when winemakers and apothecaries decided to bring their products to market stalls, offering them in hand-painted bottles for the holidays. The recipes, until then jealously guarded by each producer, thus began to spread throughout the country, creating the phenomenon of Christmas wine, a trend that soon reached even the most distant nations. With the necessary variations, of course, starting with the type of wine––red, white, rosé, sparkling, sweet––ending with the mixture of spices, aromatic herbs and fruit that gives the beverage its character and taste.

Among the many variations German gluhwein deserves a place of honour. Made with red wine, cardamom, cloves, bay leaves, cinnamon and citrus fruit peel. In Germany, in fact, there is no market, event or even family lunch at Christmas time without a glass of hot wine. There's more: according to folk tales, the famous Christmas markets originated precisely in Germany and Alsace, around the 15th century, in Dresden decked up for the occasion. Here, with the wine is lebkuchen, sweets invented by the monks in Franconia in the 13th century, very similar to our panpepato, made with honey, spices, nuts and candied fruits. But above all it's the spekulatius, cinnamon biscuits of Flemish origin made with wood or terracotta moulds, enjoyed as is or, better still, soaked in a glass of gluhwein. Without forgetting all the savoury specialties, starting with bratwurst, sausages made with beef or veal, and finally Nürnberger Rostbratwurst, Nuremberg PGI skinless sausages made with pork meat and pancetta, usually flavoured with marjoram, pepper, chervil, cardamom, ginger and lemon.

Strasbourg, with its approximately 300 stalls distributed in 12 locations in the heart of the city, is among the largest Christmas markets in Europe. With decorations and twinkling lights on the myriad firs, it's impossible to resist the temptation of the sweetly spicy scent wafting from bubbling copper pots. The French vin chaud includes the addition of a dash of cognac, and is enjoyed in combination with bredele, shortbread biscuits typical of the Alsatian tradition, or again with the männele, brioche in the shape of a little man. Britain responds with mulled wine, flavoured with orange, lemon, cinnamon, nutmeg, fennel seeds, star anise, cloves, cardamom and ginger, available at all Christmas fairs. Alongside each vat of wine, in the markets of the United Kingdom one should not miss tasting warm apple cider––very common also overseas––sweet beverage flavoured with the same mix of spices, and made even more delicious by the addition of honey and whiskey.

Even in Italy the beverage has always been a favourite for all, from connoisseurs to the less passionate, who in this sweet and fragrant version find a more lively and less demanding expression than red wine. It's above all in Trentino-Alto Adige, region rich in references to the Central European culture and marked Nordic atmosphere, that vin brulé has taken hold, becoming the symbolic product of Christmas markets. In Bolzano as well as in Merano and in many other tourist destinations, the harsh climate is compensated, in fact, with a generous table redolent of aromas of butter, apples and spices, cinnamon above all others. Browsing through the markets, a taste of vin brulé, made by local artisans as tradition dictates, is a must.

We had the oenologist Gerhard Spanin from Caldaro on Strada del Vino tell us the recipe to best prepare this tasty beverage.

Insert the cloves in the orange peel, add all the ingredients and cook at 70° C for about 5/10 minutes. Warning: never exceed the indicated temperature; the wine should never boil!