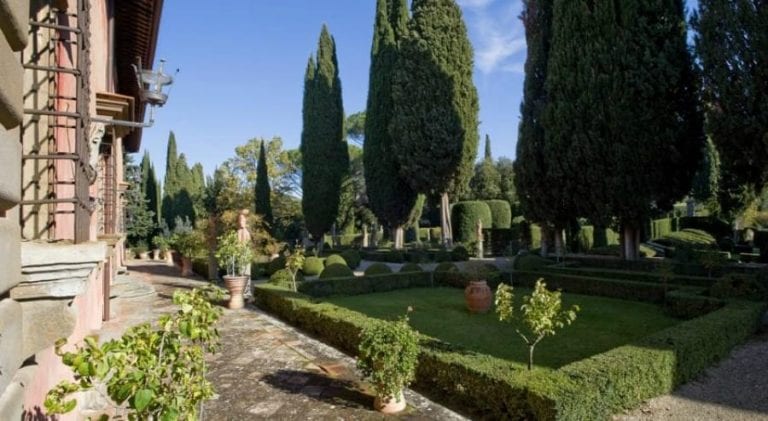 “Buying Vignamaggio was a symbolic return home, a homage to the fascination I feel for this land Wine, culture and history are woven together, and they create a landscape that is in perfect harmony with nature”. The tale of Patrice Taravella, owner of Villa Vignamaggio, a temple of biodiversity in Chianti.

When Kenneth Branagh was looking for a location for the shooting of his movie version of Shakespeare’s Much Ado About Nothing in 1993, he opted for a perfectly preserved historic Tuscan villa. It was not simply a backdrop for the play, but almost became another member of the cast. The house was Villa Vignamaggio, a residence that has dominated the vine-covered hills of Greve in Chianti for six centuries. In 2010, the owners built a new, modern and efficient winemaking facility, but evidence of winemaking in that location goes back through the centuries to 1404. A parchment written by Amideo Gherardini, the owner at the time, shows he was dealing about the price for wine already being produced at Vignamaggio.

Today the villa and the vineyards belong to Patrice Taravella, who bought it in 2014 from a Roman lawyer, Gianni Nunziante. The new owner is a brilliant architect, 100% Italian, with French and Italian passports. He lives in Capetown in South Africa with his French wife, Sonia Lesot, also an architect. Taravella describes his purchase like this: “My parents emigrated to France when they were young, but their tie to Italy was strong and constant over time. That’s one reason that buying Vignamaggio was a symbolic return home, a homage to the fascination I feel for this land. Wine, culture and history are woven together, and they create a landscape that is in perfect harmony with nature.” Nature is at the center of the Vignamaggio project. In 2014, the process of conversion to organic of the entire 200 hectares of the property began. Sixty-two hectares are vineyards; the rest are olive groves and orchards, fields of wheat and of vegetables. Patrice explained, “The motivations that brought us to this choice are many. Above all, it is about protecting the territory and soil that was impoverished due to the use of agrochemicals.”

But the project also aims at recovering biodiversity. “With the end of the sharecropping system and the beginning of the industrial era during the 1960s, the Chianti panorama changed deeply. Small plots of wheat, barley and grains, orchards, small herds of goats and droves of pigs all gradually disappeared, and vineyards took over. Every day, as production and exportation increase, the varieties of grapes diminish. Vignamaggio undertook a study to rescue some varieties of local grapes, such as occhiorosso, selecting genetic types historically present in this territory. Moreover, we reintroduced a small drove of semi-wild pigs, as well as fruit trees and cereals. Many other new things are on their way.” In the meantime, the villa is being restored. It has a restaurant, guest bedrooms, apartments and suites, with some in the farmhouses around the estate. “The idea we hold to,” concluded Taravella, “is to give our clients the possibility of an unforgettable experience, in harmony with nature. It’s not enough to see the place, but rather to live Vignamaggio as a ‘new generation of 17thcentury farm’.”

The estate’s 62 hectares of vineyard are predominantly planted with sangiovese, followed by merlot, cabernet sauvignon, cabernet franc, and lesser amounts of malvasia, trebbiano and pinot nero. The vineyards are located in six different microclimates that develop at altitudes that range from 300 to 400 meters above sea level, prevalently exposed to the southeast and east. The relatively infertile soil is clayey and rich in calcareous stones and sandstone. Annual production is between 250,000 and 300,000 bottles, with around 70% exported to the United States, Canada and northern Europe. This year, we particularly liked Chianti Classico Terre di Prenzano ’14, with its subtle, flavorful tannic texture, defined aromas and appealing freshness. Cabernet Franc ’13 was also at a good level, with spicy notes on the nose, refreshed by pleasantly herbaceous tones and displaying a solid and rhythmic tasting progression. Morino ’15 was immediately pleasurable, a sangiovese and merlot blend coming from the youngest vineyards of the estate. 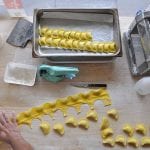