Interest in plant-based nutrition is increasingly growing, but how can we replace some of the products? Here are all the vegan hacks.

Pro or con. Vegan or omnivore. Food choices is a topic that clearly divides the world population, drawing a line between those who favour and those who instead reject the idea of diets containing animal-based foods. Debates that soon turn into heated ideological battles, which often risk obscuring the motivations that push both sides to change––or not change––alimentary habits. Beyond individual decisions, what is certain is that the plant-based diet, devoid of any animal products, continues to have followers almost everywhere, including Italy, and not only for ethical reasons.

The growth of vegan products

In addition to love for animals and an anti speciesist view of the world – the philosophy according to which all living beings have equal rights – which are the basis of veganism, many also approach the vegetable-based regime for environmental reasons (the impact of intensive farming was discussed in the review of Foer’s book, “We can save the world, before dinner”). Whatever the reason, demand and supply of plant alternatives is on the rise (this is proven by the growth of companies such as Impossible Food, Beyond Meat or Novameat, i.e. the vegetable steak invented by an Italian). And according to Whole Foods Market experts, vegan snacks and meat substitutes will be among the major gastronomic trends of 2020. Not to mention the many people suffering from food intolerances––primarily lactose––and allergies, who rely on vegan recipes.

In any case, it’s good to have a list of basic vegan cuisine products, some less known and others present on all tables, but which in the vegan pantry play a leading role. 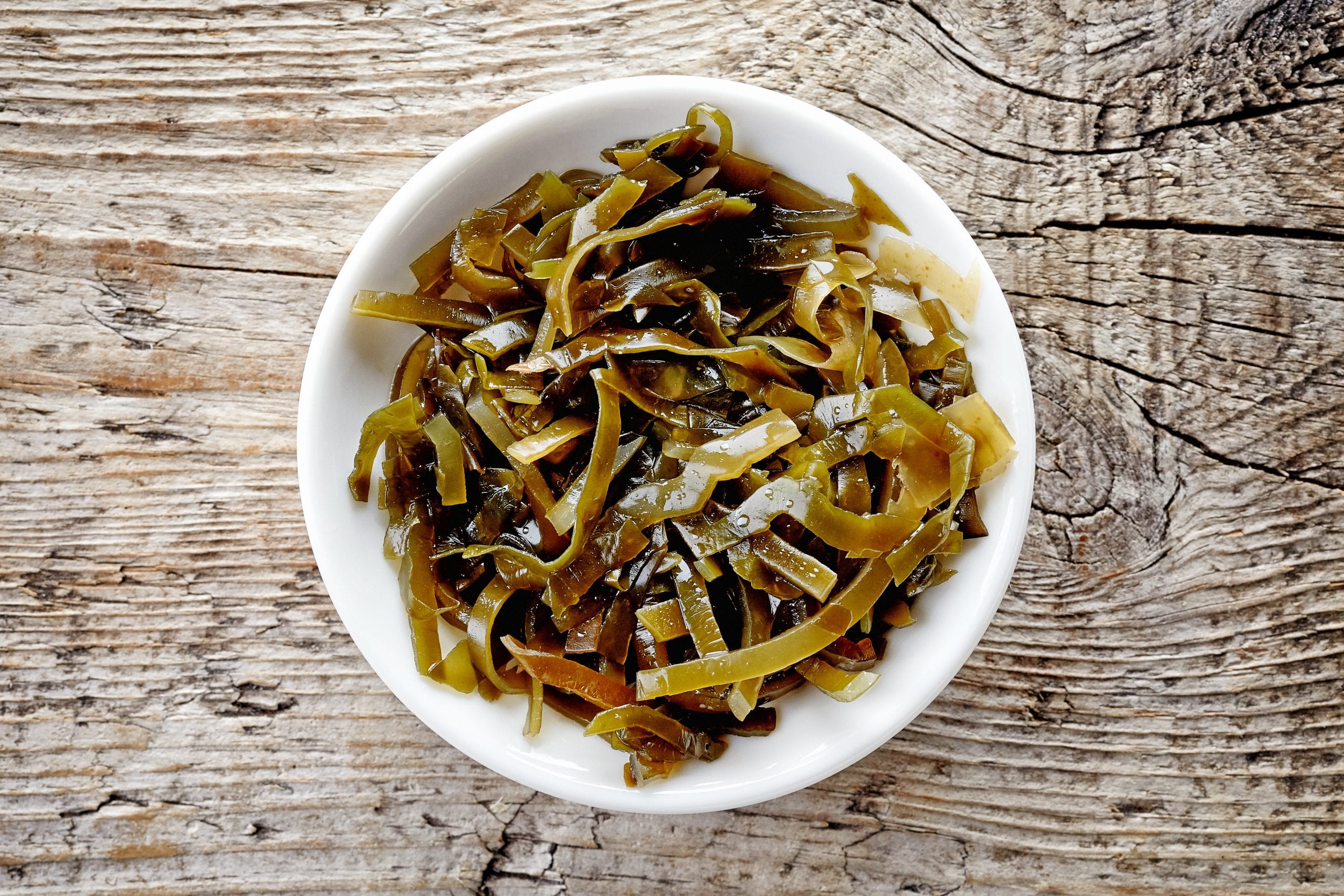 Rich in potassium and phosphorus, kombu seaweed is a Japanese dark brown color seaweed rich in antioxidants. It’s usually used while cooking legumes legumes: adding a piece of it in a pot of beans, chickpeas and the like will be softer and therefore more easily digestible. In addition to lending a typical marine flavour to dishes, it contains a good percentage of vitamin B12, of which the vegan diet is generally lacking (it’s always recommended, in fact, to integrate this element).

In Italy, the only brand that sells them is In-Vece, of brothers Dario and Matteo Beluffi, professional pastry chef and coffee expert, respectively. Both vegans have chosen to create a business that brings together various unique plant alternatives. Among many, algae that can replace eggs (whole in the case of the protein-rich algae, just the yolk in the case of the fatty seaweed). These are valid allies especially for those who love baking. 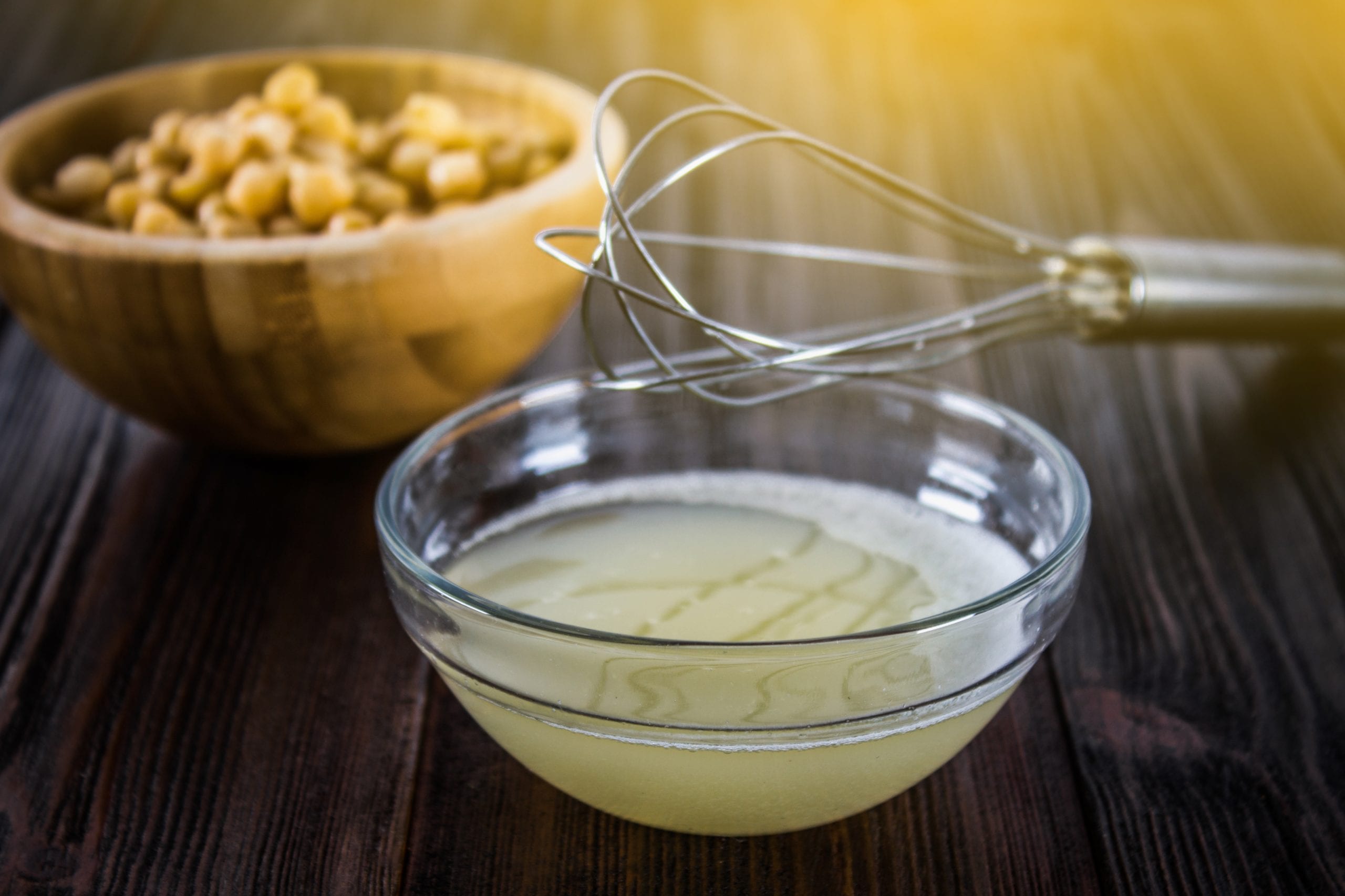 That is, the cooking liquid of legumes (yes, also the liquid contained in pre-cooked legumes, but the latter could be added with salt or other preservatives, so better use simple cooking water). It’s used in place of egg whites and can be whipped in the same way, to obtain mousse, meringue and create soft and airy cakes.

This is the official name for beverages made from soy, rice, oats and the like, which can’t officially be labeled as milk. Everyone has their favourite, depending on taste but also needs: they differ, in fact, in amount of sugar, calories, fats and proteins. To find out more, we refer you to our insights on vegetable based beverages: rice, coconut, soy. 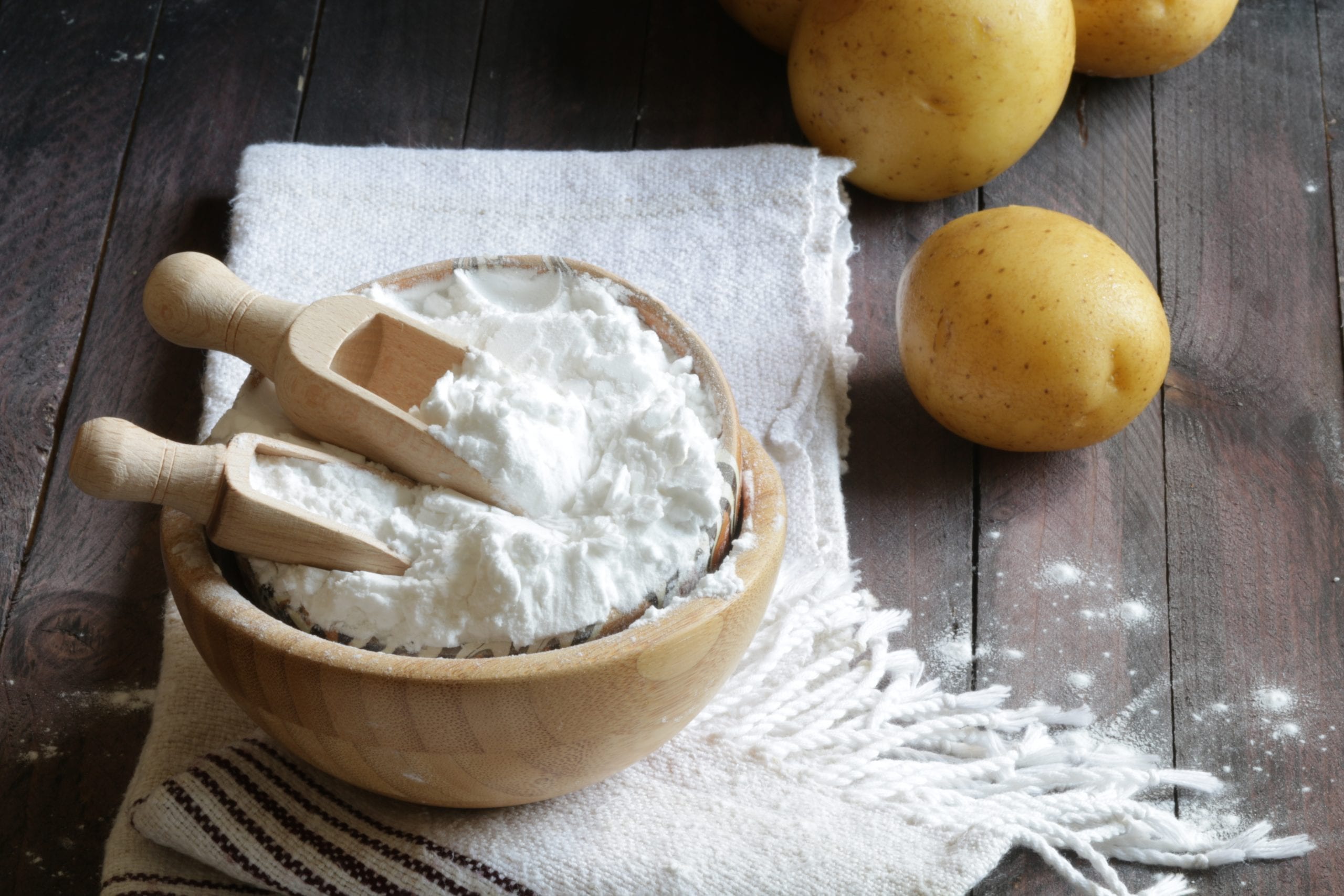 Commonly used in confectionery for the preparation of creams and spreads, potato starch, as well as rice starch, is among the most popular ingredients among vegans who want to try their hand at preparing cakes, pancakes or other desserts. A simple and effective home remedy to compensate for the absence of eggs. 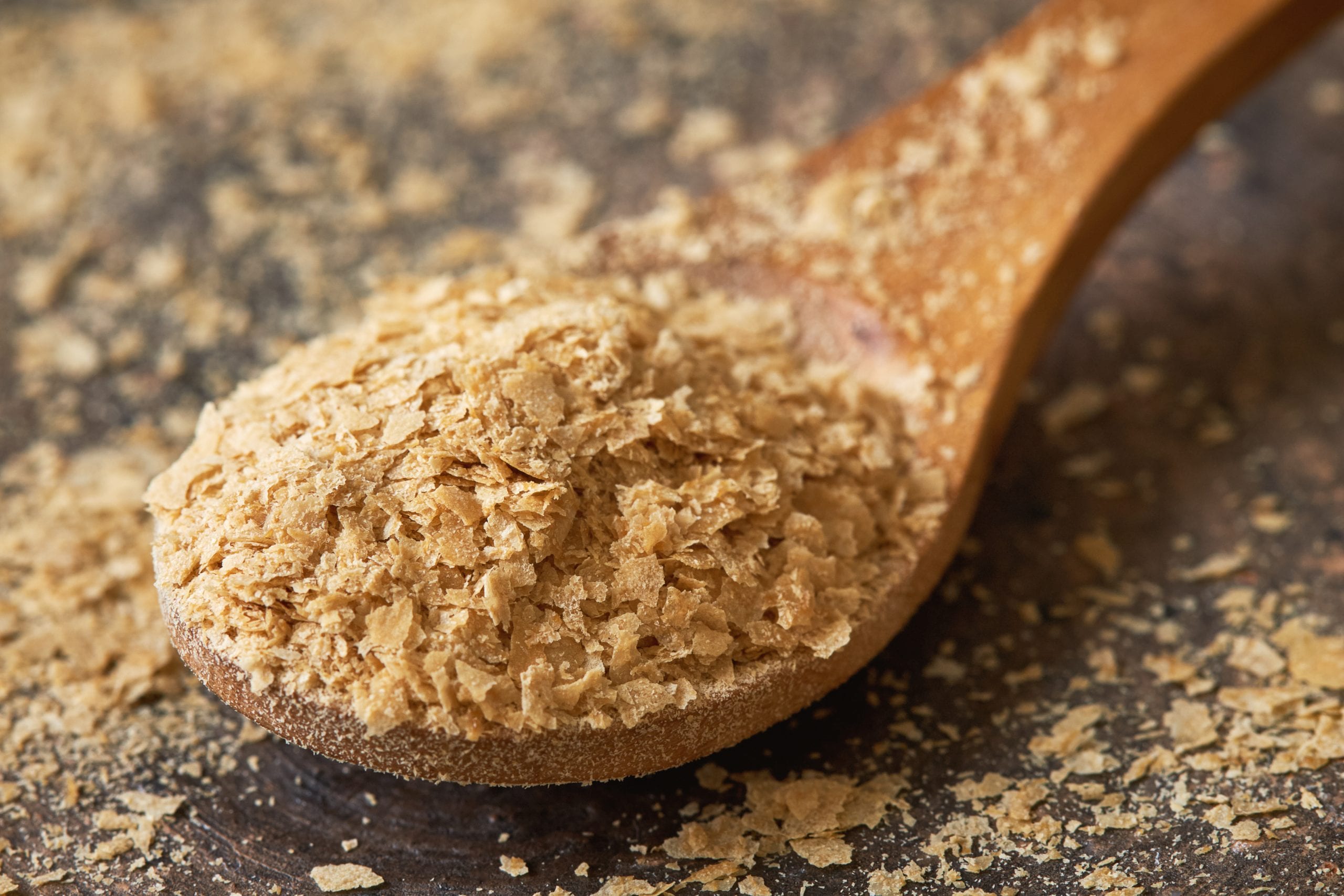 Precious source of vitamins, minerals and essential amino acids, nutritional yeast is obtained by the same Saccharomyces cerevisiae of the common fresh brewer’s yeast, but it’s used in a completely different way. In fact, it cannot be used to make dough rise, but only to enhance the flavour of dishes. Low temperature drying allows the product to retain all its original properties, making it ideal for adding flavour, as well as a good dose of nutrients such as B12 and iron..

Product derived from the processing and fermentation of wheat, known by many as “vegetable meat”. On the market it’s sold ready-made, but it can also be prepared at home from pure wheat gluten (you can buy it at pharmacies or at health food stores). Add chickpea or other legume flour, spices, salt, sourdough, olive oil and water, and the mixture is then kneaded. The mixture is then left to rise for 4-5 hours. Once ready, just give it an oval shape and wrap it in a clean tea towel fastened like a candy, before dipping it in a vegetable broth and cooking it for 50 minutes.

As you can guess from the name, this is a product made with wheat flour, to which legume flour, oil and various other flavours are added. The dose of wheat sulfur amino acids, combined with the lysine of the legumes makes the wheat muscle a nutritious and well balanced food, rich in fiber, low in saturated fats and cholesterol-free. It can be enjoyed in various ways, as steak, stew, charcuterie or roast. Honey is also not part of the vegan diet, it can be replaced with agave syrup, obtained from the sap of blue agave, a typical plant of the Mexican desert. It has a low glycemic index, rich in calcium, magnesium, potassium and iron, slightly more fluid than honey and with high sweetening power (about 25% more than white sugar).

Other dough made from gluten and used as a substitute for meat, for making sauces, stews, meat sauce and other veg-based specialties. Just like mopur, it can be prepared at home from gluten, cooked in boiling broth for about 40 minutes. Once ready, seitan can be sliced and enjoyed in the way you prefer. It’s always advisable to add seaweed in the broth to make the product softer.

Present in all diets, seeds are fundamental in plant-based nutrition due to their high content of omega-3 (which is also found in other vegetable ingredients such as avocado, but in smaller quantities). In particular, flax seeds, chia, pumpkin, sunflower, sesame; nuts such as walnuts, hazelnuts and almonds are also highly recommended. 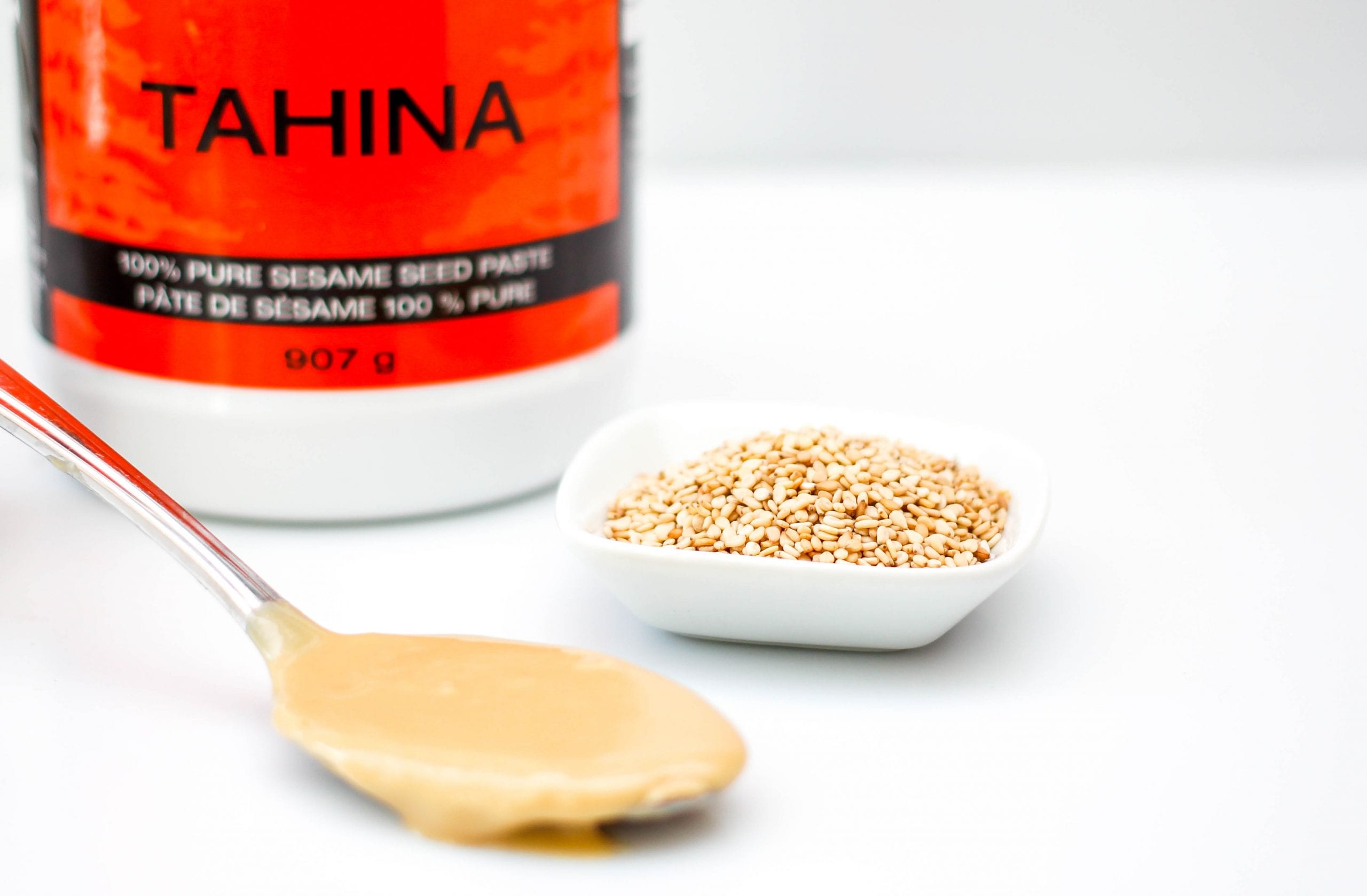 Lovers of hummus––a creamy chickpea compound typical of Middle Eastern cuisine––know this sesame seed sauce well, the basic ingredient of the recipe. As mentioned above, sesame seeds are an essential omega-3 concentrate in the vegan diet, but not only: they also contain magnesium, iron, potassium and phosphorus. Tahini can be purchased ready-made at the supermarket, or made at home by blending lightly toasted seeds.

If tofu is the cheese of vegans, then tempeh is their meat, made from yellow soybeans and rich in fiber and vitamins. It’s obtained by fermented soybeans and is stored in a salt brine.

For many it’s the vegan cheese par excellence: in fact, just like any dairy product, tofu comes from a curdling process, but not milk, rather soybean juice. There are three variants: delicate tofu, which retains more liquid and has the consistency similar to pudding, solid Asian tofu, produced with the use of a fabric that wraps it and absorbs more liquid during the coagulation phase, and western dry tofu, a particular variety with the lowest quantity of liquid. There are many ways to use tofu in the kitchen, whether cooked, lightly grilled or fried, or raw.

Movement closely linked to anti speciesism, which offers an entirely vegetable diet and the exclusion of any product of animal origin. A vegan person does not just change eating habits, but rethinks the entire lifestyle, abandoning all resources from the animal kingdom. No wool, therefore, leather or silk, and high attention also to cosmetic products and house cleaning products. In short, a philosophy that embraces every aspect of one’s life. 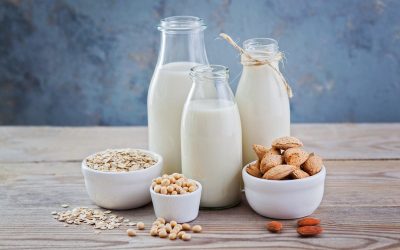 Nutritional values and properties of plant-based milks as dairy-fr...