Transportation giant delves into food delivery: UberEats appears to have set off to a great start since its inception a few months ago. Now the newly inaugurated service aims at hitting Europe and reducing costs for consumers.

From Uber to UberEats

We're all familiar with Uber: the California business that made a fortune by employing a capillary network of private drivers through an app that connects passengers to motorists. In the food tech era, with innovative startups and myriad delivery services, the natural next step for a successful platform like Uber – counting on a wide and articulate user pool – was UberEats, the latest rage in home delivery service. To be a part of the circuit, restaurant owners pay a small commission to Uber, and same goes for the final users. Proceeds are then divided between Uber and the individual drivers. The ride hailing giant now in food delivery initially launched only in New York, Los Angeles, Chicago, Washington D.C., Seattle, Atlanta, Houston, San Francisco and now, only a few months into business, also in Dubai, Amsterdam, Johannesburg, London and a few areas in Tokyo. Next on the list? Hong Kong, Bangkok, Taipei, Jakarta and large European cities, starting with Stockholm.

UberEats in Europe compared to others

The project of expanding globally is an ambitious one. The idea is entering into at least 22 new countries in the near future. “It’s safe to say we’re investing in space”, says Simon Rossi, general manager of UberEats Asia Pacific during a conference held in Tokyo last week. In May in fact Uber executives were leaking news of Uber’s international aspirations as an organic extension of the core business. But UberEats promotional campaigns have intensified lately suggesting a much wider project. Europe is definitely on the agenda, but on somewhat of a battleground, considering the many consolidated existing business models like British Just Eat or German Takeaway.com and Delivery Hero, which are platforms focused on delivering food to locations closest to the restaurant and leaving peripheral areas covered by the restaurant itself. These are obviously smaller enterprises compared to the Uber behemoth, but which have nonetheless acquired short term success. According to the data released by Cb Insights 10 million dollars (8.9 million Euro) were funded by investors in 421 food delivery systems since the beginning of 2014. This is a sector that’s in constant growth and that does not appear to be slowing down. Among the biggest names in food delivery services is the food branch of Amazon.it, home delivery e-commerce site originally created in the US to deliver hot meals, and now in Italy since summer of 2015. “The problem of all other platforms”, comments Neil Campling, chief of global research in tech industry at Northern Trust Capital Markets, “is that they can’t compete with the bigger companies without adopting superior logistics”. Economic, commercial and financial logistics that small enterprises like Takeaway are definitely not taking for granted.

Large companies like Amazon and Uber do not have total control, for them “food delivery represents only one of many activities and not the main source of income”. Home delivery is however one of Uber’s main focus points. Expansion plans aside, Uber’s main goal for the future is shortening waiting times and eliminating extra transit taxes, as well as not putting a limit on maximum orders. This means users will soon be able to order a burger made in Kensington and enjoy it comfortably in Whitechapel for the same amount sold in the actual venue. As far as results we’ll have to wait a little longer, and hear directly from the fortunate users who can already take advantage of this service, waiting for to UberEats plunge its roots in the Bel Paese. 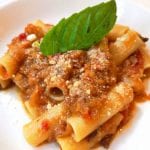