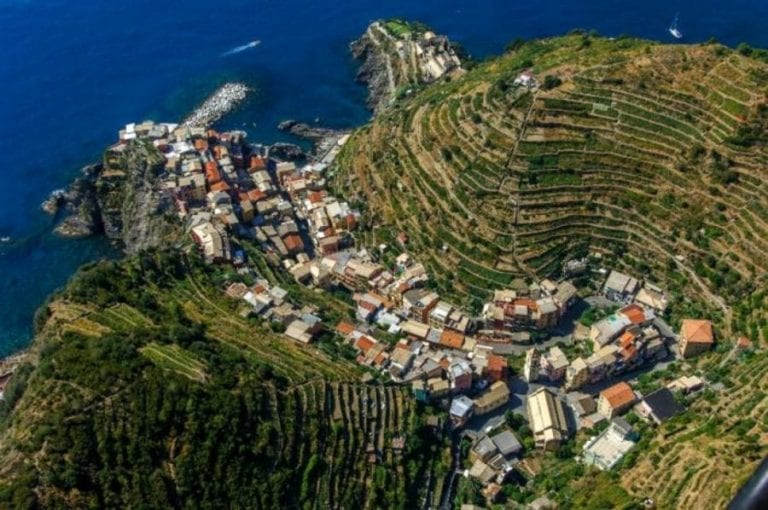 The definition of ‘heroic winemaking’ applies precisely to the small Ligurian artisan producers, for whom every harvest is a miracle of commitment, sweat and good-fortune. Vini d'Italia guide by Gambero Rosso has selected the best wines from this land: here is the list.

The image that our annual tastings gave us is of a Liguria that’s in perfect health and great form. That’s not an easy feat for a region whose vineyards are constituted of strips of mountainous land made cultivatable by sheer human force, and where only a few estates (apart from its cooperatives) can boast more than 10 hectares of land. Over the centuries, Liguria’s vigneron have dug out ridge upon ridge, creating dry walls using the area’s stones so as to delineate and support family-managed vineyards and olive groves. Today all the hard work is paying off and the region’s coastal, terraced vineyards are proving more than just a scenic feature of landscape - they’re giving rise to wines of unique character. In fact, in these Mediterranean wines you can literally taste the land, with its balsamic hints and shrubs, its delicately salty breeze, its sun-baked rocks, its aromatic herbs and citrus, all elements that have extraordinarily intense fragrance and flavor here. The definition of ‘heroic winemaking’ applies precisely to these small artisan producers, for whom every harvest is a miracle of commitment, sweat and good-fortune, especially today with its unpredictable and changing climate. But Liguria’s vine growers have an innate tenacity, and they’re used to facing challenges, against time, against fashion, against a global market that demands production volumes unthinkable for a region like this. This year seven of these artisans took home awards, six veterans and one new entry, thus providing a perfect picture of Liguria’s wine industry. Colli di Luni spawned three extraordinary Vermentinos, Terenzuola’s 2017 Losso di Corsano, Giacomelli’s 2017 Boboli (with the producer debuting in the exclusive Tre Bicchieri club), and Lunae Bosoni’s classic Etichetta Nera. Ponente gave us three excellent Pigatos: BioVio’s 2017 Bon in da Bon, Bruna’s 2016 U Baccan and La Ginestraia’s Via Maestra. In closing we mention the only red awarded, Ka' Manciné’s  highly elegant 2017 Dolceacqua Beragna, an ambassador of a territory and a style of red whose popularity is growing. But overall a number of wines made it to our finals, thus confirming the extraordinary vitality and talent of Liguria’s vigneron.