Travel. Maremma: wild and created by a volcano 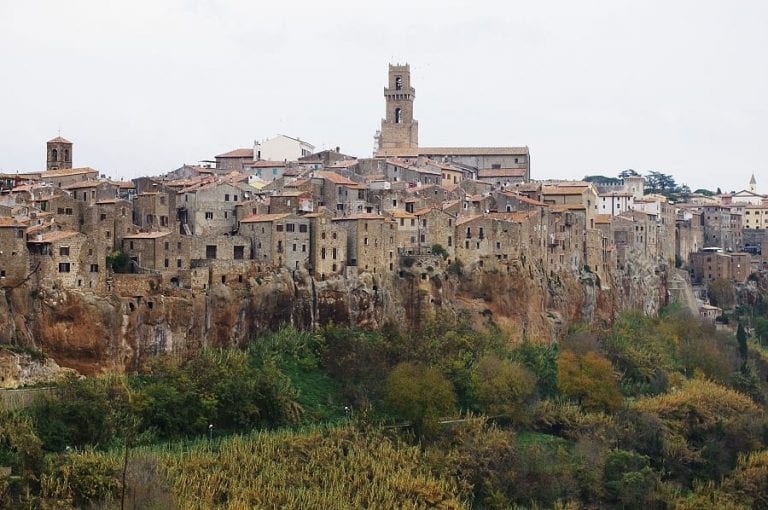 Born from magma, on the border between Tuscany and Lazio, Maremma conserves traces of an Etruscan and Ancient Roman past. From the volcanic strip that gave birth to Lake Bolsena near Viterbo, we climb towards Capalbio and venture deeper headed to Scansano and Saturnia. Along the way, vineyards and wild pastures, sulphur springs dot the journey all the way to Pitigliano and Sovana. An all-Mediterranean Wild West.

The yellow volcanic tufa stone marks the magic doorway to this wild landscape made of wooded forests, sulphur pools and ancient Etruscan cities.

Our exploration of Maremma starts at the Giardino dei Tarocchi garden, in Pescia Fiorentina: the art park designed by Niki de Saint Phalle is populated by 22 giants portraying the major enigmas, which glimmer in the daylight as they peek from behind hills. Facing the sea, the colossal figures appear to point the way of an artistic journey that begins in the Garden of Bomarzo (in the same Viterbo province) and arrives at Parc Güell in Barcelona, the world-known park designed by the imagination of architect Antoni Gaudí. The mastermind behind the artistic park in Tuscany, along with her husband Jean Tinguely (author of the Mécaniques, mechanical iron mobiles) and a collective of other artists, invested 17 years and 10 billion Lire to make her dream come true. The giant statues of the mysteries are covered in fragments of mirror, glass and painted ceramics, and are visible from the via Aurelia. This esoteric garden is a veritable meeting place between man and nature, where a spark of magic lights the way. The Empress, shaped like a sphynx, was for years the home of the artists and in the garden there’s also the dragon, the demon, the hermit and other arcane figures. This magic area is protected by an entrance wall designed by Mario Botta.

Leaving the park and its gigantic presences behind, on a hilltop covered in local Mediterranean shrub vegetation called macchia – inhabited by wild boar, hare and deer – towering against the sky is the Medieval village of Capalbio. The classic passeggiata in its historic centre begins from the main square with a statue by Niki de Saint Phalle (her again!). The walk is dotted with panoramic views: a bird’s eye view of the Torre Aldobrandesca and along the walled perimeter beyond which the hills covered in Mediterranean shrubs plunge into the sea. At Palazzo Collacchioni, in the gorgeous music room, stands a Conrad Graf fortepiano once played by Puccini. For a pleasant aperitivo or dinner stop, there’s Antico Frantoio del Paese, a multi-functional dining space. This is a cultural association that boasts a nice bar area and a gift shop. The management organizes events which are curated, like the small bookstore, by Maria Concetta Monaci.

Heading north we reach Scansano, a hilltop village devoted to winemaking and agriculture, and home to the well-known Morellino wine (Docg since 2006), which is made with 85% sangiovese grapes. The historic centre is dotted with enoteca wine shops where visitors can taste the various labels of this rugged, dry and lightly tannic wine that pairs well with local traditional cuisine. Consider making a stop at the Roccapesta estate, where visitors are welcomed by the enthusiasm and passion of owner Alberto Tanzini. His love of for territory and nature is present in his Calestaia Riserva (this is the name of the oldest East-facing plot). The wine was decorated with Three Glasses for three consecutive years. This is a Morellino which reflects in its evolution the winemaker’s philosophy, based on rationale and elegance.

Only a few miles from Saturnia, on a hillside blanketed in olive trees, is tiny Montemerano, selected as one of Italy’s most beautiful hamlets. The village’s urban configuration has remained nearly unchanged with its spontaneous stone dwellings. Piazza Castello is a small jewel of ancient scenic design, with the noble palazzo topped by typical Siena-style cassero fortified tower. This hamlet is a gourmet must: this is the home of Valeria Piccini and Maurizio Menichetti, the hosts at Da Caino, where food-lovers can savor authentic, elegant and refined Maremma cuisine that sources only quality ingredients (like for example the meats hailing from an organic farm in Monte Amiata).

Only a short drive away is Manciano, in the heart of Maremma. From the Rocca fortress the views span from the Amiata mountains to the gulf of Argentario and its archipelago. The tasty stop here is at Filanda, where patrons are greeted by Gian Paolo’s smile and Barbara’s fine cuisine.

A little further along is Pitigliano, a name that is closely related to wine and the Orsini dynasty particularly their Palazzo, flanked by a 1600s aqueduct. Local Maremma tradition here has blended with the Judaic one: the typical local dessert called Sfratto dei Goyim (eviction of the Jews – derogatory – ordered by Pope Cosimo III) is dedicated to the confined Jews in the town’s “ghetto”. The pastry is a thin layer of flaky dough concealing a rich filling made of honey, dried fruits, cinnamon and orange. Alleys snake around the tufa stone buildings to reveal small shops like Forno del Ghetto in the Jewish quarter. A delicious meal of traditional dishes like lamb buglione can be had  at Hostaria del Ceccottino; while for a more modern take in an informal setting is nearby Corte del Ceccottino.

The village of Sovana extends on a 1 square kilometer tufa stone spur nestled between the Rocca Aldobrandesca and St Peter’s Cathedral, which are joined by the Via di Mezzo thoroughfare. This important Etruscan city, that later became the Lombard Aldobrandeschi family’s headquarters, is the birthplace of Ildebrando di Sovana at the beginning of the XI Century. He was elected Pope and took the name Gregory VII. Take a walk along its brick lanes amid Medieval palazzos and hand-embroidery artisan shops, and prepare to be transported to another era. The history of this place is also told via its locally produced cheeses, cured meats and wines. After visiting the Romanesque Duomo, after discovering the local Etruscan tombs dug in the tufa stone and the rapture experienced walking through the high and narrow walls of the Vie Cave, you deserve a stop at one of the many wine cellars: there’s La Biagiola (with its single-variety sangiovese, Alideo) and there’s Sassotondo, (with its single-variety ciliegiolo, S. Lorenzo). These estates are part of “Volcanic Wines”, an association that pools together one hundred or so estates that have magmatic soil and autochthonous grape varieties in common, like nerello mascalese of the Mt Etna area, and ciliegiolo of the Maremma territory.

Heading towards Lake Bolsena we immediately can spot the Orsini fortress, which marks the summit of Sorano: the town is a great destination to purchase quality food products. Among them are unique local legumes, like the borlotto nano bean, or the cannellino di Sorano bean, which is white and elongated and whose skin is thin and easily digestible, or the more rare and creamy ciavattone di Sorano bean. There are also exceptional pecorino cheeses produced here: the Riservo farm came in 3rd place in the 2015 Pienza competition with its semi-aged cheese, and 3rd in the 2015 Crete Senesi competition for its aged pecorino. The sheep’s milk cheeses made at the Caseificio di Sorano dairy farm also deserve to be tasted. Also in this case, before returning to metropolitan daily grind, do consider the local Terme, spa facilities for a little R&R.

The way Maremma is shaped, with its vast natural expanses and sweet inclines, makes it the ideal context for outdoor activities like hiking and biking, which are becoming increasingly popular. Non-congested paths (there are over 30 routes) unravel across the area for hundreds of kilometers, cutting through the biodiversity of this volcanic territory: vineyards, olive groves, Mediterranean shrub vegetation, ancient roads dug in tufa stone and hot springs that pour naturally out of the ground. As far as bike hotels there’s cozy resort Antico Casale di Scansano, appreciated by bike-lovers for its private 6km bike path, bicycle rental facility, repair shop, specific sport menus, the bike academy, custom-tailored services and a bike lounge.

The natural spring thermal spas in the vicinity of the village of Saturnia, accessible via the ancient via Clodia, are easily spotted by the columns of steam that tower above the hot pools of sulphurous water (37,5°C) amid the countryside. For a restorative and replenishing thermal spa vacation dedicated to full relaxation, the ideal destination is Terme di Saturnia Spa & Golf Resort, a wellness resort equipped with all comforts and amenities. In the resort is a gourmet restaurant, All’Acquacotta, and a more traditional cuisine eatery, Acqualuce, both helmed by Alessandro Bocci, who cooks organic produce grown on the property. Outside of the facility, for a full-on nature dip, there’s the “pozze”, natural pools of the Gorello stream, which flows from the thermal springs to the Mulino waterfalls. On the border with the neighboring province of Viterbo, Terme di Sorano provide another opportunity to enjoy the benefits of nature. Those seeking a full immersion in the organic, sustainable and eco-friendly philosophy can sojourn, eat healthy or shop at the Agritursimo Sant’Egle.

The Tufa Towns from Sovana to San Quirico

The tombs (dating back from VI to II b.C.), are also dug out of tufa stone, and are of different types: frontal colonnade-style like the suspended Tomba Ildebranda which is designed like a Greek temple on top of the burial chamber; or as an “edicola” – a votive aedicule, like the niche of the Winged Demons, discovered in 2005 (portraying the goddess of death Vanth and Charon, the Greek mythology ferryman) or the tomb of the Syren, all dating back to the III-II Century b.C. Other tombs are cube or semi-cube shaped.

The Via Cava di Poggio Prisca (near the Ildebranda tomb) is a short enchanted path carved by the Etruscans through 20 meter high rock walls. Equally spectacular are the Vie Cave di San Sebastiano on the opposite side of the road. These are oddly disturbing, surreal and huge. The Via Cava di San Rocco was until 1936 the only road connecting Sorano and Sovana. In the same evocative manner are the Via Cava di San Giuseppe and Via Cava di Fratenuti, located in Pitigliano.

Near S. Quirico, reachable thanks to a route in a unique natural setting, visitors can reach the Medieval rock settlement of Vitozza, abandoned in the XV Century. The settlement’s cultural heritage is made up of more than 200 grottoes which in the Middle Ages were used as dwellings, warehouses, animal shelters and shops. 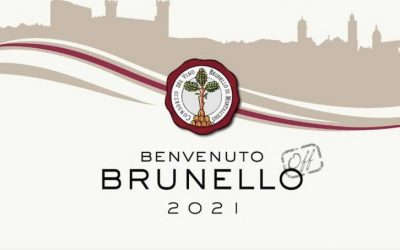 Benvenuto Brunello 2021. The preview of the restart, once again in... 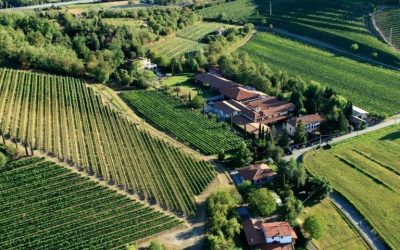 Antinori acquires the majority of the Jermann winery 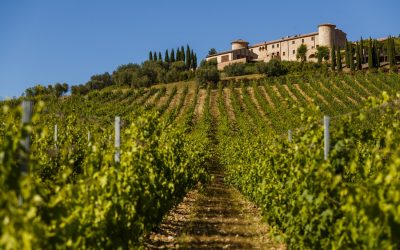