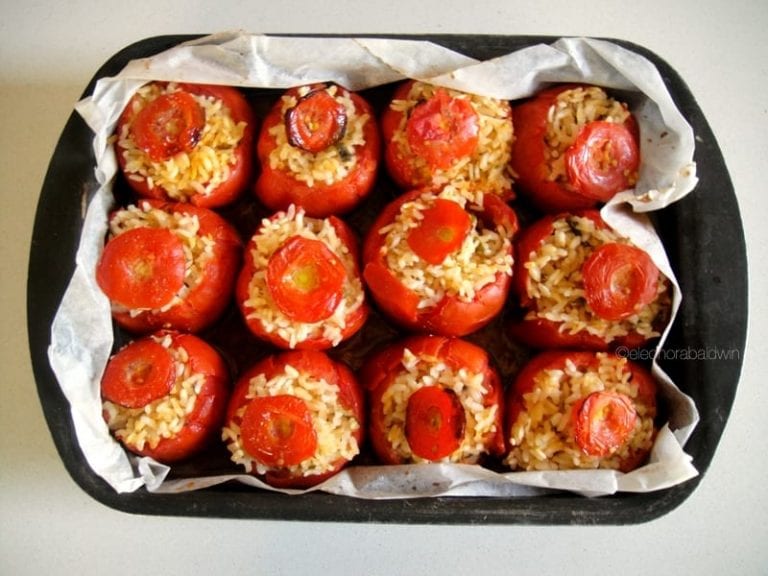 Typical Ferragosto fare features fresh, raw vegetables and fruit to ward off the heat. Cold beverages, fruit salads, cold pasta are almost always on the menu. But tradition dictates the menu more than temperature. Here are a few examples. Please share if we missed any!

Ferragosto is Italy’s mid-summer holiday during which everyone takes off and enjoys some respite from the Hades-like climate. Whether seaside, mountainous or pastoral, the one unchanging variable is gathering at the dinner table, enjoying a typical summer menu.

Originally, August 15th marked the end of hard harvesting labour in the fields. Festivities honouring the gods, the cycle of fertility and ripening included mammoth meals and banter. The name Ferragosto comes from the Latin Ferie Augusti, the rest day created by Emperor Augustus in the year 18 BC that granted labourers repose and the ruler increased popularity. In time, the Roman Catholic Church adopted August 15th to celebrate the Assumption of the Virgin Mary. Whether pagan or not, revolving around Ferragosto in Italy is a strong tradition of games and feasting. Think Palio in Siena, or the Ruzzola (a festival during which folks race wheels of cheese around town) and the myriad other food sagre that mark the middle of summer across the Bel Paese. Ferragosto normally sees friends and families gathered around a table, ritually eating a series of foods. Here are a few key examples.

Rice-stuffed tomatoes are a refreshing summer dish, that’s habitually made on Ferragosto. Summer harvest beefsteak tomatoes are scooped out and their pulp is mixed with Arborio rice, oregano, minced garlic and coarsely torn basil leaves. The seasoned rice is then spooned back into the tomato shells and baked in the oven along with potato wedges. This dish is best eaten cold.

The star of typical Ferragosto lunch however is – mostly in Tuscany – roast squab, which is an unfledged pigeon. The tradition dates back to the European Frankish Era (VII – X Century) and grilling game birds is still a custom in many parts of Italy to this day. In Piacenza, for example, a classic Ferragosto menu item is bomba di riso col piccione, an oven-baked cylinder of rice filled with braised pigeon meat.

In Rome the traditional Ferragosto dish is slow-cooked chicken with sweet peppers. This home-style preparation is made with simple ingredients and with very little fat resulting however in a hearty, complete meal. Browned chicken pieces are added to simmered peppers (assorted red, yellow, green) and cooked over a slow flame until tender. As with many Roman recipes, this dish is best eaten warmed the next day. 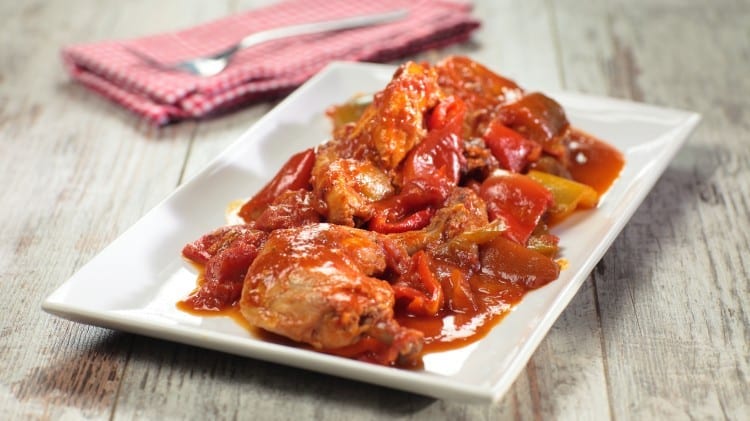 In the continued bird trend, in Puglia the Ferragosto dish of choice is galluccio, a 6-pound grass fed cockerel (preferably the variety with black feet) that's usually stuffed and baked in the oven with new potatoes. Preparation of this dish was a solemn moment of daily life, especially for less affluent families, which could only afford to eat meat on special holidays. Stuffings change according to area, in Foggia cooks typically fill the birds with a small cheese omelette, bread crumb, sultanas and pine nuts; others pan fry the innards, grind and add them to the stuffing.

Sweet cookies are another strong Ferragosto tradition. In the resort town of Stresa, located on Lake Maggiore, the cookies served on August 15th are Margheritine di Stresa. These were traditionally offered to the guests of Queen Margherita of Savoy during royal Ferragosto receptions.

Roadside stands selling whole watermelons or chilled slices of the fruit are a summer feature throughout Italy. The hand-painted signs on country roadside stalls invite buyers to come test the product before buying it. This pre-purchase appraisal is a complex number that includes bargaining and the cutting of a small wedge, called tassello, for quality evaluation. After the gargantuan Ferragosto celebratory meal, dunking one’s face in large slices of chilled watermelon actuates the pertinent Roman slogan magni, bevi e te lavi ‘a faccia, which roughly translates to ‘[with watermelon] you eat, drink and wash your face all in one go’.

In Sicily Ferragosto is when locals traditionally prepare gelu di muluna, a chilled watermelon pudding made with the juice of the fruit, sugar and cornstarch. The recipe varies from household to household, with the liberal addition of different ingredients such as cloves, cinnamon, jasmine flowers, lemon zest, ground pistachio nuts or chopped dark chocolate nibs that imitate the seeds of the fruit.