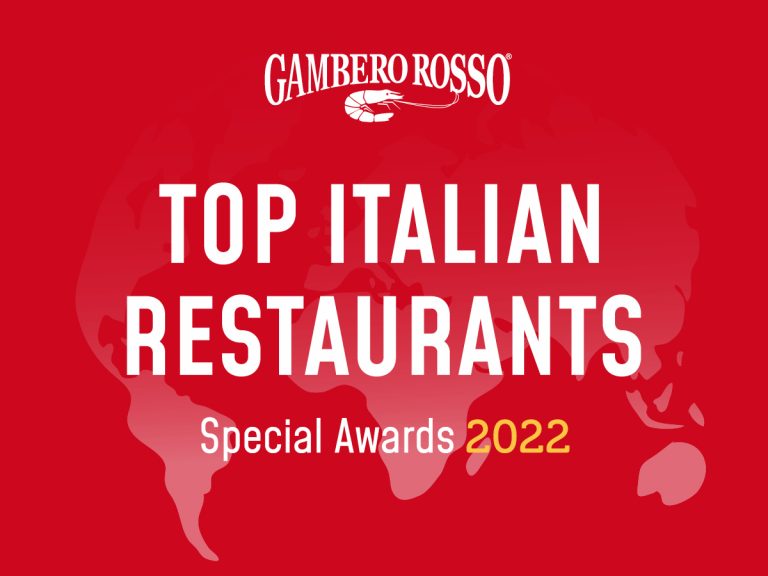 The Restaurant of the Year overlooks the North Sea, the Chef of the Year is Carmine Amarante in Tokyo. The Guardian of Tradition Award goes to the ‘londoner’ Francesco Mazzei.

Cacio e pepe for crepes, tiramisu for tarte tatin. On the international level, Italian cucina is living a golden moment. For appeal, variety, new openings, wides distribution. In large hotel groups, Italian restaurant dining is no longer one of the many, but rather the flagship place. At the same time the new openings dedicated to our flavours have tripled, while the buzz revolving around pizza is simply extraordinary, from the surprising global trend of Roman-style pinsa, to the new gourmet versions, while the success of Neapolitan pizza keeps on at full speed. The world wants Italy, products with local flavour, native grape varieties, new and surprising intensity: customers who cross the threshold of a restaurant want to cross our borders, marrying our style of enjoying the table. The work of mapping Italian flavour in the world continues at full speed, the Top Italian Restaurants guide celebrates its fifth edition, enhancing the experiences of authentic Italian taste abroad. Starting from restaurants, awarded with Forchette, bistros and trattorias with Gamberi, wine bars and wine tables with Bottiglie, pizzerias with Spicchi; the rating is the classic Gambero Rosso one, from one to a max of three. Approximately 800 places are selected in the guide which, despite the difficulties associated with moves and closures, showcases a vital and vibrant picture, made such by a new generation of chefs who have swept away that veil of melancholy and nostalgia, relaunching creativity and the desire to innovate. In particular, at the end of the year there were a long series of excellent openings, from Gucci Osteria by Massimo Bottura in Tokyo, to La Devozione restaurant (and academy) of the Pastificio Di Martino in New York, the new I Quattro Passi restaurant at the Barbados island by Antonio Mellino, or the very recently inauguration of the new Niko Romito restaurant within the Bulgari in Paris.

At the end of the year, we count 20 Tre Forchette, 17 Tre Gamberi, 16 Tre Spicchi, and 20 Tre Bottiglie. And now for the seven special prizes that contain the work of the digital publication in English edited by journalist Lorenzo Ruggeri. 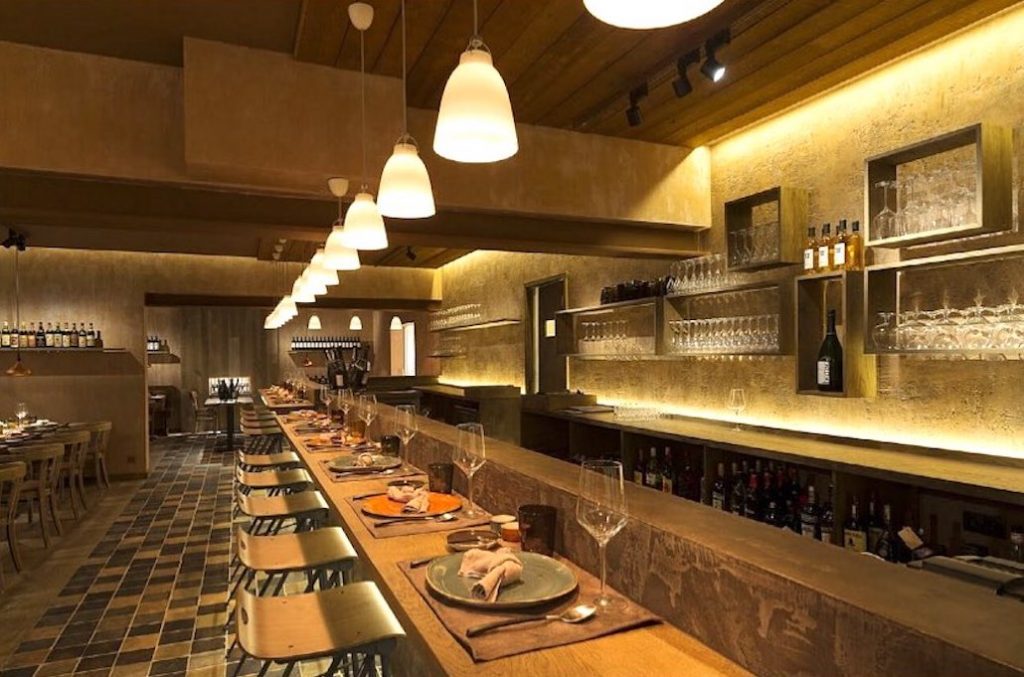 To book a table at the Restaurant of the Year one has to go to Belgium, precisely in West Flanders, in Knokke, a small seaside town on the North Sea. The award goes to Gellius, the result of the collaboration between gallery owner Gianni Piretti and chef Alessandro Breda, owner of Gellius in Oderzo in Veneto. This is one of the rare cases in which the satellite restaurant faithfully follows the spirit of the flagship branch, thanks to the work of chef Davide Asta. 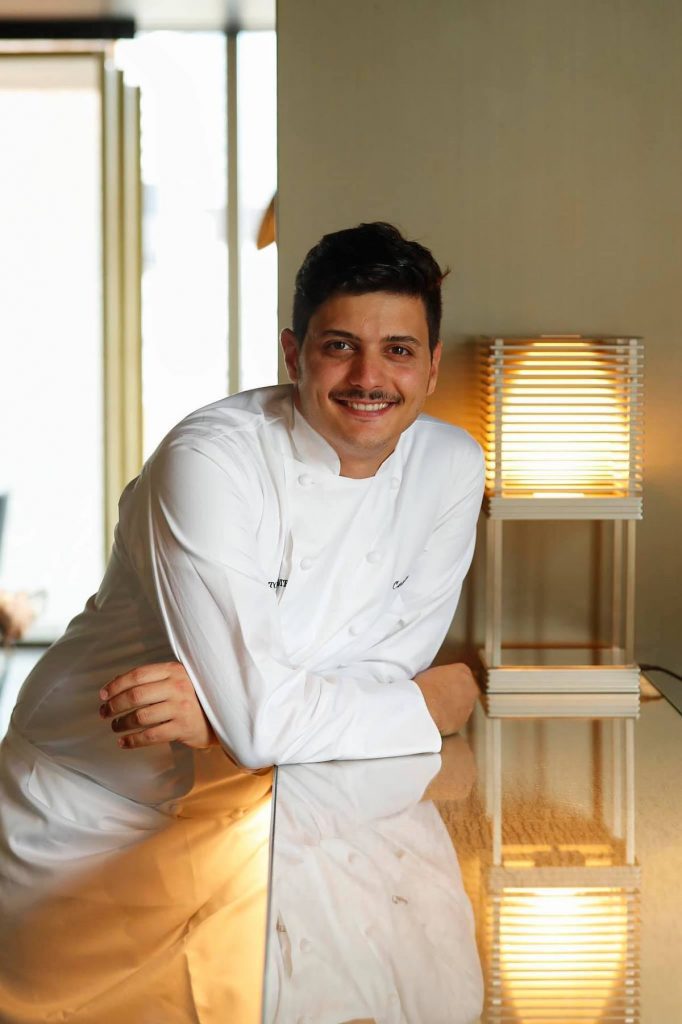 The Chef of the Year takes us to Tokyo, bestowed to Carmine Amarante of Armani restaurant, who has conveyed all his wealth of flavours and recipes, renewing the identity of a place that is usually standardized on classic tones. 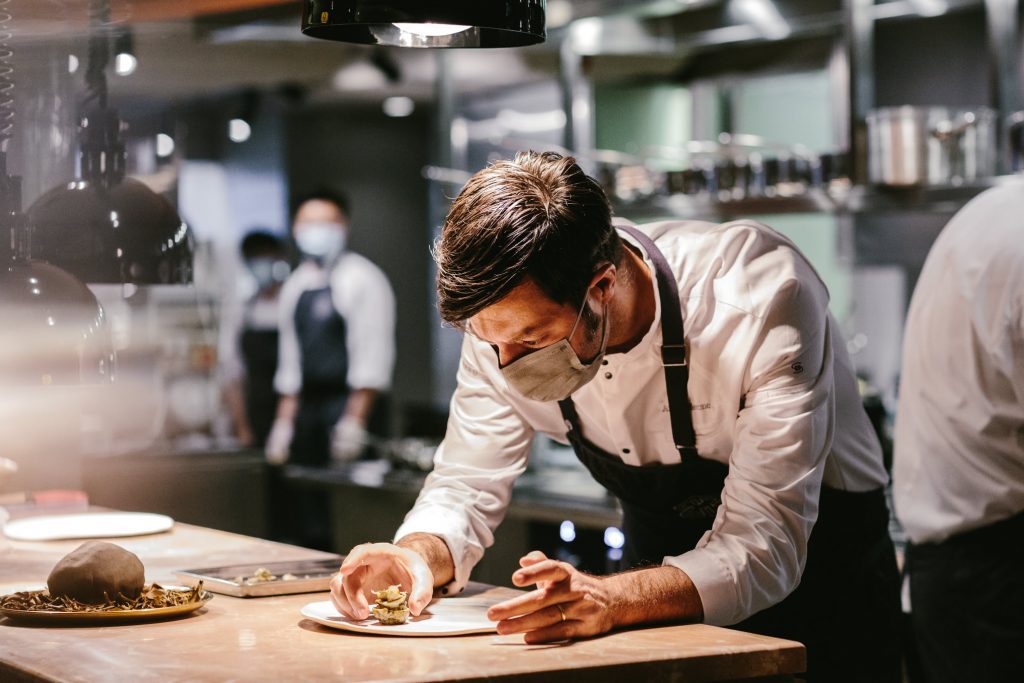 The Opening of the Year is the result of the sensitivity of another chef from Campania, Antimo Maria Merone, who after his experience with Umberto Bombana opened his own place, Estro in Central Hong Kong, a Neapolitan parlour of refined taste and originality. 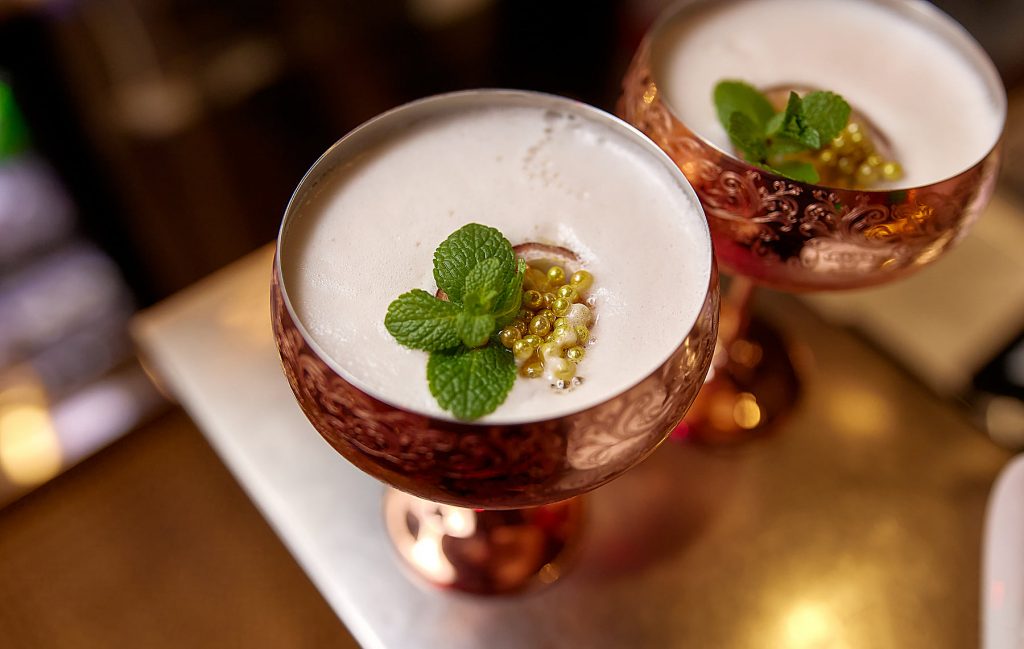 The Emerging Restaurant is Fenix ​​in Kiev, chef Stefano Antoniolli: in a short time he has created an authorial and creative cucina in a context that is anything but simple due to the scarce availability of products and customer requests. 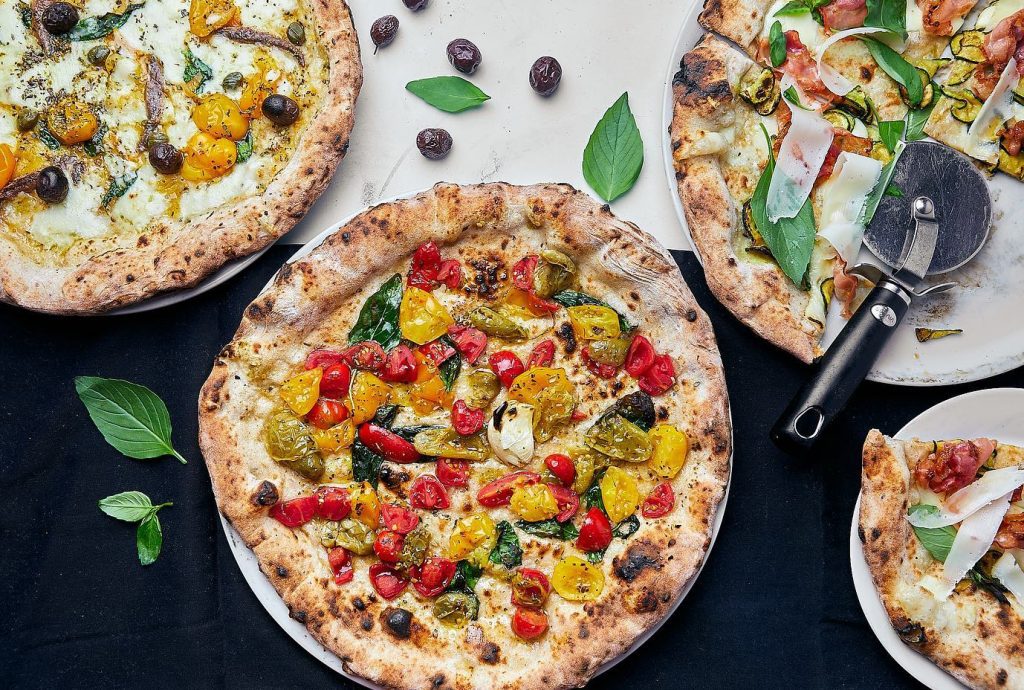 Berlin is home to the Pizzeria of the Year, Futura, already awarded two years ago, the talented pizza master Alessandro Leonardi’s place, opened together with singer-songwriter Alex Uhlmann. The Neapolitan-style dough here is simlpy pefect, soft and airy, and the work over the new pizza al metro is truly laudable. 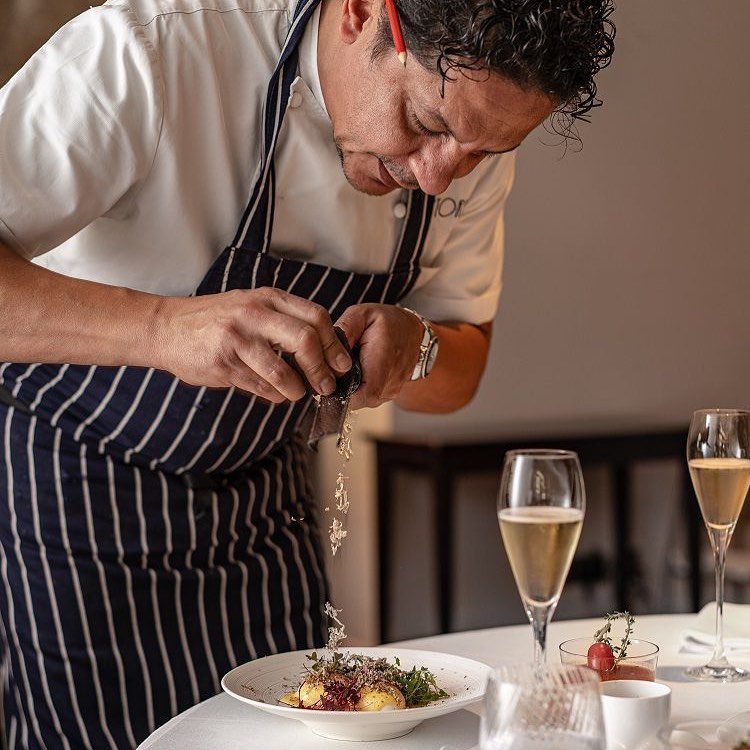 The Guardian of Tradition Award brings to light the consistency of chef Francesco Mazzei, virtuoso cook and entrepreneur in London where he leads three restaurants (Sartoria, Radici, Fiume) in full respect of Italian traditions and ingredients, while maintaining integrity and character even in a city that has suffered between closures and Brexit. 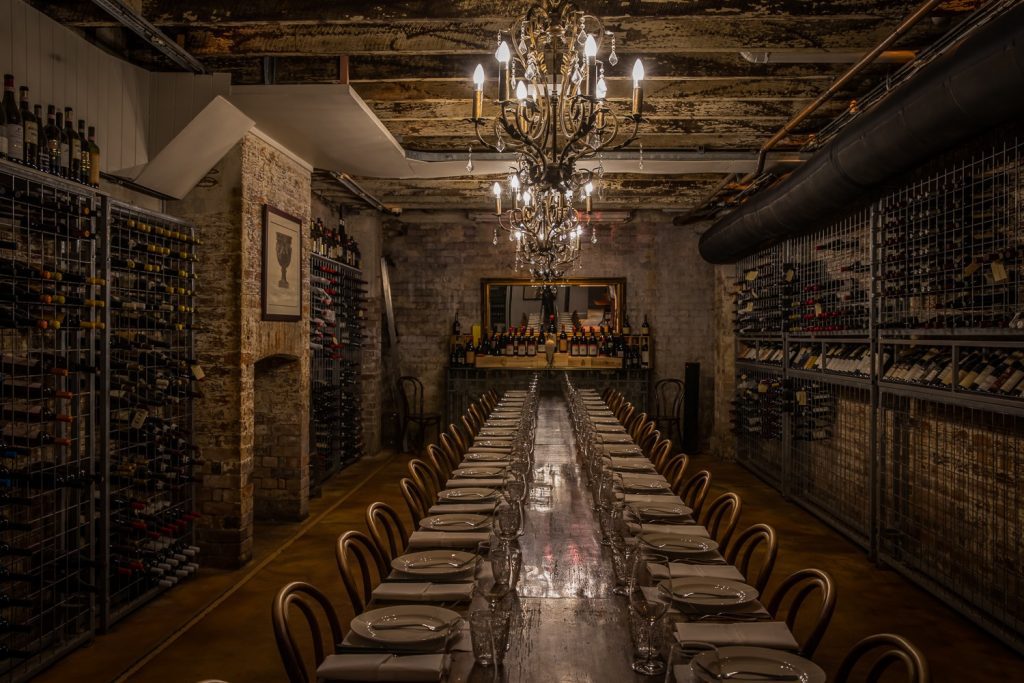 Finally, the Wine List of the Year takes us far, to Australia, in Brisbane: 1889 Enoteca. This is a true place of wine, embellished with a list created with love and passion, that includes Italian artisan wines, a brilliant by the glass offer and accurate explanations of the territories. Paired to a rigorous cuisine with a Roman accent, for a true experience even 16,000 kilometers from home.

Restaurant of the Year - Gellius, Knokke

Pizzeria of the Year – Futura, Berlin