The new Hotel San Pietro in Positano: one of Italy’s most gorgeous hotel kitchens A year ago the illuminated owners of the 5-star hotel that clings to the cliffs of the Amalfi Coast – the founding Cinque family, presented the new kitchen of their Zass restaurant. April 7 the hotel opened for the 2017 season . This is where chef Alois Vanlangenaeker and his team work.

Clinging to the sheer rocks overlooking the Positano bay along the world famous Amalfi Coast, the Hotel Il San Pietro is a perfect example of Italian hospitality in one of the country’s most touristic settings. But the unique character has not been lost, to the contrary. Its impeccable and detailed hospitality, paired with the decades-long charm and familiar welcome have secured the hotel’s success with fascinated travellers seeking lodging with a true sense of identity. The merit for this, besides the privileged position half way between the Mediterranean coastline and the lush vegetation of the Monti Lattari Mountains, all goes to the Cinque family. For the past three generations the family has owned and managed the place, starting with Carlino, then Salvatore and Virginia, and now with Carlo and Vito, who graciously have stepped in, well aware that staying up to date with the times was of paramount importance, while not short-changing the exclusivity of the context (the hotel is part of the Relais & Chateaux circuit since 1989). 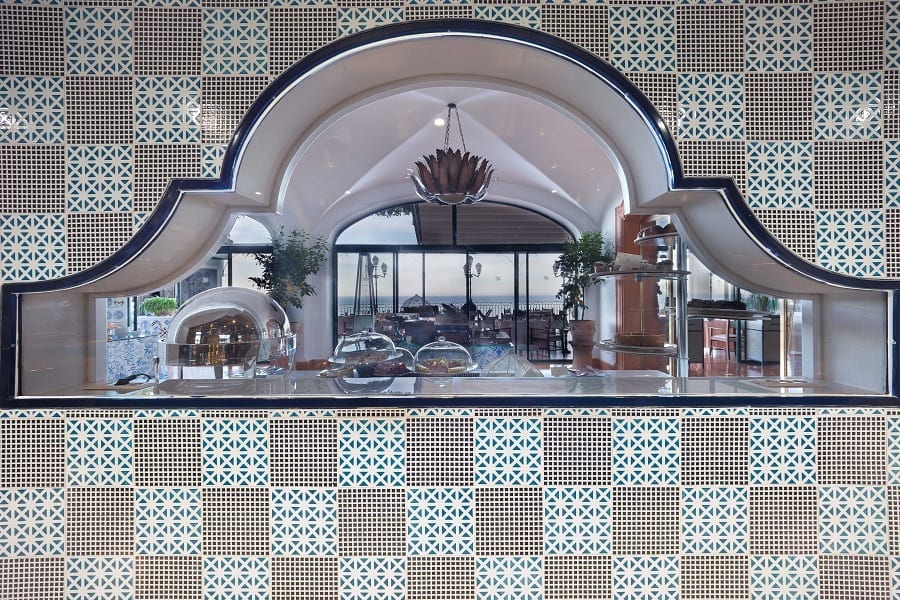 Constant renewal, that's the secret of the Cinque family

For this reason, starting in 2010 the owners – with the help of architect Fausta Gaetani – have embarked in a total restyling overhaul of the 56 suites, all of which with terraces and prized decor pieces.  The design is inspired by traditional Amalfi Coast artisan style. Year after year, the remodelling constantly move towards an investments that’s centred towards an integration with the surrounding natural setting. On April 7 to launch the 2017 season opening, the hotel will be presented with new and improved interiors, the hotel’s feather in the hat: a luxury suite that accommodates six guests, and gardens that are beginning to bloom with newly grafted plants and greenery varieties. 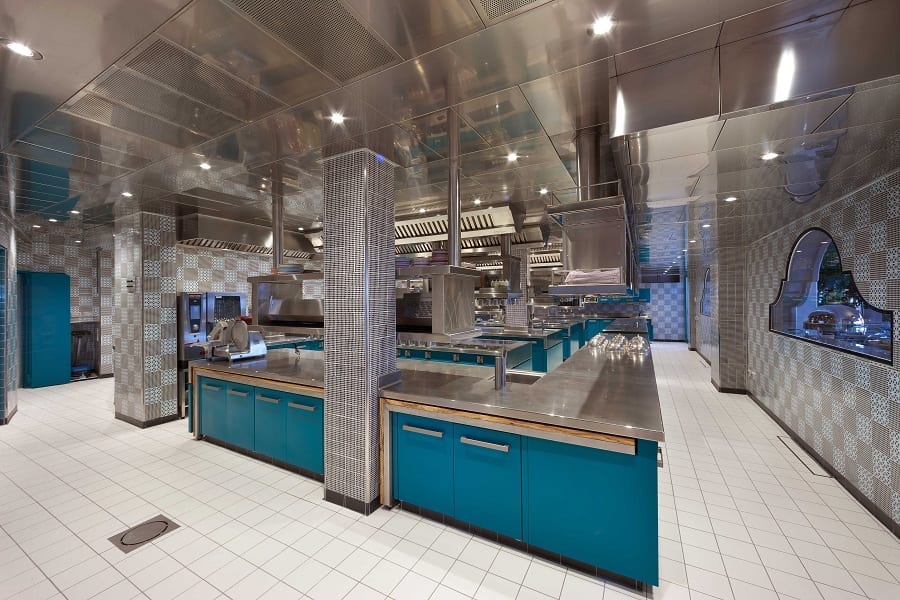 The hotel Il San Pietro, currently employing 120 people and Positano’s most ambitious enterprise, is also a fine dining destination. The sea-view dining rooms and the cuisine have earned Zass two “Forchette” and one Michelin star. Carlino is the beach restaurant that opened in 2008 offers a simpler, less formal menu. To access it, guests take a 45-second elevator ride down from the lobby, or with a workout that takes them though the property via stepped gardens and vegetable patches. 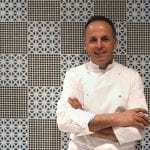 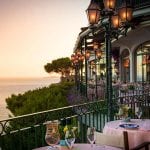 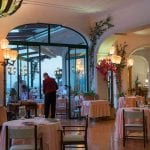 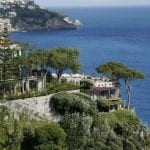 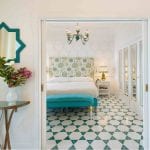 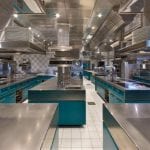 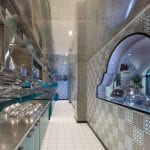 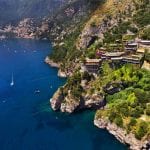 The avant-garde kitchen at Zass

The Cinque family is surely not stingy when it comes to special effects. The kitchen, manned by chef Alois Vanlangenaeker is undoubtedly an example of how forward-projected technology and functionality can contribute to the success of the menu. In 2016 the 400-sq./m open space kitchen housing ovens, work surfaces and innovative instruments has been completely redesigned by kitchen designer Andrea Viacava, with an eye to environmental compatibility. This means induction stoves, extractor ceilings, ozone sanitation system and many other solutions for a space divided on two levels, plus a basement dug out from the rock for waste management. This last feature reduces weight and volume of organic and reusable materials by 85%, thus facilitating the work of the kitchen brigade that works in 4 distinct and dedicated “island” work spaces. 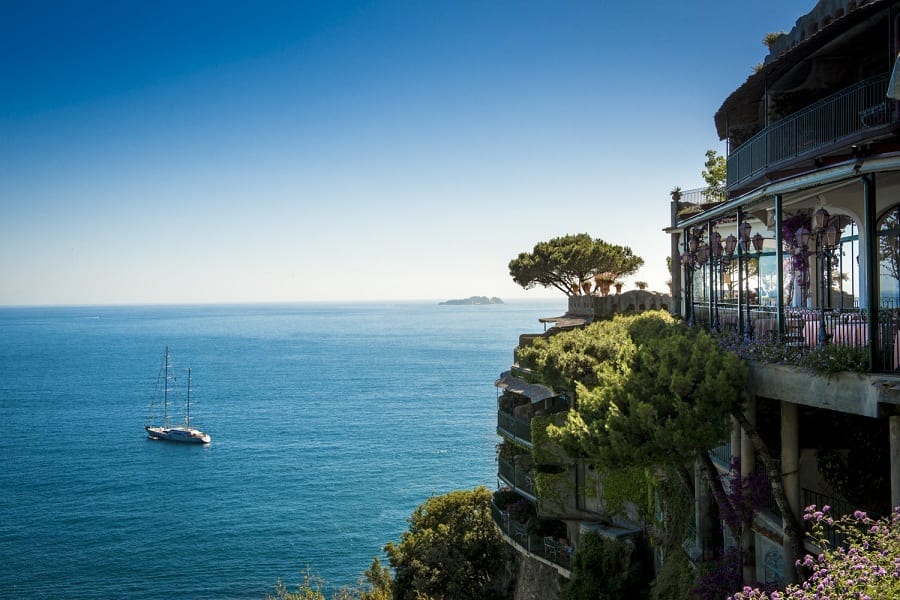 The result is unique in and of its kind in the realm of luxury hotels, is directly reflected on the tables at Zass, which has been open since 2013, and which benefits from the hotel’s own produce grown in the property’s orchards, and – mostly – from the Belgian-turned local chef that’s been on the Amalfi Coast now since 1992 and present at Il San Pietro for the past 10 years. 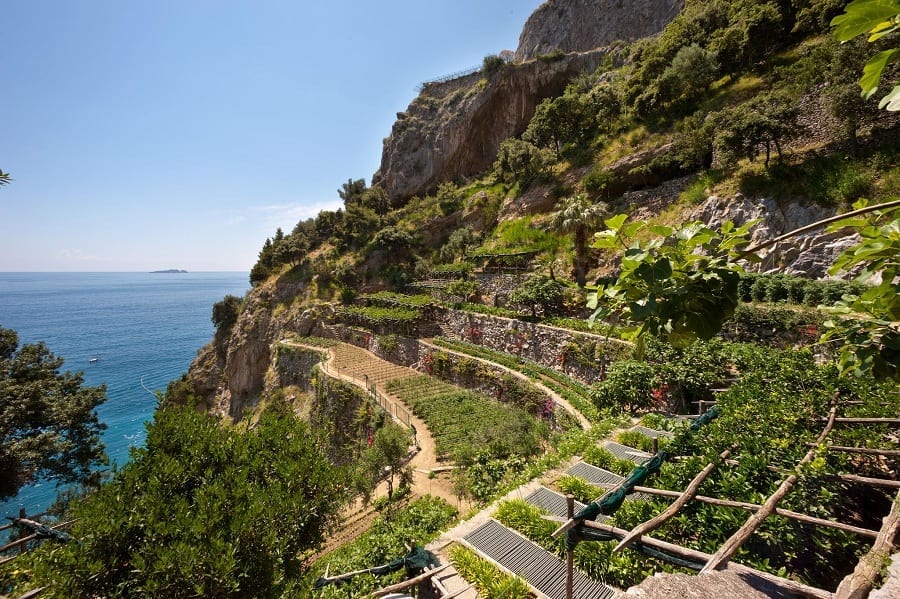 Dishes that bring focus to Mediterranean flavours include Scampi tartare with borage flowers and wild berries or the Carpaccio with smoked bottarga mayo scented with bergamot citrus. This and more can be enjoyed by six fortunate guests at the chef’s table positioned within the kitchen, one of Italy’s most gorgeous kitchens, in one of the world’s most evocative hotels.