The Italian debut of UberEATS: Milan food delivery by Uber 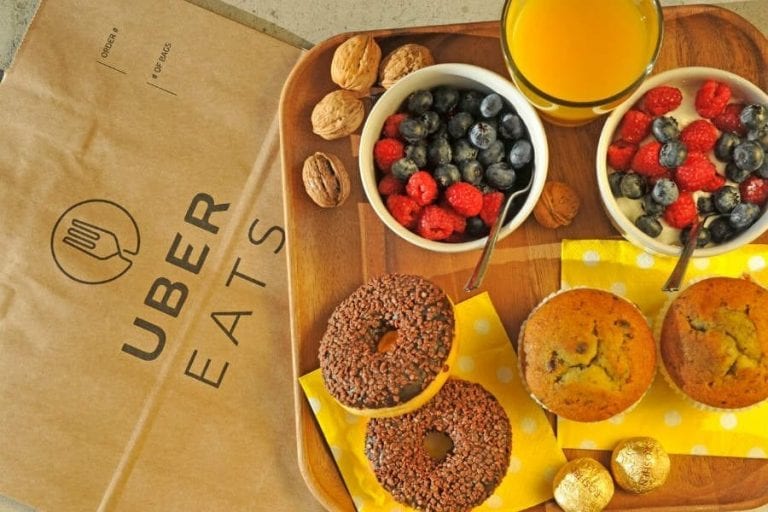 UberEATS hits Milan. After the news leaks circulated in the last few months, and the Twitter updates on the issue, Uber’s food delivery service lands in Milan, Italy with a massive restaurant affiliate list, free deliveries and no limit on minimum purchase. Here’s how it works.

UberEATS – after Europe now in Italy

We had disclosed news of this a few months ago: the 2009 San Francisco founded business, after activating its food delivery services in Amsterdam, London, Paris and Brussels was looking to launch in Italy. And so it is: from October 26th Milan residents can order a meal at home or at work with only a few clicks on the UberEATS mobile app. Despite the issues with the UberPOP service, Italy is an interesting market for Uber, especially as far as food is concerned. For this reason the ex-startup launches with an important investment: 100 affiliated restaurants, free delivery charges and no minimum purchase necessary. After the initial launch period, this will eventually become a paid service.

Simple and quick: Uber is the intermediary between the restaurant offering delivery service and the courier, who are not bound by any restrictive timetable, minimum number of deliveries nor identifying uniform, and who can decide when and where to go online and for how long to work the shift. The interaction is between restaurant and courier: Uber, with its platform, holds a percentage of the restaurant’s revenue. No cars in Milan though, here deliveries are done with scooters or bicycles. With the UberEATS app, clients can browse menus and choose what they want. Clients already registered with Uber will find the EATS service already integrated in their smartphone app. However both apps are independent, yet it will be possible to connect the two profiles using the same billing info. 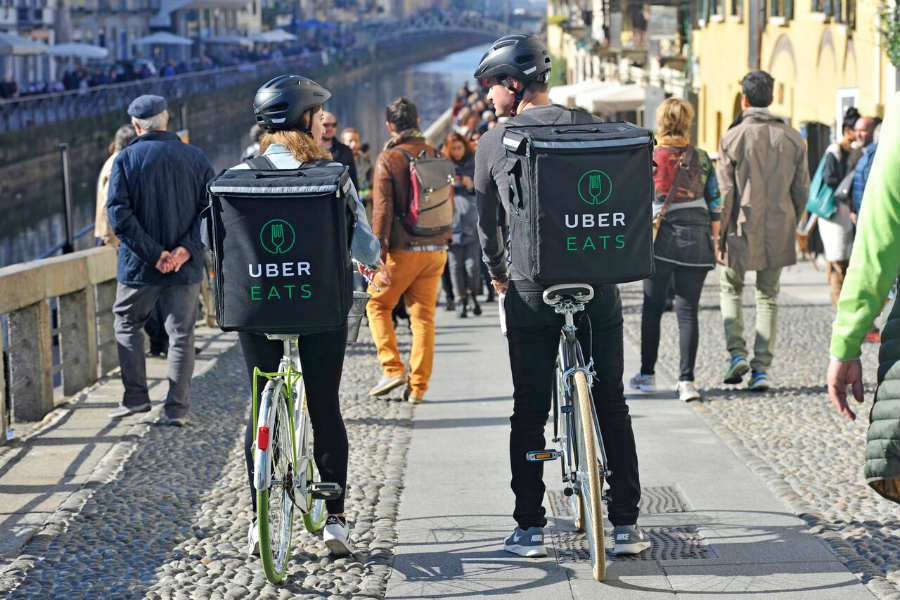 The food offer currently on UberEats is quite varied: affiliate restaurants are 100, all medium-high range with a variety of vegetarian adn vegan options. Once users have enjoyed their meal, they can rate the food and service with a thumbs up or down, or adding comments. Among the restaurants and commercial food businesses that have joined Uber are Briscola, Fatto bene, Il Prisco, Ravioleria Sarpi, Mariù, Raw Vegan, La Martesana, Le Vrai. After Milan, latest rumours via LinkedIn have Rome as the newest Italian UberEATS market.

Uber wants to shed light: we are not Foodora. After the controversy that arose in past weeks regarding the Foodora food delivery, with couriers accusing the company of exploitation, Uber wants to clarify. “Our business model is essentially different”, explains Carlo Tursi, general manager of Uber Italy. “We are not a transportation operator, the delivery man is an individual who works independently for the restaurant. The delivery man decides his own schedule, there are no shifts, no assigned areas, and there are no uniforms. It’s a way for couriers to make some cash. We are not a kind of business that can assure a single source of income or an alternative to regular office jobs. The correct definition of this as opposed to sharing economy would be gig economy”. The website for courier registration is already counting a high number of requests, mostly among people between ages 18 and 26.

God save the food