The French love mozzarella, Americans love Pecorino, the Chinese adore ricotta: a map of Italian cheese loved around the world 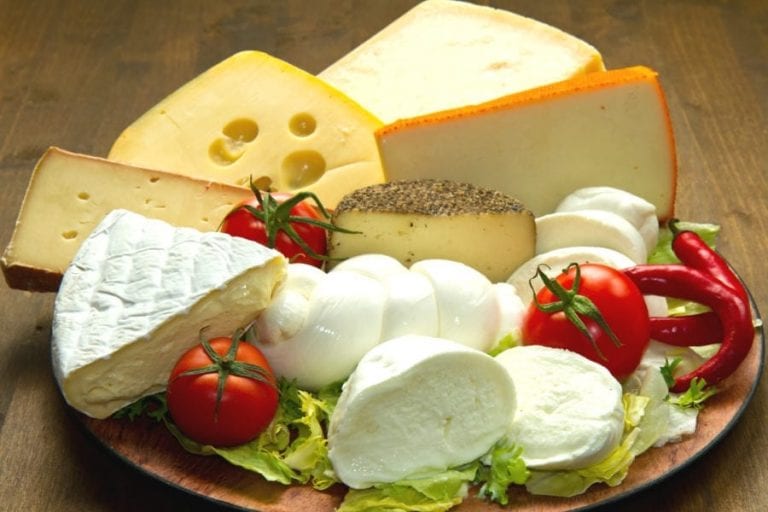 An unusual map of Italian cheeses of which products are most loved outside of the country, and where they are mostly imported to. The study conducted by Assolatte is an indicator of how foreign consumers relate to the best in Italian cheese products.

Everyone’s crazy about Italian cheese. Despite the French competition, Italian dairy products have a worldwide cult following. This emerges from a study conducted by Assolatte, that analyses how these products are successful in cheese-producing strongholds like France and Switzerland. In addition to this truth, Italian cuisine has won the hearts of the Asian market, where consumers are showing increasing interest for Italian dairy products.

In addition to the study, Assolatte has mapped out which cheese varieties are the most widespread and best loved around the world. Let’s take a look.

Europe: From mozzarella to Gorgonzola, by way of Parmigiano and Grana

The surprise is that the top-rating market for Italian cheeses in Europe is actually France.  Every year the French eat an average of 1,2 kg of Italian cheese per person. The French are the biggest consumers of Italian mozzarella: in 2016 the French purchased circa 30million kilos of it. Same goes for Gorgonzola, in the homeland of Roquefort, boasts equally surprising figures: in 2016 Gorgonzola sales in France grew by 12% reaching 4,200 tonnes.

On the other hand, Italy’s Swiss cousins are the Europeans who mostly purchase Italian cheese worldwide, considering population per surface ratio. In the Alpine valleys of Switzerland, people go crazy for Parmigiano Reggiano and Grana Padano, as well as for mozzarella. In any case Switzerland is and remains the second foreign market for Asiago cheese, with local distribution absorbing 20% of total export. Great Britain also nurtures an insane love for Italian cheese: the most purchased cheese in the UK is mozzarella (62% of consumers), followed by Parmigiano Reggiano (48%). The figures pertaining to provolone are equally stunning, with a whopping 18% growth in a single year.

Spain has similar taste, and it’s not hard to understand why they love cheese as much as we Italians do: Grana Padano wins hands down. The increase in 2014 was a surprising +29% and +10% in 2015. Last year the climb continued, reaching a total sale of 83,000 wheels.

Lastly, Germany. As a lover of hard, aged cheeses like Grana padano and Parmigiano Reggiano, sales peak at 750,000 wheels sold annually. Germans are equally showing interest in Gorgonzola, with an increase in imports of 43% in a single year.

Cheese preferences in the Americas: Pecorino Romano, Taleggio and provolone

The U.S., Canada and Brazil are the top consumers of Italian cheese in the American continent. In Canada export has topped 4,500 annual tonnes sold, with protagonists being Gorgonzola, Grana Padano and Parmigiano Reggiano. But the U.S. is the true paradise for Italy’s cheese production export. All the major cheese types land here, especially Pecorino Romano, which is dearly loved by the average local consumer. This product alone represents approximately 1/3 of all cheeses imported into the U.S. On American tables there’s also great use of Grana Padano, Parmigiano Reggiano, Gorgonzola and provolone, which is another very sought after delicacy. Italian mascarpone and Taleggio are well-loved too, especially on the West coast.

Brazilian consumers should not be overlooked: to Italian mozzarella they prefer mascarpone, but they’re equally discovering the allure of Gorgonzola and provolone, whose numbers are growing annually.

Ricotta and mozzarella in Asia and Oceania

Australians love mascarpone, in 2016 export recorded a phenomenal 370 tonnes. Distances don’t help and in Australian restaurants the most used cheeses in the kitchen are ones with the longest shelf life, yet other products like Asiago, Gorgonzola and Provolone are drawing more and more interest.

In China consumers prefer fresh cheeses, with mozzarella, mascarpone and ricotta at the top of the preference list. Between 2015 and 2016, the People’s Republic of China recorded the highest growth in imports: Italian products have grown by 45% in 2016.

Lastly, in Japan – the most “Italian” of the Asian countries – almost 40% of Italian cheeses headed for the East land on Japanese tables. Mozzarella and mascarpone are the most appreciated and are increasingly popular: in 2016 sales volume grew approximately by 6%.