The David Bouley revolution in New York: his historic restaurant moves and focuses on customer health 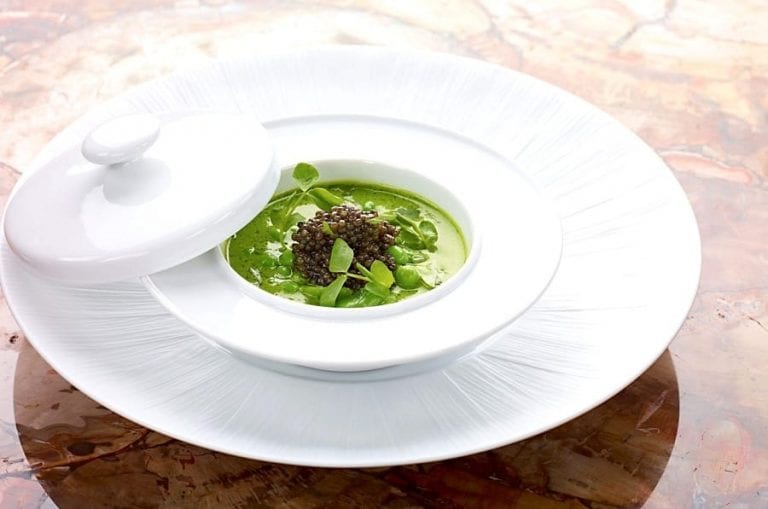 Riding the wave of success in the NYC dining scene for the past 30 years, Bouley promises a revolution beginning with a move from the historic TriBeCa location. But first a sabbatical to learn how nutrition and health go hand in hand with fine dining.

David Bouley. A lifetime in the kitchen

The name betrays his French origins. Ones he has been honouring for more than 30 years in the kitchen. Yet David Bouley is 100% American from Connecticut, only a 3-hour drive from the city that gave him his worldwide success. He worked lengthily in France at the beginning of his career, before settling down in New York. In the Big Apple, Bouley was at the helm of many trendsetting restaurants in the Eighties, before winning critical acclaim with the cuisine of Montrachet. In 1987 he opened his solo kitchen in TriBeCa, simply naming it Bouley. The rest – among press acclaim,  awards (stars included) and public success, the chef has worn the entrepreneur suit and guiding a small dining empire whose governing philosophy is change. Bouley hence soon becomes Bouley Bakery, then in 2008, Bouley Restaurant, changing the locations of various venues in Manhattan. In the meantime, came the Danube-style cafe – currently transformed in a Japanese fusion overlooking the Hudson; and the Brushstroke Restaurant and the most peculiar Bouley Botanical, an evocative TriBeCa event space that houses the kitchen’s own produce garden. The Bouley world today is currently at Duane and Hudson Streets, across the street from where it all began. A place that sums the concept of Bakery, Market and Restaurant. At age 60 David Bouley still feels the need to reinvent himself.

Bouley closes and moves after a sabbatical

This is why the restaurant’s website has announced closure to the public from October: this is the only way the chef can take a sabbatical year during which he’ll discover world cuisines (the project is reminiscent of Gaston Acurio's, who has in the meantime returned to the kitchens of the eponymous Peruvian restaurant in Lima). Bouley’s intentions are taking a deep approach towards the correlation between food and health, moving between Japan, the United States and Europe in order to interact on the topic with other world chefs. So what will happen to the TriBeCa restaurant? The chef himself hushes alarmist voices via the pages of the New York Times: “Bouley will not close, it’s simply moving”. Both physically and conceptually, we may add. This means changing the style which has characterised the image of the restaurants for the past 30 years: no more composed and old school ambiance. The large space seating 120 at the corner of Duane and Hudson will be sold. The new restaurant will accommodate 20 guests, serving a modulated menu according to each diner’s needs. The goal will be bringing the best flavor/health ratio while still maintaining the high cuisine standards that have made Bouley’s approach world famous.

Before any of this happens, Bouley will attend course in nutrition at New York University, traveling between Switzerland, Cuba, Peru and Cambridge. Only then will the restaurant open at the second floor of a small building on Harrison Street in TriBeCa. Why all this? “A change is necessary. The health of our country is at risk and food can be a cure. cambiamento è necessario. It has to however be capable of rendering the right amount of calories, not stored fat”. David Bouley has always paid huge attention to this aspect, among his most famous pupils is Dan Barber who is now at the helm of the food revolution at the core of Blue Hill at Stone Barns, where the farm guarantees the kitchen near self sufficiency. Even the most classical French cuisine can be redesigned with an eye to health, like the recent studies of Alain Ducassein the heart of Paris. In Manhattan, Bouley continues along his path, and while awaiting the revolution he plans to gather all the eateries in his group in one single building in TriBeCa at the beginning of 2017.