The Botanical Club in Milan. Spleen et Ideal gin and a second space on Tortona 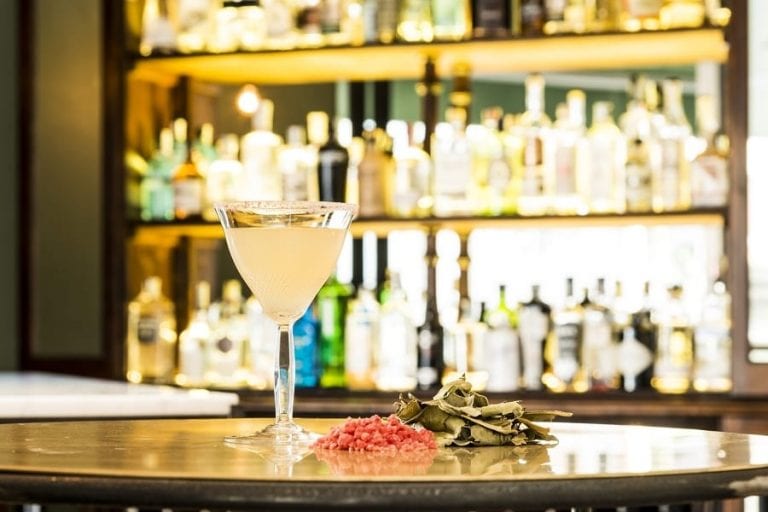 Alessandro Longhin and Davide Martelli started their Milan adventure under a year ago: a micro-distillery, cocktail bar and bistro that blends quality cocktails and fine dining. Let’s take a look at the newly opened second space on via Tortona.

The Isola alembic. The origins

Milan: June 16, last year. Via Pastrengo, in the heart of the Isola neighborhood – the enclave of Milan’s first working class periphery and recently revamped by the Gae Aulenti architecture movement – saluted the opening of an unusual place. The Botanical Club, read the sign. The place wore several hats and gave off an international vibe. The original meeting place made a difference not merely with the contents of its cocktail glasses but thanks to a bigger picture, “The lights that design the spaces, the barman’s expert moves behind the counter, the ingredients in the dishes, the alembic for distillation, memories and experiences of a lifetime” describes the flagship location in the words of Alessandro Longhin, co-founder with Davide Martelli of the multi-functional space on via Pastrengo number 11. Not everyone in town had a clear idea of what the “botanical” adjective meant: “The challenge at the time was exactly penetrating an unprepared urban tissue and involving people in an innovative project that embodied a micro-distillery and a fine dining bistro. Alongside original drinking discoveries, we wanted an intriguing food experience”. Both aspects were given a chance to grow together, completing one another.

Botanical, then, refers to the bouquet of herbs and aromas selected for distillation, botanicals chosen for the various batches, and alchemist-style dosage of these for gin, which are each time employed in an ever changing recipe. The blend is then bottled, in limited edition, with the Baudelaire-inspired label Spleen et Ideal and sold for retail in half-litre bottles. Now, a little under a year since the opening, the Botanical Club is perhaps the one micro-distillery in Italy to have been granted state license to sell an Italian distilled gin – and not just cold compound gin – to the public. The difference lies in the production method: “In the case of cold compound distilling, which is more widespread in smaller distilleries, gin is obtained by cold infusion of botanicals in grain alcohol in order to obtain a different blend each time”. Distilled gin, on the other hand, is obtained through alcoholic distillation with an alembic (in this case, this happens directly in the via Pastrengo location), with the possibility of creating later aromatization and color variations by using unadulterated ingredients, resulting in a high quality gin. In order to do this, the boys at the Botanical Club commissioned a 150-litre capacity alembic to the Frilli factory in Siena owned by Aurelio Barbieri, which has been building alembics for the past century. Big Charlie they called the implement, in honor again of Charles Baudelaire. Clearly botanicals play a key role: “We like to think we still have to find the perfect recipe” reveals Alessandro “We like to experiment, using Serbian juniper to the one grown in Cataloña, from cardamom to bergamot by way of tonka beans. In the future we may even define a product that’s suitable for the distribution market, who knows”. For now, availability is very limited, 40-50 bottles a month are saved for loyal clients, and only made to order. On the other hand, seated at the bar, at the fingertips of resident barman Katerina Logvinova, the alternatives are boundless, with a hundred or so foreign labels and a list of both classic and signature cocktails that reflects the personality of those who every day put work into the Botanical Club. 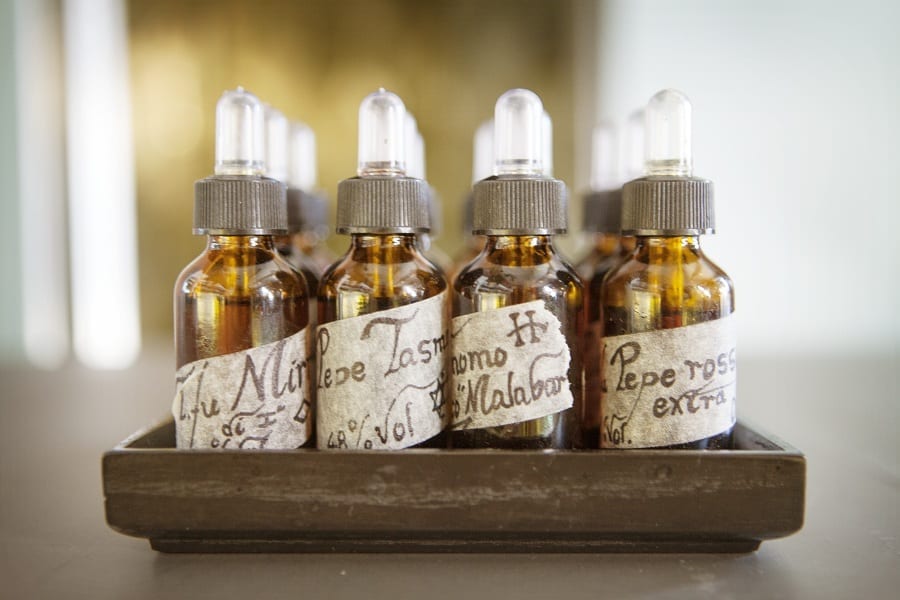 Now that the team is well-oiled after a year of working together, the original idea of running mixology and fine dining on the same wavelength has proved the co-founders right: “Initially we were simply very curious, later the quality aspect tickled savvy palates. Today we cater to a much wider and more open public, people that have begun frequenting the revitalized Isola neighborhood. We never imagine ourselves anywhere far from this area”. The target audience is happy to invest in a medium-high range price point in order to enjoy a multi-faceted quality experience, so much so that “on Mondays already the place is packed, then on weekends work intensifies with the cocktail bar”. The two menus are “Piccoli piatti” small plates – designed for cocktail pairing or as pre-dinner aperitivo – and the à la carte menu, which is served in the bistro room, and which spans from egg-dough ravioli filled with dandelion greens and ricotta, scampi and marsala sauce; or duck breast with nori seaweed mayo, manioca and burnt orange marmalade; to persimmon, goat’s milk gelato and curried rice. In the kitchen is a team composed of 10 elements, all under 30. The executive chef is only 25, the barman is 27. All’s well, and so why not celebrate the 1 year anniversary in grand style?

The Botanical Club on via Tortona

Celebrations? Said and done. In about a month (fingers crossed, the grand opening is set for June 10) the Botanical Club will open a second venue. Always in Milan, and again in a trendy neighborhood, this time boasting a totally different vibe. In the new via Tortona location, on the ground floor of a modern paned-glass building right in front of Mudec, construction is well under way. The idea is the same: conjugating gourmet cuisine and mixology. But in the Tortona space, the core of Botanical Club will wear a different look, in its same well-defined identity. The perspective will be different. First of all, opening hours: the place will be open to the public at lunchtime: “We will start service at 11 am (Editor’s Note: in via Pastrengo the doors open at 6:30 pm) to showcase a new aspect of our offer and personality. In the evening, we will tune into the international lounge frequency modulation that earned us our popularity around town”. The main outpost will remain in the via Pastrengo location, the exclusive gin production space, and where botanicals will be tested before being added to production. In the via Tortona location’s all bar novelties will take center stage. The team, which is still being designed, has already hired an executive chef and two barmen, all Italians with training abroad, a group which will work in synergy with the via Pastrengo team. 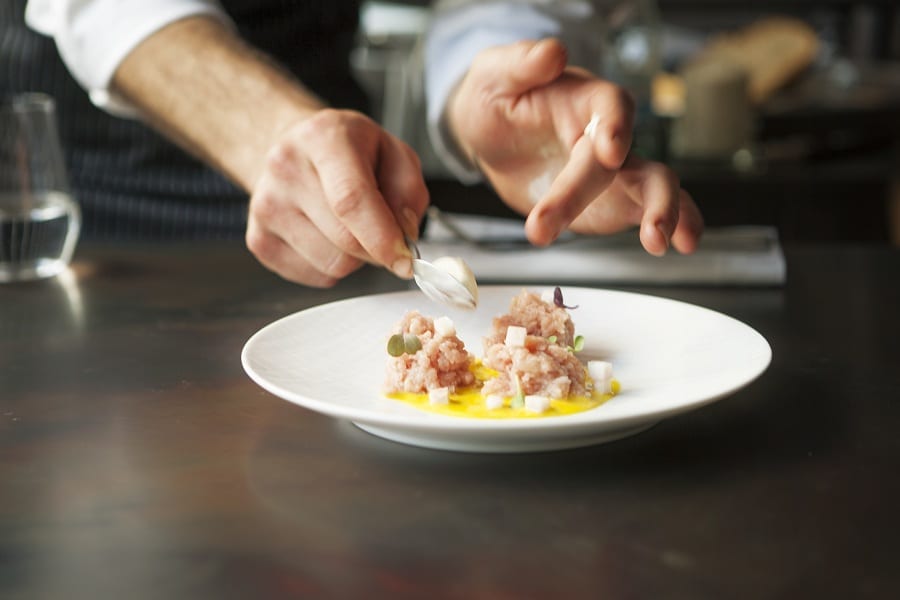 The space. Mobile wings and a raw bar

More surprises are also in the new location’s look: “We’ll adhere to our aesthetic code, with prized wood, wrought iron and marble finishings. Yet the Tortona location lent itself to a new layout and gave us the chance to take advantage of the space’s light”. For this reason the dominant color will be a smoke green chosen for its particular pigment: bright when hit by natural light, moody with the evening’s darkness. The open space will seat around 100 and will be divided by mobile wings on wheels to create private booths, dividers will be draped in vines. In the lounge area, which will be graced by a 30-seat leather sofa, there will be more seating at the solid wood “social table” seating 15, plus a number of round marble cafe tables. Outside, during the warmer months, the patio will provide further seating for 40. The heart of the new Botanical Club however, will be the monumental bar counter with a raw bar for the chef who will be preparing his selection of “crudo” in plain view. The choice for this Catalan-style tapas and small dish sharing layout has found its most popular dish in poke, “a raw marinade borrowed from Hawaii, which we discovered in New York. We immediately loved it and found it functional to our play on botanicals and aromatics”. The raw food offer will include small plates – rather small bowls – a serving concept again borrowed overseas. The kitchen on the other hand will continue to cook dishes in classic Botanical Club-style in order to keep a common thread between both neighborhoods, Isola and Tortona.

Who knows if for the Botanical Club's second anniversary in 2017 there will be more juicy new surprises on the horizon: “Milan is a city going full throttle at the moment. There’s a creative and entrepreneurial sparkle in the air, which helps us to think big”. One step at a time.

The Botanical Club | Milan | via Pastrengo, 11 | open Monday to Saturday, from 6.30 pm to 2 am | www.thebotanicalclub.com 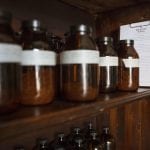 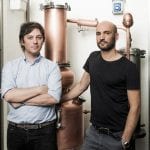 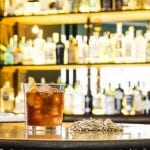 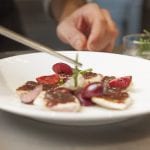 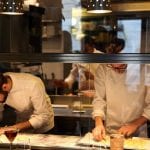 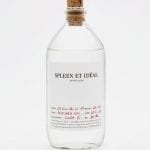 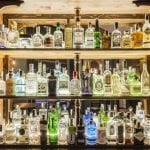