The best specialty coffees in Naples 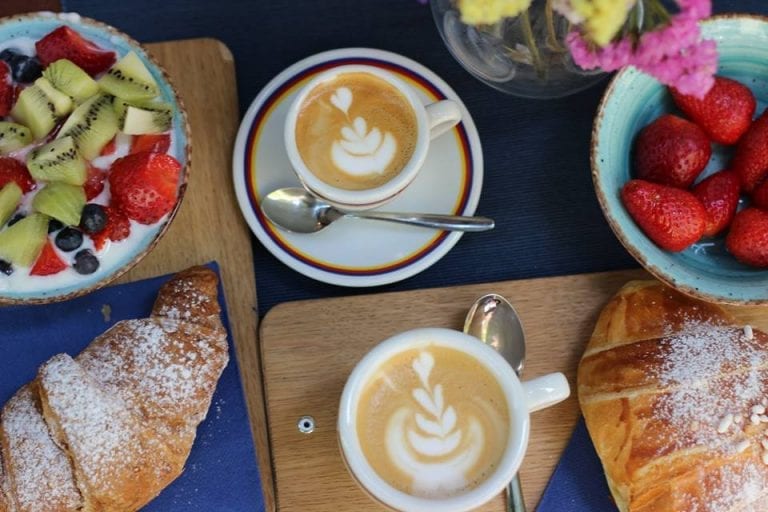 There are only two niche bars that have decided to bring the concept of specialty coffee - filter coffee and, more in general, quality coffee - to Naples, home of the "tazzulella." But they are doing a great job: here's who they are.

A heavy, piping hot white ceramic cup, containing a full-bodied black beverage topped with a thick caramelly foam and a lingering flavour: that's coffee in Naples, the famous "tazzulella" cup that has become representsative of the city all over the world, a ritual that brings ancient traditions and sweet habits that characterize intense and inimitable Neapolitan folklore. Take caffè sospeso, for instance––suspended coffee––one of the noblest and most imitated practices: someone pays for two espressos but drinks only one; the other is for the customer who will come and who cannot afford it. A long-life love story that––as often happens in these cases––over time becomes a myth in all intents and purposes, so much so that real protagonist is often overlooked: the coffee. Although black gold is part of the collective memory of Campania, the quality of the beans is not always of equally high standard. Be it traditional to enjoy a beverage with a consistent and creamy body, or the habit of drinking it at such high temperature that overpowers the aromaticity of the product, but too often the average standard of Neapolitan bars is more disappointing than expected.

Yet, there are people who have chosen to invest in such an intricate landscape with a demanding and difficult clientele. Baristas who have risked, offering specialty coffee, that's more acidic, dynamic, with an elegant and less robust aromatic texture. Clean cups, whose contents is less dense, without any hint of burned or bitter flavours that we often find in the traditional espresso. Coffee extractions span beyond espresso (which is however different from the conventional one we're accustomed to) but also filter coffee, a system that gives life to less dense drinks, with a more varied aromatic profile and a fine taste.

For the time being there are only two, they are the pioneers of specialty coffee in Naples and surroundings, but we are sure that the city will soon surprise us with more. Vincenzo Fioretto really did risk, but his daring gemble was amply repaid by the public who, in spite of his convictions, was immediately intrigued by this new approach to coffee. In Fioretto's bar in the Vomero neighborhood––the first inaugurating an innovative coffee bar concept––it's possible to order high-quality espresso and filter coffee made with Ditta Artigianale beans, who immediately believed in the project, but also with the beans of Campana Caffè, the Bugan Coffee Lab, the Barn in Berlin and many other Italian and foreign niche realities that change on rotation. In the morning, the counter churns out impeccable cappuccinos that are perfectly decorated with milk foam according to the dictates of Latte Art, and served a good selection of homemade pastries and croissants. In short, this is a bar that managed to shake a coffee scene that had remained motionless, and to which we can only wish best of luck. 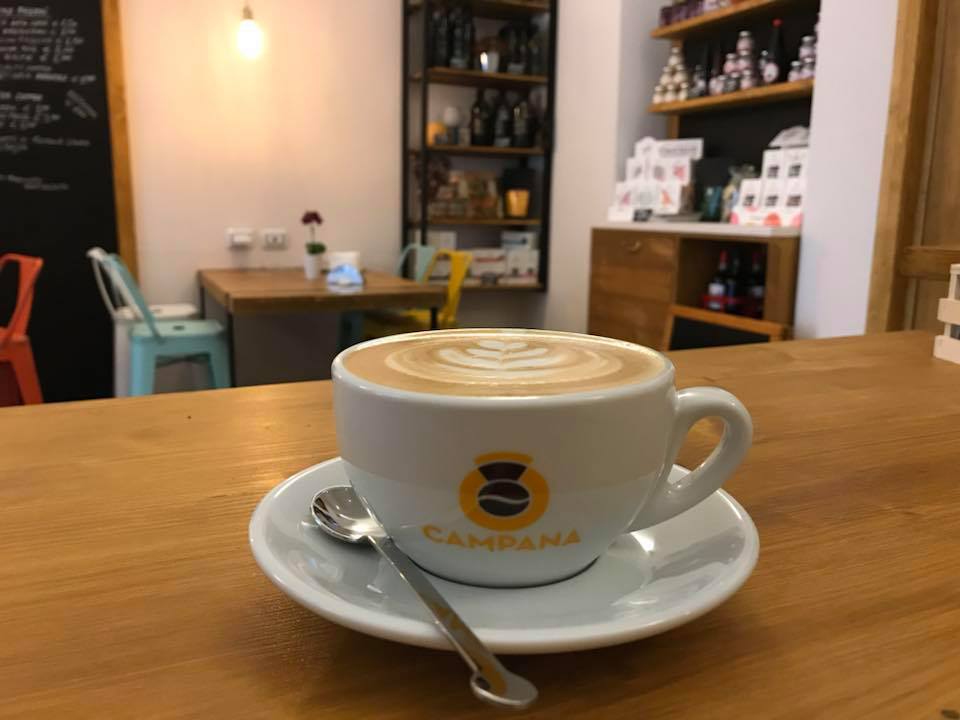 No more than twenty kilometers away is the elegant centre of Pompeii, a real gem of a town located not far from Naples. Here, in one of the most well-kept and evocative streets of the town centre, with views of the Sanctuary of the Blessed Virgin of the Rosary of Pompeii in the distance, is one of the most surprising recent coffee bars. It's Campana Bottega di Caffè Speciali, a coffee shop that opened just over a year ago and which has already managed to establish itself as a reference point for a qualty coffee cup. The in-house roasted beans are the reflection of a family story that started in the 1940s by grandfather Sabino and that's continued to this day in the nearby town of Torre Annunziata. To innovate the roasting was young and determined Paola Campana, with her brother they also gave life to the bar. This is a well-kept and tastefully decorated coffee bar where you can choose between different single origin beans on rotation––for espresso or for filter coffee––and the house blend. Precise extractions, great aromatic complexity and above all a high level service offered by the skilled staff distinguish this small shop. A note of merit also goes to the excellent selection of food products, from preserves to pastries, from single portions to a whole range of biscuits, a pastry line bearing the signature of the greatest local artisans.