The 5 “emotional eater” profiles, which one are you? 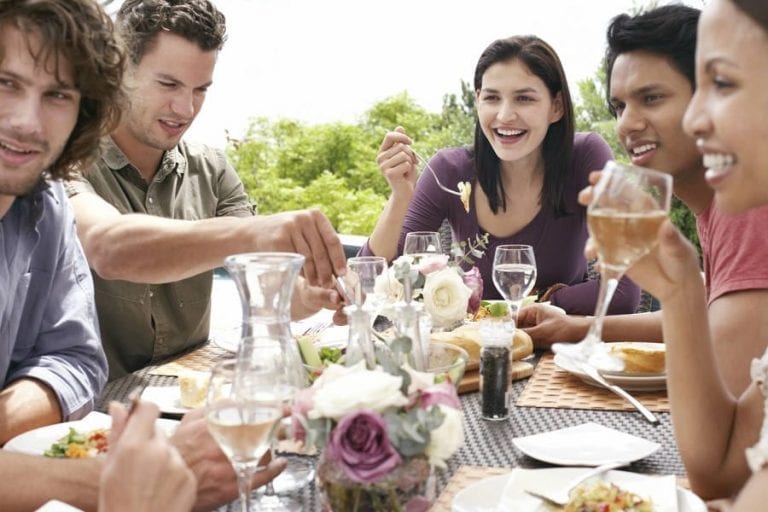 Behaviours change from person to person, especially so at the dinner table. The relationship with food is both personal – since we choose foods based on individual tastes and preferences – and social given the many instances eaters can be influenced by their peers. British nutritionist Hala El-Shafie has defined 5 consumer profiles in which, at one point or another, everyone can relate to.

Unsuccessfully attempting weight loss? Negative results may stem from limitations in your eating style. According to Hala El-Shafie, a consultant nutritionist and founder of nutrition-rocks.co.uk, there are five “emotional eater” categories that everyone falls into. Effectively changing our eating habits is the only way to break these pre-established blocks.

“Humans don’t eat merely to nourish the body and cut hunger,”explains El-Shafie “otherwise obesity would not be so widespread and, at the same time, the almost manic interest in healthy eating would not exist either”. Our relationship with food, El-Shafie continues, “is very complex and difficult to manage. Hence the existence of undernourishment, yo-yo dieting, overindulging”. In this relationship with eating equation, social elements and behaviours also enter, which heavily influence our choices at the table.

The 5 categories of emotional eaters

When you are under stress, your body is likely to be producing higher levels of cortisol, a stress hormone that tends to make people crave sweet and salty food - the stuff that's generally not good for us.To contrast this, El-Shafie suggests keeping a food journal to correlate cravings with triggering episodes. Mindfulness, meditation and yoga are excellent practices to learn to manage stress and thus overcome the triggers to emotional eating.

Living a busy life often means sleeping less and not deeply, this makes us irritable and constantly tired. Sleep deprived eaters have poor sleep so turn to sugar/caffeine to get them through nutritionally and emotionally. Staying awake to make the best of available time at the cost of rest triggers a vicious cycle vicious cycle the next day. Sleep deprivation also causes irregularities with the hormones that determine hunger and fullness cues.

Sleep deprivation has been shown to affect cravings specifically for both sugar and carbohydrates and lead to binge eating. Because of this, it's vital to reduce your triggers so that you work on improving yoursleep.

The perfectionist eaters usually have an “all or nothing” approach to the way they eat. It may also be indicative of you being a perfectionist in other areas of your life but that challenge is that this can severely affect self esteem and also set you up for failure with unsustainable and unrealistic goals. Eating restrictively and missing out food groups such as carbs could lead to nutritional deficiencies. Often the appeal of 'bad food' simply stems because we've placed a restriction on it and want to eat it because it's something we think we shouldn't have.

The golden rule is, don’t deprive yourself. Eating healthy, says El-Shafie, should not become an obsession. “Include all foods, journaling daily is the most important rule” and above all, “don’t associate food to the concept of reward”.

This category exasperates the previous; those who belong to it celebrate and commiserate with food. Strongemotional associations based on childhood eating habits can be easily carried over into adulthood. “Don’t seek personal satisfaction lost elsewhere by way of food. Without knowing it this becomes detrimental for our self-esteem, leaving us with a sense of dissatisfaction and frustration that are hard to manage”. It’s important to shift away from thinking of food as a 'treat' or a 'reward'. Instead, start 'treating' or 'rewarding' yourself with non-food treats such as a massage, manicure, facial or haircut.

These are people who are easily influenced emotionally by surroundings and the people they're withand by social media. These are usually particularly assertive people and that tend to be complacent with everybody. They are usually inclined to be influenced by the group’s decisions, in the case of group meals, and behave in a completely different manner when alone. To analyse this inclination, we need to “understand ourselves and keep track of how we behave differently depending on the different environments and stimuli”. Mostly, “learning to say no, thanks!”