Technology advancements can treat and conserve barrel jellies as food 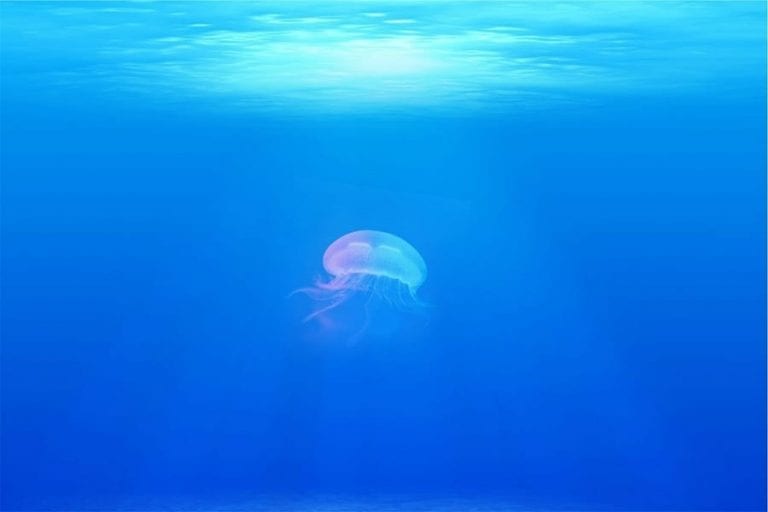 Rich in minerals and collagen, jellies could soon end up in our plates. Studies to understand how to treat these creatures could in fact very well add them to the long list of novel foods, increasing the varieties of edible seafood.

Rhizostoma pulmo, or Barrel jellies is a mildly stinging jellyfish that’s very commonly found all along the Adriatic and Ionian coast of Italy. These creatures can grow to 50-60 cm in diameter and weigh as much as 10 kg. This variety of jellies has been under the magnifying lens  at Federcoopesca-Confcooperative and researched by Centro Italiano Ricerche e Studi per la Pesca, that conducted a study to patent safely handle these organisms, dehydrating them and making them edible. Barrel jellies could in fact soon be eaten like any other seafood product in Italy too, thus officially entering in the Italian menu. A delicacy in Asia for centuries, jellyfish is a low-calorie food, rich in minerals, protein and collagen. They are most widely found along the coasts of Sicily and Puglia thanks to summer marine currents that push the schools to Italy from neighbouring countries such as Lebanon, Egypt and Israel.

Jellies are for the most part made of water (up to 95% in certain species), and represent a light and digestible source of nutrition for anyone. It’s already been 3 years since the beginning of the study validating the safety while waiting for EFSA certification, European Food Safety authority. “In Asia jellyfish are treated with a labour intensive process of dehydration with salt and alum. Consuming imports from Asia in Europe must adhere to strict law-enforced checks. Some species are in fact toxic, like the Pelagia variety  that is very common in Italian waters. These cannot be consumed fresh but could become comestibles once treated”. This was the comment made by Antonella Leone, research scientist at Cnr-Istituto of animal production studies, in 2014 when she mentioned the possibility of adding jellyfish in the list of novel foods. The research has since progressed and although details on the study cannot be disclosed yet. The results appear to be close to positive. The green light on the jellyfish as food project could soon be “a way of diversifying the work of fisheries and find new markets” explains Federcoopesca. According to a survey conducted by the Association, 2 Italians out of 3 are in favour of tasting new foods and trying new flavours.  In the meantime, the presence of these animals in the Italian sea continues to grow. There’s even talk of an app developed to map the migratory patterns of jellies along the Italian coasts. According to the numbers of the platform “Occhio alla Medusa”, in 6 years jellies have grown from 300 to 3000, with a 10% growth in the last year alone. Going from threat to resource, it appears that jellies have what it takes to become a part of our gastronomy tradition.