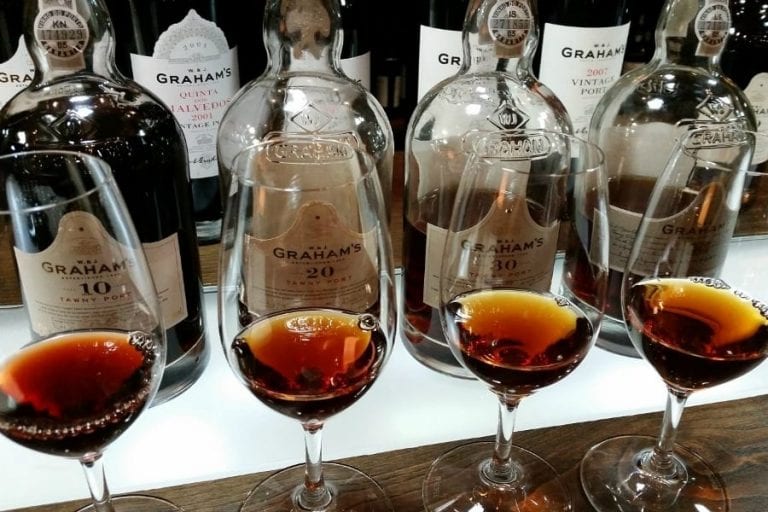 In winter Vila Nova de Gaia, which faces the city of Porto, owns the same demure and slightly retro charm of the barcos rabelo (typical vessels which in the past were used to transport the famed local wine) moored on the banks of the Douro. Sailing down the river all the historic cellars are lined up one after the other, Cálem, Noval, Sandeman, Taylor’s, Offley, Ramos Pinto, Cockburn's and, last but not least, Graham’s. This is our destination. In regards to the other cellars, this one is located on a small bluff overlooking a breathtaking view of the Ribeira neighborhood and the Dom Luis I bridge below. This happens despite the the swarm of oeno-tourist busses that pirouette around the many “Lodges” and which unload an average 60,000 people each year.

Graham’s originates in 1820 when brothers William and John Graham – Scottish textile merchants – start producing wine in the Douro Valley after receiving 27 barrels of Port as payment of an old debt. Passion and entrepreneurial skills over the decades, in addition to important acquisitions like Quinta Dos Malvedos in 1890, manage to drive Graham’s to becoming an absolute reference point. So much so that Sir Winston Churchill soon becomes the cellar’s most avid customer. After 150 years, in 1970, the business changes hands and is purchased by the Symington Family Estates; today it is conducted by five cousins, Paul, Johnny, Rupert, Dominic and Charles. In addition to Graham’s, the family also manages other renowned Port labels like Warre's, Dow's, Cockburn's and Quinta do Vesuvio, as pioneers in developing important DOC Douro labels in collaboration with the Pratz family in Bordeaux.

The cellars and their treasures

Regardless of the recent renovation of Graham’s Lodge, dated 1890, walking into its cellars surrounded by thick granite walls that maintain temperatures constant, it truly feels like descending in a past space-time warp. Visitors will find themselves strolling amid forty or so toneis (1000-litre capacity barrells) and balseiros (large oak vats that can contain up to 10,000 liters of wine) and heaps of old pipes (Port casks, there are around 2,000) that are still cradling 19th Century wines. The location also offers a fine dining experience at Vinum, a spectacular restaurant inside the ancient cellars, which are protected behind glass. The cuisine at Vinum is designed to exalt the wines and boasts perhaps the city’s most stunning view.

After perusing the Symington’s private family cellars, visitors reach the small yet charming private tasting room, where Emiliano Di Renzo, market manager at Graham’s, offers us an unmissable degustation of their best Port wines, which for the occasion, span various aging decades.

The LBV category is conferred to Port wines that have been declared Vintage and which are not immediately bottled, rather mature 4 to 6 years in wood casks. For this reason, compared to pure Vintage wines that only mature 2 years in wood and then immediately after in bottles, the LBVs can be imbibed upon opening, and enjoyed at once. This 2009 vintage in particular, on average a rather dry year in terms of precipitation, lends the Port aromas of cherry, blackberry and spices that prelude to a warm, enveloping and in many ways sensual sip.

This Port can be defined as a “single quinta” that is one produced with the grapes of a single estate (in this case, Quinta Dos Malvedos) in a millesimal in which the official Vintage was not produced. This particular “Quinta Dos Malvedos” 2001, contrary to common thought, is endowed with character and blends notes of mulberry, soil and tobacco in a well calibrated, coherent structure of pleasant alcoholic presence. This wine is for those wishing to understand the potential of a Vintage with an enviable quality-price ratio.

Vintages in the Porto world somewhat represent what classic method millesimati vintages are to spumanti, that is produced in what are considered exceptional years. Compared to the previous bottle, there’s greater depth and complexity in the wine which are immediately apparent. The nose picks up sensations of blueberry, plum, eucalyptus and black spices in an opulent, vibrant and velvety body. The wine is impeccably balanced and persistent. As it’s still young, waiting another 50 years will allow to grasp its full potential.

Many in Vila Nova de Gaia are counting on this vintage, considering it the best in the last 15 years. Those expecting a major evolution in the wine compared to the 2007 vintage will be disappointed, since this Port is still young and remains framed in its aromatic cage: steeped red fruits, prunes, wilted violets and mint. The flavor is explosive, creamy and still possessing scathing tannins, which only time will turn silky. The finish is austere and long.

Twenty-three years lend this wine a pale ruby color and an elegant nose where attentive tasters will find withered violet, raspberry jam, pipe tobacco, eucalyptus and caramel. The flavor is persuasive, with subtle tannins that are perfectly integrated in the structure of this Port, which – like a Chinese acrobat – maintains perfect balance on a boundless time-space tightrope.

Old Tawny wines represent the opposite of the Vintages. The latter, as mentioned, are bottled after two years maturing in oak, with minimal exposure to oxygen. Most of the wine’s evolution will happen in this case, for decades, in the glass bottle. The Aged Tawny wines, on the other hand, are aged in the classic seasoned oak pipas (550-liter capacity casks) for several decades before going into the bottle. The resulting color is a deep tawny, what gives the Port its name. This is the consequence of oxidation of the wine aged in oak. The labels available describe its four different ages: 10, 20, 30 and 40 years. It’s important to remember that a 30 Year Aged Tawny, for example, is a wise blend of various aged Port wines whose average age is thirty years, including color and mostly flavour. In this case, the leading role is played by the Master Blender, that is the person who, after repeated tastings in the cellar, will decide how to cut the Port according to the company’s style.

Given this consideration, the Graham’s 10 Year Old Tawny Port possesses a deep amber color that preludes to complex nutty aromas of walnut husk, chestnut, bitter almond, raisins, candied citrus and thyme. On the palate, the wine is persistent, with an almost oily mouthfeel that coats the palate with balance and power. Time stands still in the rich, mature fruit flavours which are beautifully mellowed with a luscious, long finish.

Compared to the previous, this wine shows off a slightly lighter amber hue, with an excellent bouquet of persistent yet regal perfumes: bitter orange, cola, barley, date, dried fig and malt. On the palate it is syrupy, smooth and rich with elegant oxidative notes which open in a mellow, proportionate balance, especially marked in the long and elegant finish with hints of soil and rye bread.

The color in this Port goes in an even lighter direction, and the classic tawny hue leaves room to a light orange-tinted amber. Raising the glass of this precious wine the manifold aromas deliver immediate barley candy, mahogany, rhubarb, dried mint, the fragrance of baked cookies, maple syrup and dried orange peel. On the palate, flavors chase the aromas in a soft, gorgeously mellow sweetness, and a solemn, long finish of dried fruits. A true meditation wine.

The incredibly bright mahogany color that veers to golden is merely the overture of this incredible Aged Tawny Port. Its aromatic endowment is such that it will astonish even the most seasoned aficionado: quince apple, castagnaccio (chestnut flour pudding), dried gooseberry, gingerbread, toasted coffee, licorice, chocolate, dried fig, chestnut honey, chinotto (Italian citrus soft drink), sugar cane and dried fruit. On the palate it is rich, and the sensually syrupy texture does not offset the fine balance and stunning progression. This is a true masterpiece by Graham’s Master Blender, a fine alchemist who each year creates unique Port wines. A special gift to bestow to future generations of passionate wine lovers. To be experienced with a fine cigar before a summer sunset. 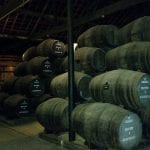 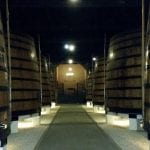 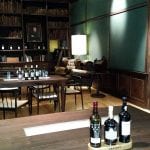 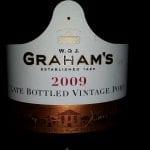 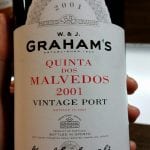 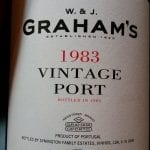 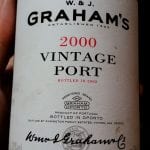 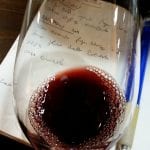 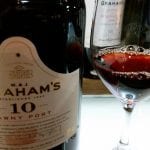 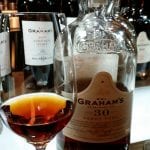 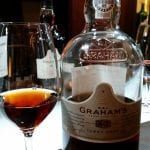 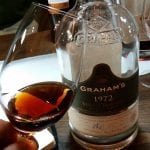