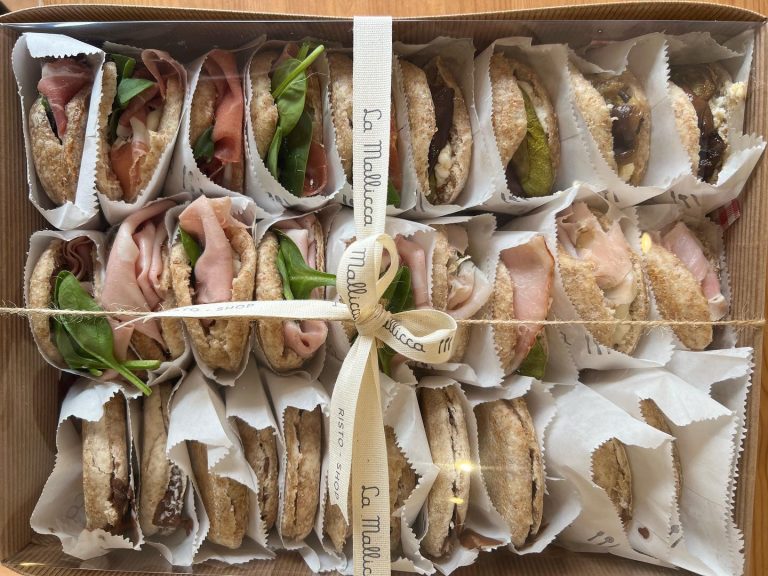 Lots of food to enjoy on the go in the Sardinian capital: from sandwiches to pizza, here’s the best street food in Cagliari.

The warm weather is arriving, and there is nothing better than an outdoor walk, and why not while enjoying a local specialty. Mini-pizzas or sandwiches, pre-portioned cold cuts and cheeses, burgers, baked goods: you're spoiled for choice when it comes to street food in Cagliari. The best ones? Here are the addresses of the 2022 Street Food guide by Gambero Rosso. This is a true Japanese-style gem. Simple and neat, with offerings ranging from raw to hot dishes, which can be enjoyed at the counter or picked up for takeout. Cold offerings include salads and tartare, while hot ones include gyoza and several rice dishes (try the hitsumabushi and katsudon). The excellent green tea tiramisu completes the picture. Homemade bread, meats from the best island farms, and carefully selected ingredients: this is what makes Bombas the best burger restaurant in town. Born in 2014, another location has been opened after only 5 years in Bologna. Extensive menu that boasts also daily specials: among the house specialties, the burger with Asinara wild boar meat, pecorino cheese aged on Cannonau marc and vegetables. 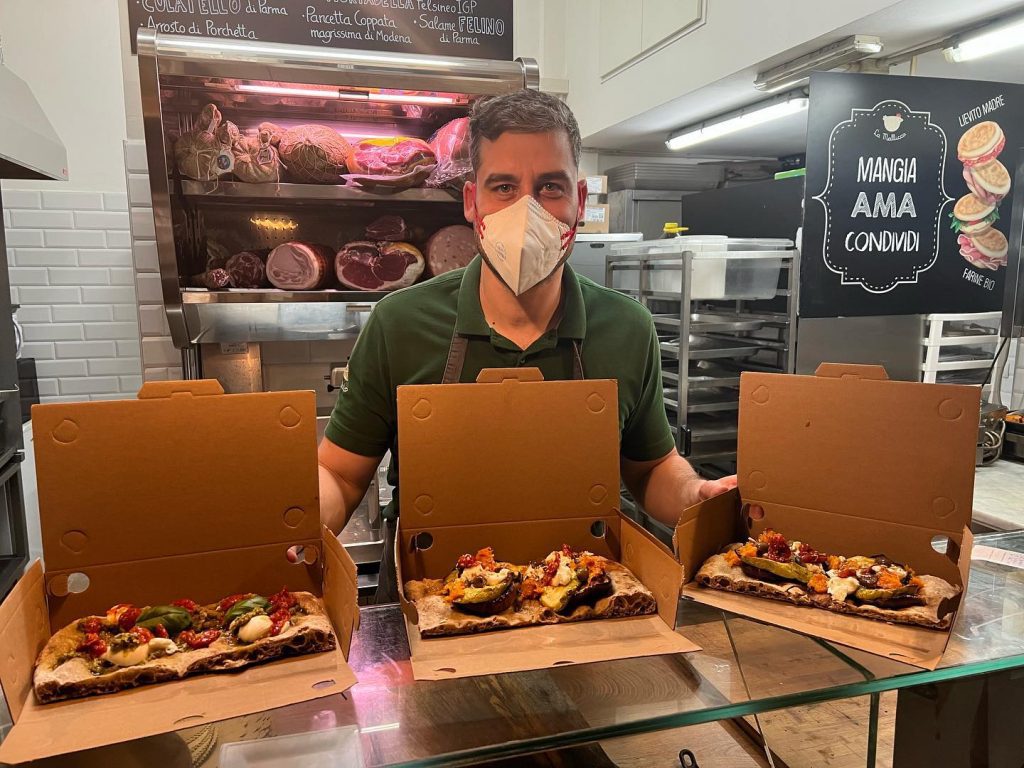 A small, simply furnished eatery, focused on Emilian flavors, starting with fine cured meats to enjoy with tigelle and gnocco fritto bread. Soups, lasagna, salads and a few cold dishes consisting of cheeses, pickles and preserves are also prepared on a daily basis. The highlights here are the cured meats, culatello above all, and then the Modena bacon and Felino salame. 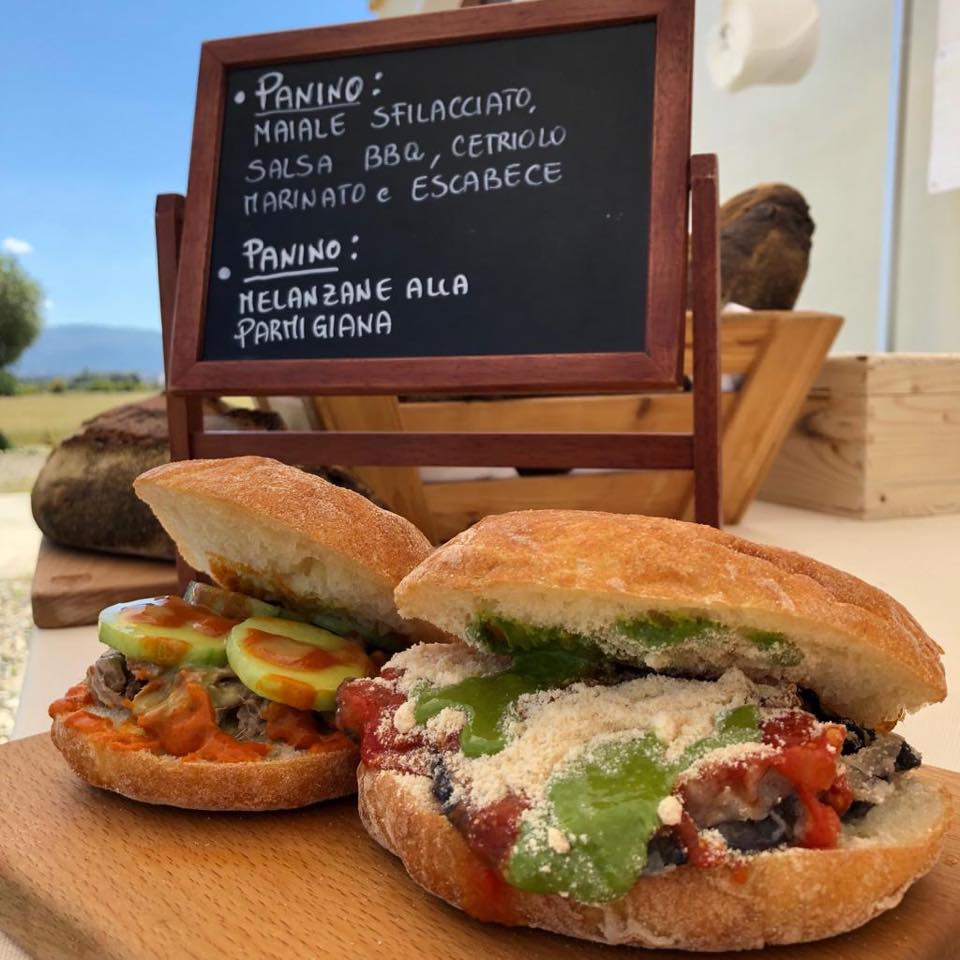 Annex of Cucina.eat and located in the same square, here sandwiches, the ultimate street food, take center stage. There are several options available: there is the Merenda line (you can choose between two ingredients) and then the Dispensa one with cured meats and cheeses, pickles and vegetable spread, or the ‘Cucina’ sandwiches filled with Cucina.eat’s dishes, such as roast beef, grilled eggplants and mustard seeds. Meatballs, salads, desserts and soups are also on the menu. Porta boasts generation of bakers who have taken their offerings from Gonnosfanadiga to other neighboring towns and to the capital city. Here on Mameli Street, in addition to bread, pizza, pastries and baked goods, there is also plenty of delicious pan pizza topped with different flavors. The best? Probably the one with octopus and potatoes, without forgetting the classic margherita and the mouth-watering carbonara. 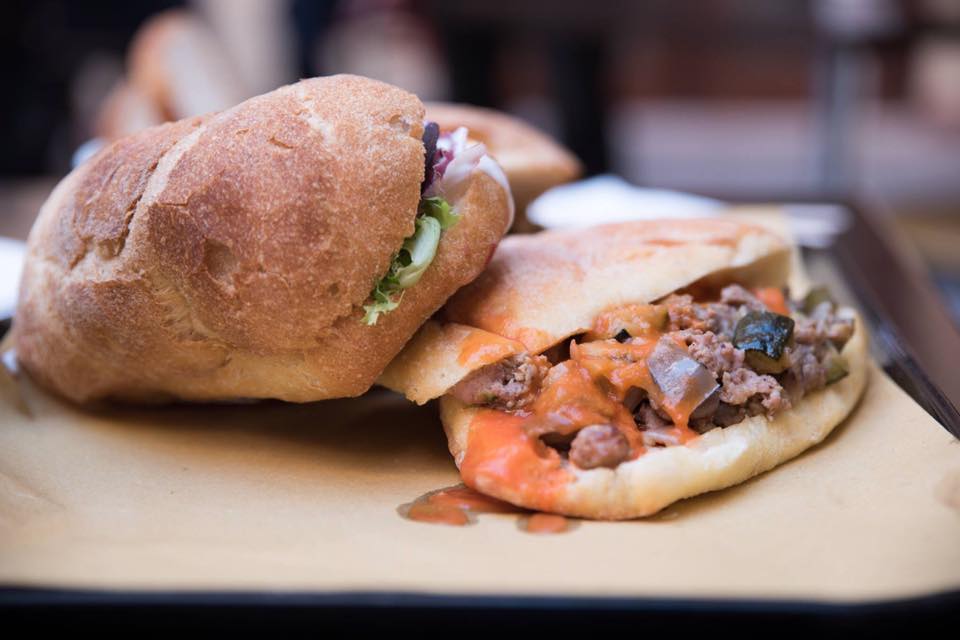 It all began with Sapori di Sardegna in nearby vico dei Mille, then the store opening in Via Baylle that was turned into ‘Sabores’. The direction is still the same and so is the quality of the raw materials: raw milk cheeses and local cured meats take center stage along with wines, especially those from natural productions. Then there is also a kitchen corner that churns out daily few simple yet well-executed dishes. 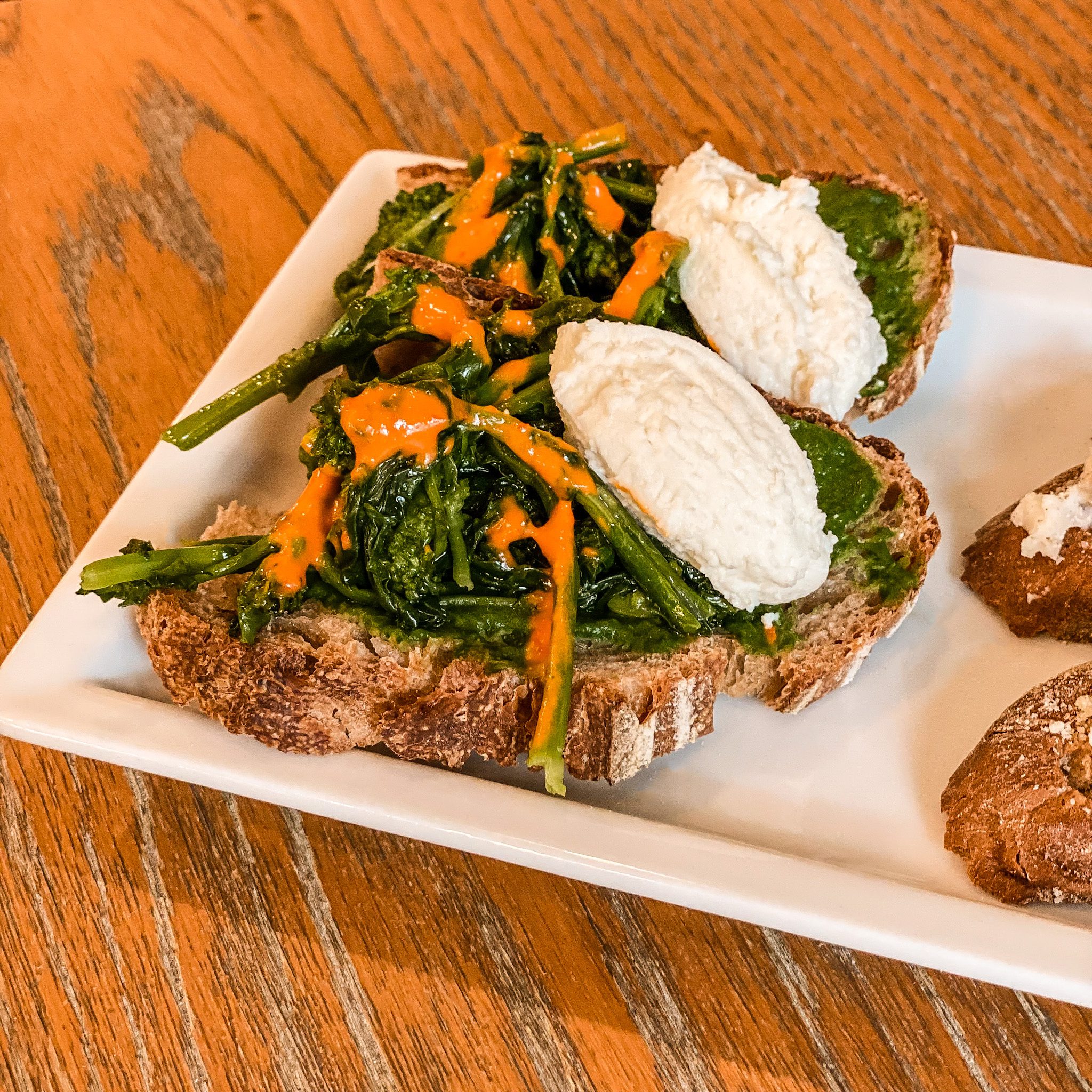 From Monserrato – where it all started – to the San Benedetto market (stall 194), through the Poetto restaurant and the Salsamenteria in Via Sonnino. Here you can go grocery shopping, enjoy breakfast, lunch, aperitifs, or pick up for takeout. From pre-portioned selections of cured meats and cheeses to eat on the go, to sandwiches stuffed with products from the deli counter. You are truly spoiled for choice when it comes to takeout.