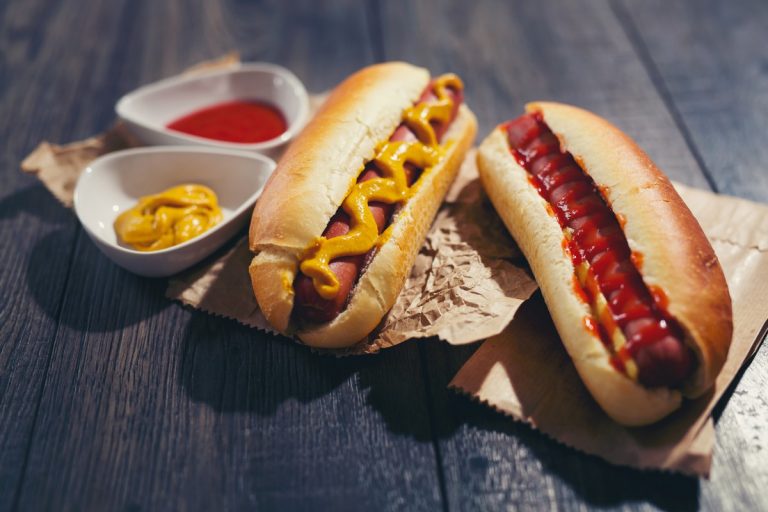 It is perhaps the country that has made street food one of its most famous culinary symbols. Today we're in the United States, in search of the most delicious and famous street foods.

Street food in the United States

It's impossible to mention all the street food of the United States: the most authentic soul of American cuisine can be found in street food, fast and delicious, to eat while walking or bought for a tasty lunch break at kiosks and cafeterias. Many of these specialties then became famous and spread all over the world: the hamburger, for example, today a must-have in any self-respecting pub, often present in smaller and more original shapes even in restaurants and trattorias, a sandwich which has given life to formats, chains and brands that have staked everything on fast dining, a practice that never tires. But then there are also donuts, the lobster roll, the BLT sandwich with bacon, lettuce and tomato, North Carolina pulled pork and Kentucky fried chicken. A series of simple yet delicious dishes, which deserve a separate chapter. This time we have chosen only four, among the most representative: here are the not-to-be-missed street foods. 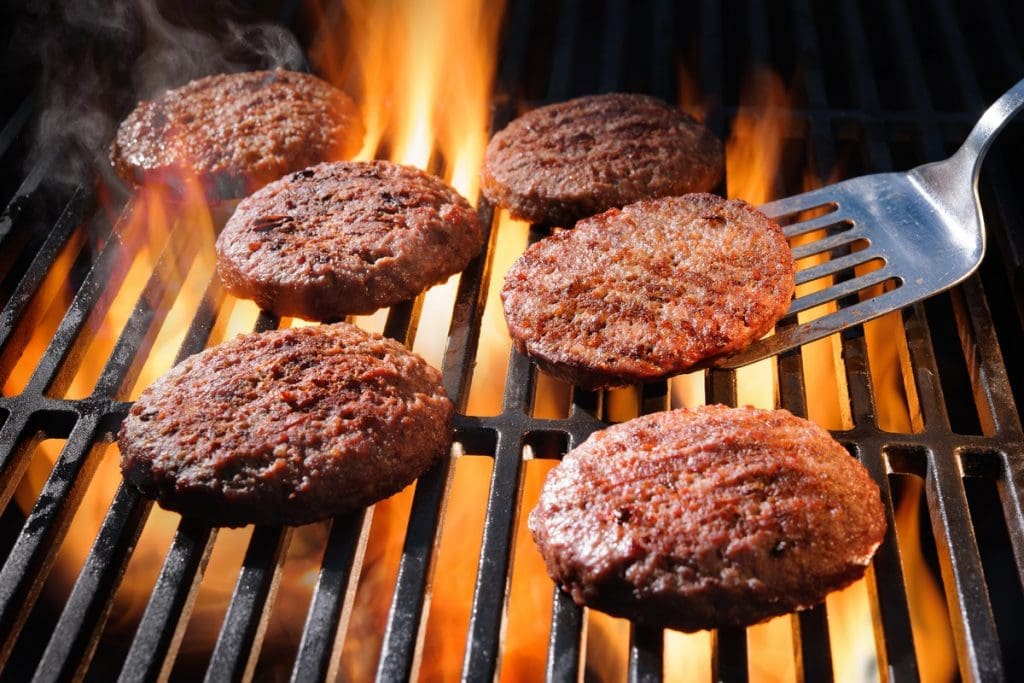 Hamburger, the symbol of the United States

American like apple pie, they say in the States, indicating the country's strong link with apple pie. If we wanted to find a savoury equivalent, it would probably be the hamburger, eaten almost everywhere, but whose history is little known. Legend has it that in 1891 in Hamburg cook Otto Kuasw peeled a sausage from its casing, flattened it and fried it in butter: a simple recipe later known as Hamburg steak, the "Hamburg steak". The German city was in fact famous for its beef, coming from the many cattle farms of the neighbouring countryside. The meat was commonly minced and seasoned, before being immediately cooked in a pan (before the advent of refrigeration, keeping chopped meat was very difficult). As German immigrants began arriving in the United States, beef was gradually replaced by other less expensive cuts of meat. Over time, an Americanised version of the Hamburg steak was created, often enriched with spices, garlic, salt and pepper, grilled or fried. It is said that the first restaurant to introduce hamburgers on the menu was Delmonico's in New York in 1837, costing 10 cents: it was one of the most expensive dishes! Over time, however, the hamburger has become one of the most popular products ever, even more so in the form of a sandwich. 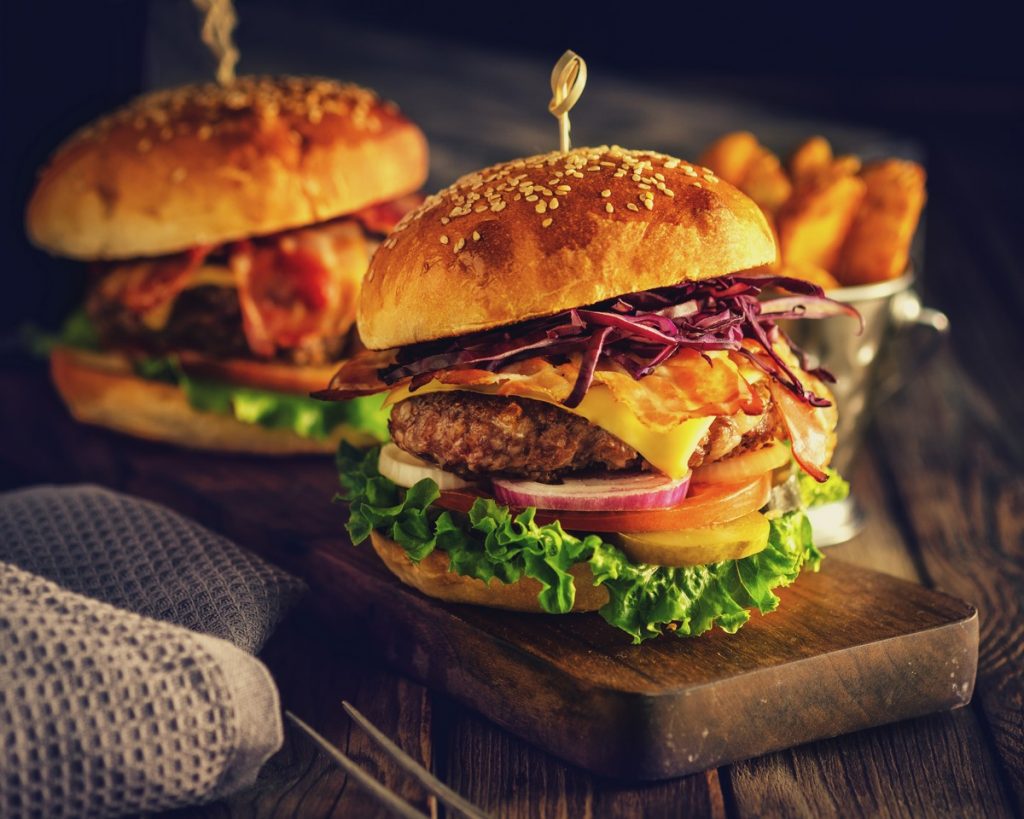 How to make a hamburger

In the classic, gourmet, vegan, light, fish versions... today there are burgers of all kinds, but the original variant is a beef patty cooked quickly at a very high temperature, so as to obtain a perfect exterior bark. Inside, the meat must remain tender and juicy, possibly rare: the ideal cooking is therefore on the grill or on a hot griddle for a few minutes. And then sauces – the inevitable ketchup – a few lettuce leaves, tomatoes and hamburger bread, the classic soft bun to be lightly toasted before closing the sandwich. 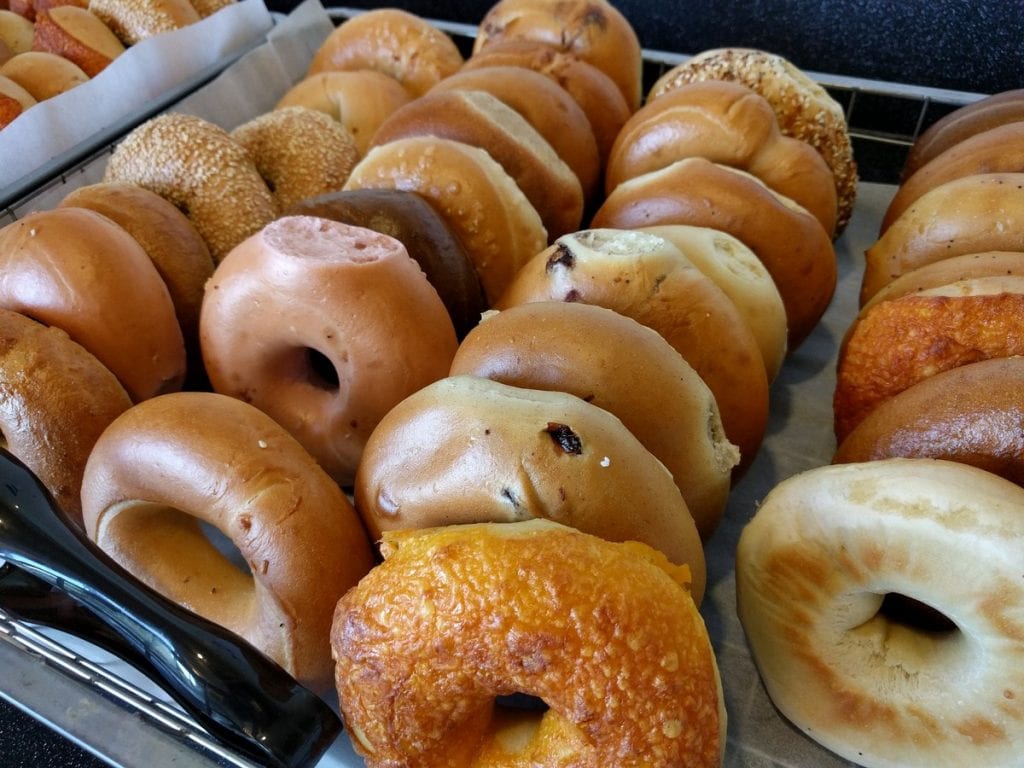 Halfway between sweet and savoury, these leavened donuts with a neutral taste are perfect for toasting and filling with the most diverse ingredients, to be eaten all day starting with breakfast. Bagels draw inspiration from the Jewish tradition, in particular from the Polish krakow bagel: it was precisely the bakers of Poland - a country officially in charge of supplying bread to all of Europe in the Seventeenth century - who created a round bread roll called beugel. A tasty tribute to King Jan Sobieski (John III of Poland), whose intervention was decisive against the Ottoman Empire in the Battle of Vienna in 1683 (in Austrian beugel means stirrup). The first written text to mention bagels is "Community Provisions" of the city of Krakow of 1610, which reports the custom of bagels, small rings of bread offered as a gift to pregnant women, as a symbol of the cycle of life. Between myth and legend, one fact is certain: the bagel became famous over the centuries due to its long shelf life, much longer than traditional bread. Water, flour, salt, yeast and malt are the ingredients that make up the dough, first boiled and then baked in the oven, and often topped with poppy or sesame seeds. Most of the time, it is eaten as a savoury dish, stuffed with cream cheese and smoked salmon; vegetables or ham, but it can also be enjoyed in combination with chocolate and jams. 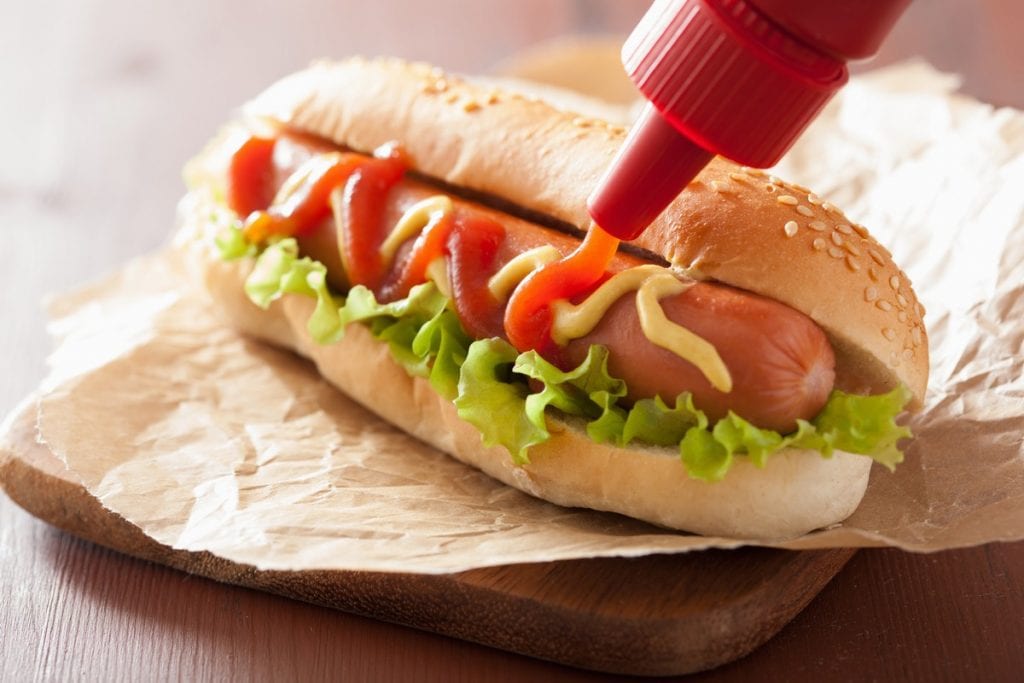 A simpler but equally popular cousin of the hamburger is the hot dog,  bought from street sellers and quickly enjoyed for a hearty snack. The classic recipe is with a soft sandwich (the same bun as the hamburger, but with an elongated shape) frankfurters and sauces - generally mustard - although over time many variations have been born enriched with spices, cheese, preserves and spreads. But let's start with the typical hot dog, frankfurter in English: as the name suggests, the link is once again with Germany, this time with the city of Frankfurt, where products very similar to current hot dog sausages originated. They were known as early as the Thirteenth century, when they were given as gifts to the people on the most important occasions, such as the coronation of King Maximilian II of Habsburg: a small but substantial, cheap, democratic meal. The arrival of many German immigrants in the United States at the beginning of the 19th century brought new products to American kitchens: it is thought that the first hot dog, called "dachshund sausages" probably due to the shape that resembles the famous dog breed, was sold by a German in a street cart in New York City in the 1860s. 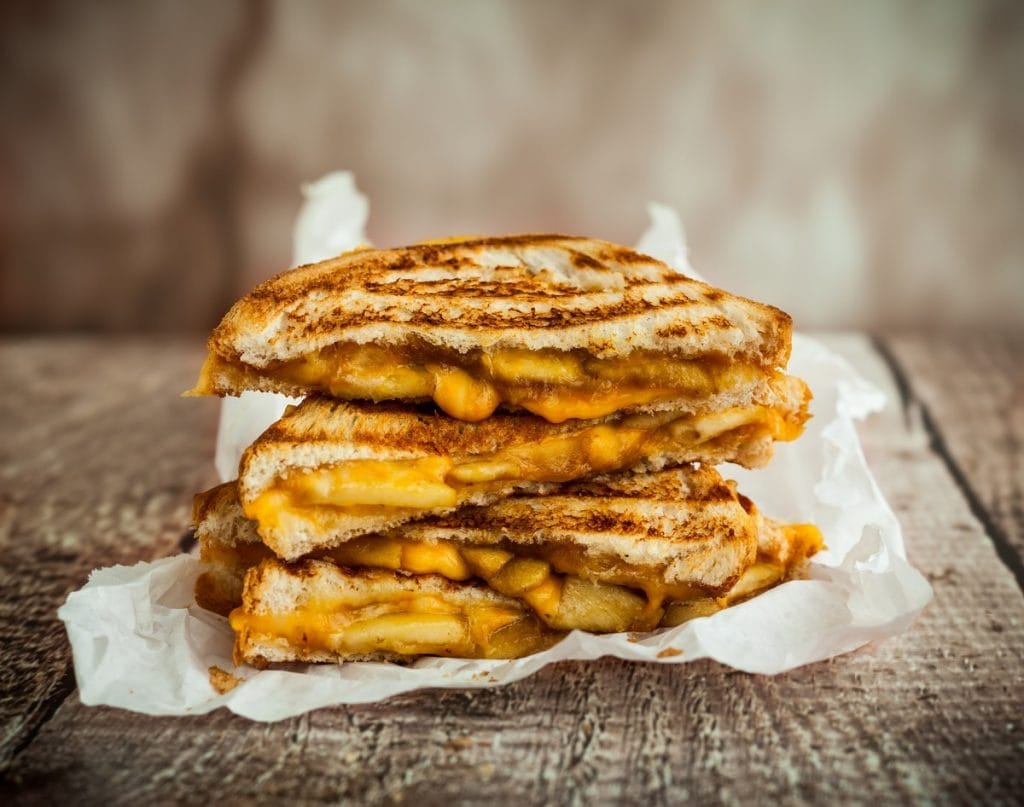 What's better than stringy. melted cheese between two slices of bread? This is the simple and infallible secret of the grilled cheese sandwich, buttered bread slices filled with cheese and grilled until it becomes crisp on the outside and melty on the inside. The first combinations of bread and cheese are lost in the mists of time and traces of it can already be found in ancient Roman recipe books. In the United States this delicacy became very popular at the beginning of the XX century, and then a few years later during the Great Depression, when hearty but cheap dishes were needed: at the time, only one slice of bread with melted cheese was used, the second was added only for workers who needed more energy. An even richer and more famous version is the one invented by Elvis: bread spread with peanut butter and stuffed with cheese and bacon, covered with butter on the outside and fried in a pan. He was a true junk food lover, the king of rock!