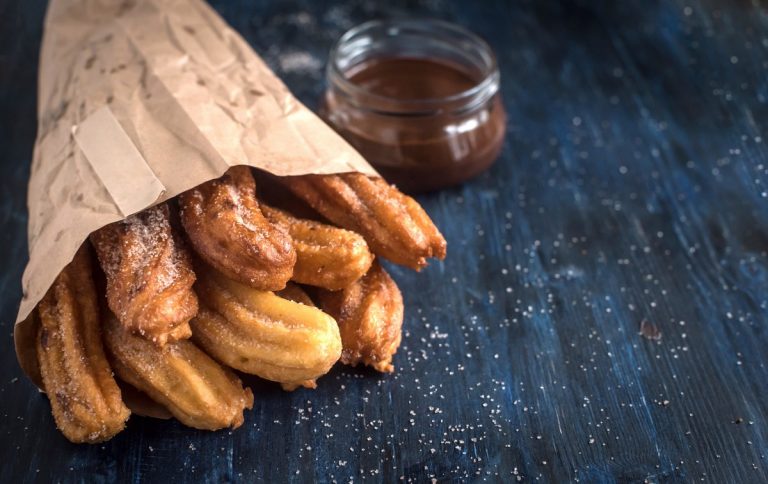 Sweet or savoury, Spanish street food knows how to conquer everyone. There are many specialties to try, from pancakes to sandwiches, but here we have gathered only three: here’s how these delicious recipes were born.

Wide use of aromatic herbs, intense Mediterranean flavours, an ancient and fascinating tradition: Spanish cuisine is among the most authentic in Europe, and the result of a precious agri-food heritage and the wise ability to make each dish unique in its kind. In Spain everything can become street food: after all, we are talking about the country of tapas bars, places that offer small bites thus allowing to try several dishes, a kind of aperitif with many different and characteristic morsels. The name derives from the term tapar, "to cover," and derives from the ancient custom of covering wine glasses in taverns with a piece of bread to avoid dusting them. Therefore, there are many street foods to try: here is a selection with three of the best street foods in Spain. 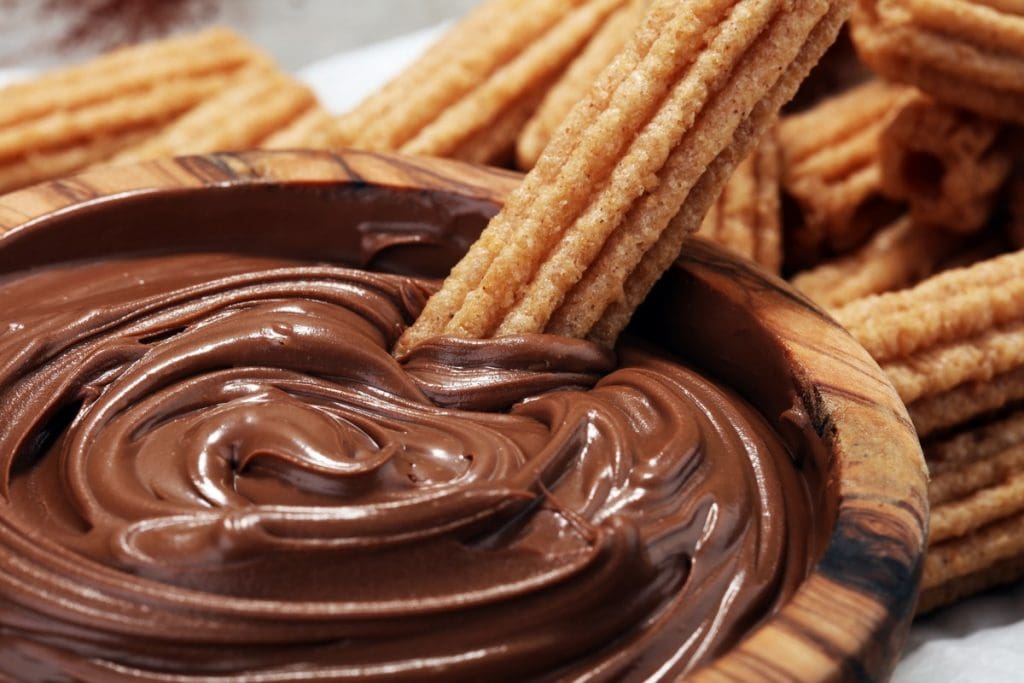 Perfect for dipping into hot chocolate, these elongated pancakes are one of the most popular desserts ever, an ideal comfort food for the coldest days. There are many theories about the origin of churros, according to many they were born thanks to the high mountain Spanish shepherds who, having no access to pastry shops and bakeries of the villages, found themselves forced to create a small sweet themselves, easy to cook on the fire. Supporting this hypothesis is the existence of a breed of sheep called navajo-churro, typical of the Iberian Peninsula and characterised by long horns of a shape similar to the delicacy. Another legend has it that it was Portuguese sailors who imported the recipe, inspired by a food from Northern China called you tiao, a strip of salted and fried dough, eaten for breakfast with rice and tofu.

The dessert, however, has travelled around the world, taking on different shapes, sizes and flavours depending on the territory. Today, we find the Argentinian churro relleno, Cuban guava-filled churros, Mexican churros filled with dulce de leche, and Uruguayan cheese-filled churros. There are also savoury variants, seasoned with cheese, cured meats and spices, but in any case the rule for tasting them is always the same, as the owners of Los Galayos, one of the oldest churrerias in Madrid, have been saying since 1894: "Churros must be eaten without haste!" 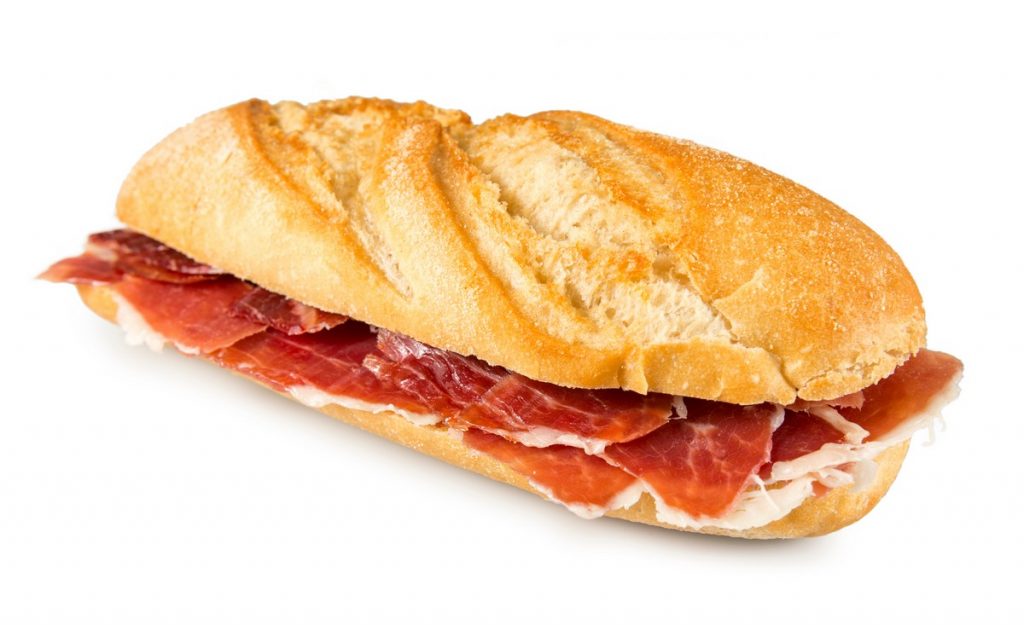 The whole world is a sandwich: there are many types of sandwiches, each country has its own speciality. Perfect for a quick snack or lunch break, ideal for travellers who have little time available but still don't want to give up a taste of typical products, sandwiches have always been the staples of international street food. The Spanish sandwich is called bocadillo, made with barra de pan, the Iberian equivalent of the French baguette, a long and flat white bun, with a soft crumb and golden crust. These are sliced open and filled with all the best ingredients of the local cuisine: among the most traditional, we find tuna, tomatoes, olives and salt, but also the bocadillo with tortilla. The latter is one of the most famous typical dishes of the country, a thick and soft egg and potato omelette, already widespread in the XVI century in the Aztec empire, conquered by Spain. Another popular and delicious version is the one with fried calamari, or with chorizo. 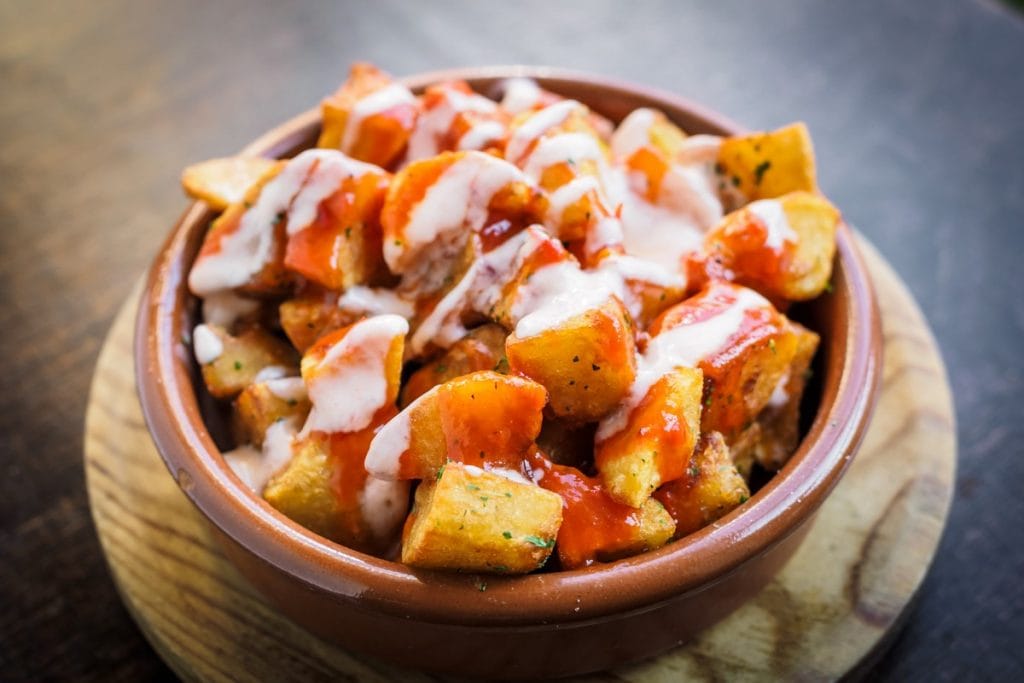 Wild and angry: this is the meaning of bravas, a perfectly fitting term for this preparation with an unmistakable taste, one of the most popular tapas ever. We are talking about patatas bravas, fried cubed potatoes covered with a spicy tomato sauce, traditionally served in a small earthenware bowl. A recipe born in Madrid after the conquest of the Inca empire, a moment that marked the arrival in Spain of several new ingredients such as the tomato. An inexpensive specialty that everyone agrees on, a must in any self-respecting tapas bar, so named for its simplicity but also for the spiciness of the sauce, which varies from region to region. In Catalonia, for example, it is prepared with chilli pepper, olive oil, paprika and vinegar. But every family has its own recipe: what can never be missing from this dish on the go is the spicy touch that makes the potatoes… bravas.